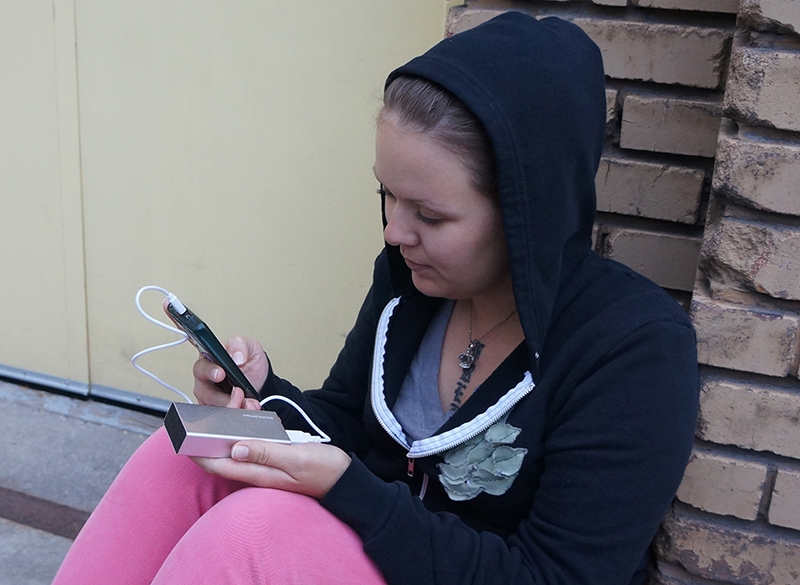 Follett Boarding Company is a local company that has been producing snowboards since June 2012. The “Imprint” deck is their first venture into the skateboarding world. Follett uses the same USA-based manufacturer as many other larger companies. The board is pretty solid—I have been skating it for about a month without any major concerns for its strength. A basic popsicle shape and seven layers of maple make for a quality canvas for a sub-par graphic. This is my only gripe: It seems like ideas for a graphic were sparse when it came time to release a board. The deck is what is replaced the most, so I expect something appealing to look at. Their snowboards have set themes and great use of space, but the board I have been riding uses neither. Checkerboard with a logo in each block as a graphic will not attract people to buy your product. The price is slightly more than what you would pay for a shop board, and less than what the larger companies would charge. I would love to support a native business, but they need something to set them apart from other companies. The Imprint deck is average in all aspects. –Michael Sanchez

I had my doubts, but after seeing the Instafire do work, I’m a believer. This stuff resembles a chunkier version of kitty litter, and it’ll burn till hell freezes over. As the packaging says, this product releases no harmful chemicals into the air, which eased my mind when I went to test it in my grill for dinner one night. Starting this interesting mixture of wood, volcanic materials and paraffin was the easiest part, as I lit the pile underneath my pile of charcoal. To my surprise, about one cup of it burned steadily for about 20 minutes and ignited every coal. The downside to this product is that it’s designed for a survival situation, so trying to keep kitty litter from falling through grill grates kind of sucks—all it took me was a bit of jimmy rigging. The safety is another highlight. When watching the owner of the company physically attest to this at the Outdoor Retailers Expo, I was intrigued by his confidence. The man scooped up a pile in his hand, lit it on fire and stood there like a monk. When he was done with the demonstration, all he had to do was drop the handful and it was out. P.S. It’s local, too. –Tim Kronenberg