00:00 / 16:39
Spotify Stitcher
RSS Feed
Share
Link
Embed
Forget freezing your ass off in Park City while hoping to snag a peek of Paris Hilton at some exclusive screening that you probably won’t be getting into.  On August 14, 15 and 16 Chris Bradshaw, Matt Whittaker and the rest of their nine-person staff are bringing a brand new film fest to Salt Lake––the Salt Lake City Film Festival.

Room For One More: The Salt Lake City Film Festival 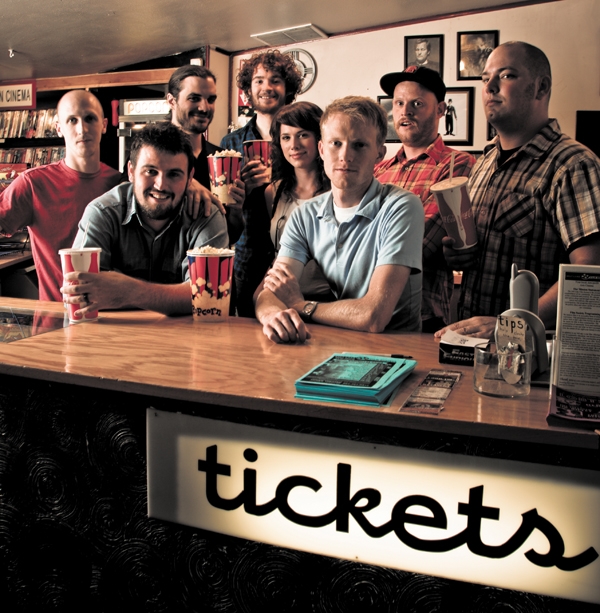 Forget freezing your ass off in Park City while hoping to snag a peek of Paris Hilton at some exclusive screening that you probably won’t be getting into.  On August 14, 15 and 16 Chris Bradshaw, Matt Whittaker and the rest of their nine-person staff are bringing a brand new film fest to Salt Lake––the Salt Lake City Film Festival. Don’t expect to rub shoulders with the rich and famous though, at the Salt Lake City Film Festival you’re more likely to run into local folks who are interested in seeing films without the frills of exclusive parties, sponsor lounges, free gift bags and the hubbub associated with mainstream mainstream film festivals. The three-day event will host screenings at Tower Theater, The Post Theater and The Salt Lake City Library.–Lilly D. Scott

SLUG: What made you want to create a film festival in Salt Lake City when we already have Sundance and numerous others in our backyard?

Whittaker: We look at it like this: Salt Lake has a great film scene, but all too often when you put independent film and Salt Lake into the same sentence people think Sundance. Don’t get me wrong, Sundance is great! Utah should be very proud of that gem, but there is so much more that goes on with independent film in our town. There is this complicated web of film-based programs and organizations available all over the valley and literally all year long. We wanted to add something new to that landscape. Something that only happens for a handful of days in August which spotlights not only the independent filmmaker, but also the independent business, the independent musician … etc. We wanted a festival for Salt Lake City by Salt Lake City.

Bradshaw: Salt Lake City is our stomping ground, our home and SLCFF’s new playground. We are making an effort to unite with local businesses and venues that can add some serious flare, providing an event worth looking forward to. We are not just going to be screening great films—we will make every film selection an event. For instance, one of this year’s selections is the documentary Best Worst Movie. Not only are we going out of our way to get the filmmakers and cast here, we are also screening the cult classic and subject focal point of Best Worst Movie: Troll 2.

SLUG: What are the backgrounds of the festival’s creators and jury members?

Whittaker: I was born in Salt Lake City. I lived half my life here and half my life in Sandy, where I spent most of my time growing up on a steady diet of skateboarding, obsessing over movies and playing drums in bands like: Birthquake, El Toro, Airliner, and The Assasinators. As for film, I’ve been doing things on all sides of the camera for several years. I hold a BA in Film and have worked as an actor in a number of commercial and independent films including, the infamous Sci-Fi Channel cult classic, Ice Spiders. I feel a bizarre mix of shame and pride with holding that in my bucket of background information. Most of my attention is focused on everything behind the camera- direction, production, and cinematography.  Everyone on our staff has spent most their lives in and around the local art, music, and film scene. Chris and I are lucky to work with people as creative and connected, not to mention dedicated to their community.

Bradshaw: I am a freelance film and video editor who has worked his way from the drudges of wedding videography to the more rewarding industrial production. I am the director of 10 narrative short films, two documentaries and five industrial spots. I have edited over 30 productions. Independent film is not simply an interest, it is a sick and unhealthy life long obsession.

SLUG: What other film festival’s have inspired The Salt Lake City Film Festival? Bradshaw: Last year Matt and I attended CineVegas, I’m sure that’s where the gears started turning. I always try to attend Sundance as well but I can’t say I was ever influenced whilst freezing outside in a standby line—not a very inspirationally motivating climate.

Whittaker: For me, both CineVegas and SXSW have been especially influential. CineVegas keeps up the party while simultaneously screening great films and keeping everything cozy/accessible to everyone. It’s a very healthy mix. Likewise, SXSW is simply a masterpiece of organization/coordination. What they do is so complicated, but you’d never know. We hope to emulate, over time, that type of widespread fun. After all, a festival is supposed to be just that.

SLUG: What type of audience do you want/hope to attract?

Whittaker: I love talking about demographics in our meetings. It makes me feel like making graphs and pie charts until Chris reminds me that we don’t have money for pie or charts. Really though, I personally hope that little by little we’re able to attract as diverse a crowd as the one that attends the Arts Festival––men and women, young and old, accountants and artists. Our films this year are so diverse and independent from one another that we really should have a healthy mix from every walk life.

SLUG: What types of film can people expect to see at the festival?

Bradshaw: We have a lot of documentary features this year and I’m excited about every single one. Best Worst Movie, Hi My Name is Ryan (Utah/Arizona produced), Chip on My Shoulder: The Cautionary Tale of Slapshot, [documenting the 1980s straightedge hardcore band from Boston] In Pursuit of Panama (Utah produced) and many more. As for Narrative Features: Breaking Upwards, directed by Daryl Wein (featuring Zoe Lister Jones–State of Play, Julie White–Transformers: Revenge of the Fallen and Peter Friedman–The Savages).

Whittaker: White On Rice–directed by David Boyle. This film is set for theatrical release in September but Dave was kind enough to lend us the print for a sneak preview so to speak. The SLCFF is excited to screen it. It has screened at several festivals.

SLUG: How can local filmmakers get in on the action?

Bradshaw: Submissions are closed for 2009, but will open early next year. As far as upping your chances of being accepted, (this really goes for everyone) the best advice I can give local filmmakers is if you’re going submit a short film, keep it under 15 minutes. Some of the best short films I have seen are around five minutes.

Whittaker: My advice is to get that damn film done––the one lurking on your external hard drive––and submit it early. As of now we only work out of three venues and one of those is free to the public. In other words, our programming space is very limited, which doesn’t leave too much room for procrastination.

Visit saltlakecityfilmdestival.com for the most up to date information about the festival and a complete schedule of screening times. Tickets for all screenings can be purchased Tower Theater and Slowtrain Records.