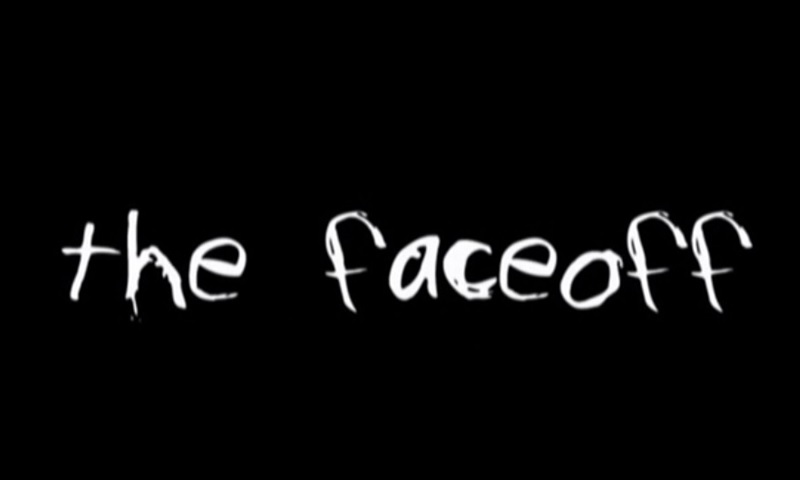 Shits and Giggles Never Hurt So Bad: The Face Off

So, Angela gave me this DVD to review called The Face Off. Angela must know that I have a high threshold of pain and stupidity, which is the best way to describe viewing this DVD.The way I understand it is that the guys from Spy Hop productions were asked to participate in a scavenger hunt of sorts that required them to do a bunch of fucked-up shit. Each stunt being a check on the list of things to do. God, I hope they win. I mean, who wants to eat their own barf for nothing? If I’m eating my own barf on purpose, there’d better be a pot of gold at the end of that rainbow.

They do have a nice quote from Orrin Hatch on the back (or Senator Shitbrain, as I refer to him) that says, “I am deeply troubled by all the smut and violence…” I was deeply troubled too, but not by the smut and violence; more by the lack of originality this DVD provided. Not to discredit Spy Hop’s tremendous efforts at stupidity, but every stunt on this DVD has already been done and I’ve already seen it.

Why couldn’t the stunts be more original? Like having a barbeque at Veg Fest or seeing how many dreadlocks they could set on fire at a drum circle? They could have also beat off for the chimpanzees at Hogle Zoo instead of the chimps beating off for us. Or just call in a fake amber alert. Now that I would pay to see!

But obviously, the company who did instigate the scavenger hunt is still trying to ride the Jackass wave that stopped being funny once those MTV douche rags got famous. Monkey see, monkey do, to me that’s the perfect way to sum up MTV, for that matter.

Now, if anyone does want to see this DVD, word on the street is that you can pick it up for $5 at Lost Art or Koi Piercing palace. If you know any of the Spy Hop guys personally, you should buy it. Or if you think you are one of the drunk girls getting the word Hectik written across your milk dispensers, you should give these guys $5 as well.