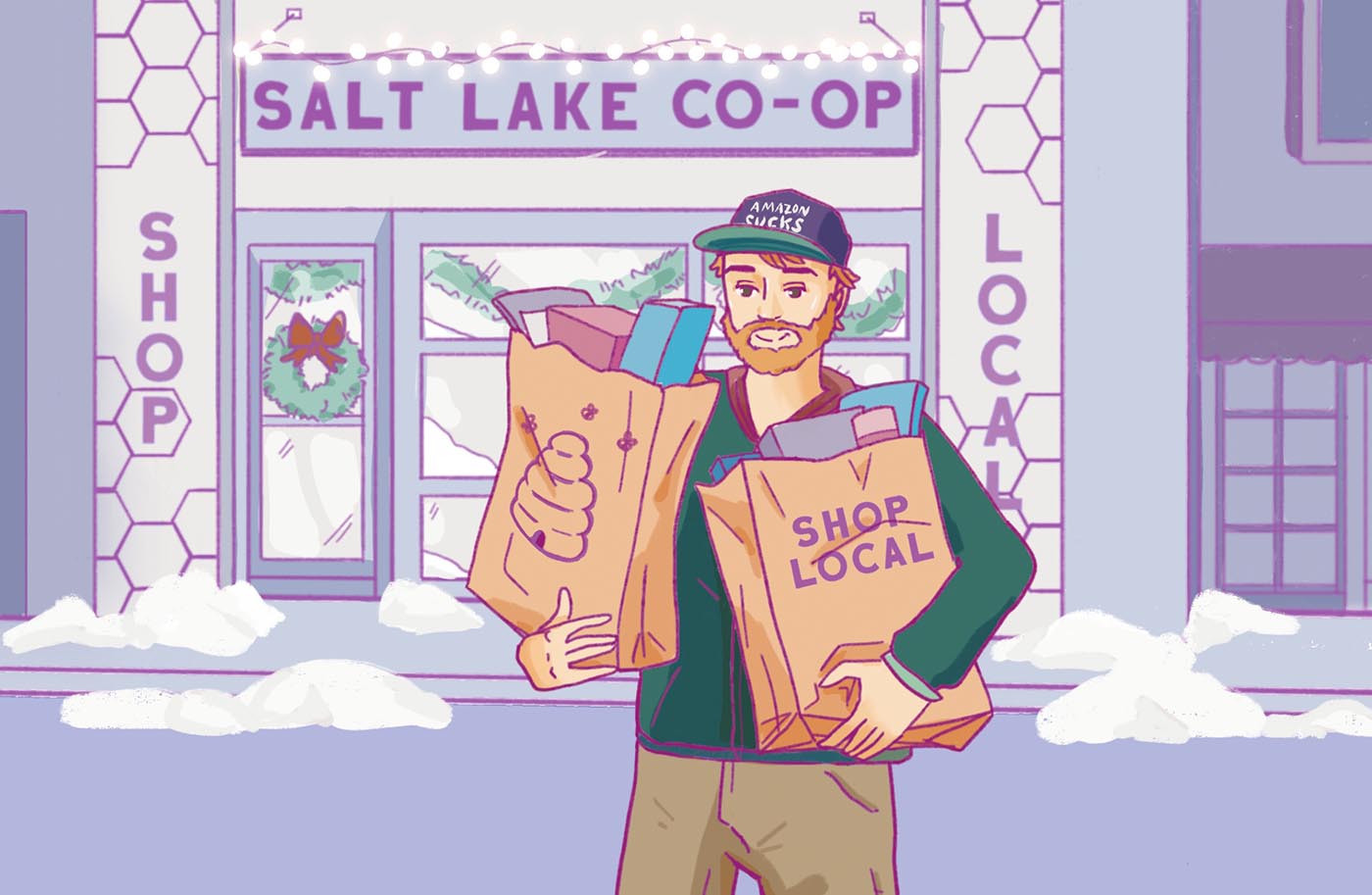 Ok, look—if there is anyone on the planet that is the poster child of laziness, its me. You can ask any roommate I’ve ever had and they can attest to this. My apartment is notoriously messy. But there is a level of laziness that I refuse to stoop to, and that is Amazon-level lazy. I just can’t do it. Sure, I’m paranoid that Alexa is listening to everything I say, but conspiracies aside I don’t think you can be an advocate for small businesses at all and subscribe to Amazon Prime at the same time.

Much like its predecessor, Walmart, Amazon is crushing the dreams of small business owners across the world with no remorse all because we are too fucking lazy to go to a cool store.  At least Walmart gives us great people-watching and a place where you can buy a gun and underwear at the same time. I wonder when Amazon will start selling guns? Soon, I hope.

There are many other reasons to hate Amazon or talk shit on Jeff Bezos, a favorite pastime of Twitter keyboard warriors. Reading digital complaints about billionaires not paying taxes or going to space is a guilty pleasure of mine. You see, I don’t hate Bezos. I seriously don’t give a shit he doesn’t pay taxes. Why should he? Just because you have to? What an entitled piece of shit you are then. And it wouldn’t even matter—if Bezos paid some taxes he’d still have more money and whores than you, so just shut up about that.

Leave the billionaires alone and let them go to space already. If you really hated them then you would encourage a billionaire space race, because there’s an actual chance they could blow up and die. Besides, we logistically need to map that area out and develop Amazon delivery routes along the milky way. In case you haven’t noticed, our planet is pretty fucked right now.

“Much like its predecessor, Walmart, Amazon is crushing the dreams of small business owners across the world with no remorse all because we are too fucking lazy to go to a cool store.”

Amazon is such a perfect example of capitalism running amuck. The horror stories I’ve heard and read about from Amazon warehouse workers and drivers? Geeze, Louise. Not getting bathroom breaks and peeing and pooping on the front lawns of the elite because you won’t make your quota?  Well, that actually sounds pretty cool when I word it like that.  Maybe the workers will actually get to rock a piss while Bezos is in space. Or they could just start wearing diapers to work. Every problem offers a solution.

Besides, Amazon employees shouldn’t complain because they will all be replaced by drones in a few years anyway and they won’t even have to work there. Take the president’s advice and learn to code, dummy.

Another sad side effect that Amazon will unknowingly kill is the endless amounts of fun we all have with Internet Karen. You all know who I’m talking about—there are plenty of Karens afoot in our great state. But if we let Amazon destroy local businesses, we are destroying Karen’s natural habitat, thus rendering fun internet reels and memes extinct. If there is some way for Karen to speak to an Amazon manager I’d be all for that, but I just don’t see that ever happening.

If you want to know what’s on my Amazon wish list its this:  Put your fucking screen down, use your legs to walk to a cool local store, which we still have many of in this town, and buy some rad shit. Maybe you will make a IRL friend? Maybe you will meet your future significant other?  Or maybe you will get hit by a car on the way to a rad local business and die.  Who knows? Life is funny that way.