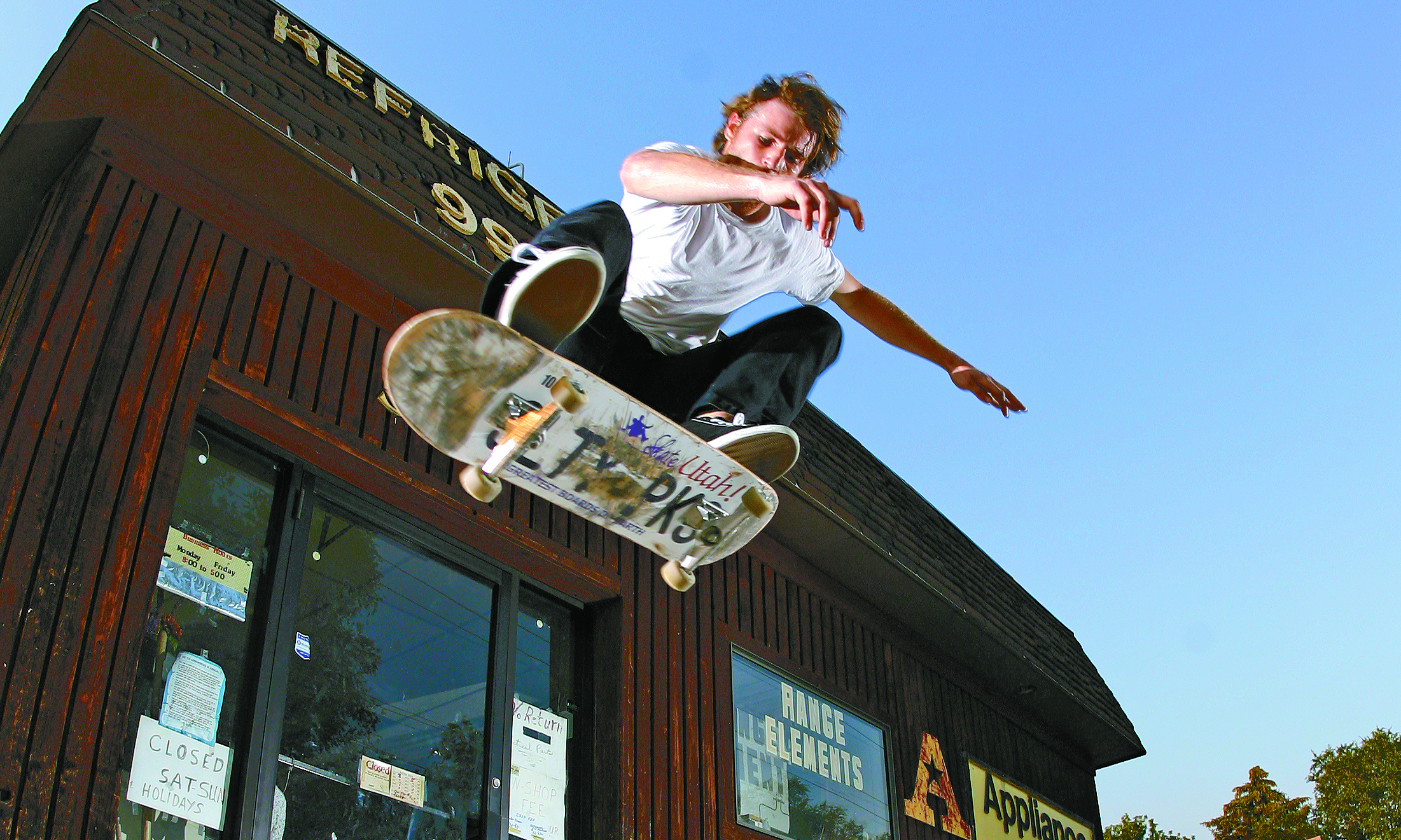 The Mystery/Zero squads rolled through town in late June to premiere the latest, I mean first, Mystery video. They did a demo and set up portable screen at South Jordan Skate Park. I heard a whole lot of tricks went down both live and on the screen. Dennis Durrant from Australia now rides for the company. I didn’t go to the demo, but wish I had because Dyet told me Keegan Sauder was destroying the bowl. Brad Herrera also jumped ship from Dark Star and is also on Mystery.

The Mountain Dew AST Tour will be in town September 20th – 23rd at the Energy Solutions Arena. If you want to see Ryan Sheckler, Bucky Lasek, Jereme Rogers and countless other fools doing choreographed contest runs; go check it out. Don’t forget Andy McDonald will be there as well with his yellow helmet. Depending on how well the event does or how much money they rake in will determine if Salt Lake will become a regular tour stop.

VOX Shoes has released their new Black & Blue Vol. 1 DVD. The shit is banging and free (I think). If you happen to see Tony Perez (VOX Rep.) around ask him for a copy, I’m sure he’d be happy to hook you up. The DVD has full parts of David Gravette (tons of Utah footage) and Brian “Slash” Hansen. There are plenty of other sweet gems from the rest of the team as well. J.T. Aultz has the gnarness.

Union Board Shop will be updating their street course for the fall and winter months. I assure you there will be no lame flat banks. Think speed and fluidity. By the way, paying five dollars for an air-conditioned mini-ramp session isn’t a bad deal unless you only skate vert or rails. If you happen to do both you should probably be given a free cookie.

Love him or hate him Lizard King doesn’t care. The kid has tapped into his tranquil side and has become the most hesh angler on the planet. On a recent deep-sea fishing adventure he reeled in the heaviest catch of the day, beating out fellow ripper/anglers Pat Duffy, Adam Dyet, Danny Fuenzalida and Chad Shetler. What’s next? Hang gliding, anyone? Oh yeah, Lizard now wears shoes from Osiris. How many shoe sponsors is that now?

Dyet’s part is chock full of heavy bangers in the new Digital DVD called Imagine. Peep that shit because it’s the goods. If your local skate shop doesn’t have it already, they are lame. Adam is currently doing the European Contest Series. Once again, if you have any valuable information or you just want to be an asshole please send me an e-mail at the above address.

Last but not least, Troy Johnson celebrated his birthday this last month on the 18th. His age has been disclosed, that’s what happens when you’re over 30 … oops I meant 25. Troy will be featured next month in an interview thing in this magazine. If you don’t know who Troy is you better recognize. He did every trick you’re thinking about doing ten years ago. Peace fools.