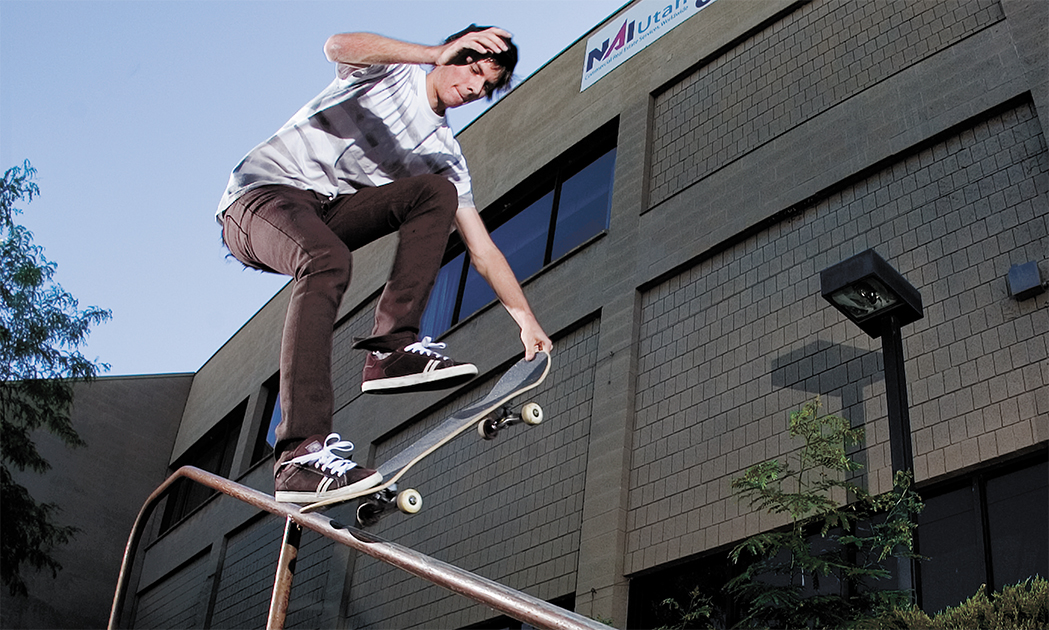 Thank God the sun is letting off a little less heat these days. Salt Lake was starting to seem more like Phoenix for a while there. That would be okay if we had as many empty and full swimming pools as they do. In unfortunate news, Adam Dyet will no longer be calling Utah home. He finally caved in and will be moving to California. Speaking of Adam, he killed it this summer in Europe during their contest series over there. I’m sure he made quite a new fanbase of euro trash. Adam was also given the thumbs up to be a contestant in the X-Games. That’s some really hard shit to come up on and I am sure Adam will make the most of his opportunities. He placed 13 in his first effort.

Globe Shoes is taking Mark White to accompany the team to the Cayman Island Skate Park. He is there being recruited for his filming and shred skills. Let’s hope the best for him. He is down there with likes of Mumford, Haslam, Appleyard, Gonzles and Thomas. I know that Darren Navarette is lurking hard down there as well. Think the weather in Utah sucks, well, in the Caymans it is about 94 degrees with 95 humidity. Now that really sucks.

Once again Slug Magazine’s Summer of Death Contest Series was a success. Our Secret Spot Contest was by far the summer’s best event. Whoever thought of that shit is a fucking genius. Oh shit, that would be me.

Looks like all you kiddies need to learn some manners and start putting your trash in the trash cans and stop tagging up the skate parks. Sandy Park a.k.a. Lone Peak will be closing its gates until you get it straight. If the problem continues looks like the bulldozers will be coming and that’s no joke. Same thing goes for South Jordan, remember we do live in one of the most conservative states in the union. If you like skating these parks and don’t want to pay to skate them from now on get your fucking act together. It’s little shits like you ruining the world for the rest of us. Also other cities trying to get parks will be looking at us closely to see if we can get the problem resolved. A new park will be popping up in Herriman in the nearest of futures in fact the bowl is already done. Heber is next in line and don’t forget about Rose Park.

On a more positive note, Vitamin Water will be sponsoring an event at the South Jordan Park. It will coincide with Dew Tour Event and will be held on September 21. It will be a skate jam and BBQ event. There might even be a best trick contest on the little rail and five stair. Look for some of your favorite pros to be there as well as some faces you don’t know.