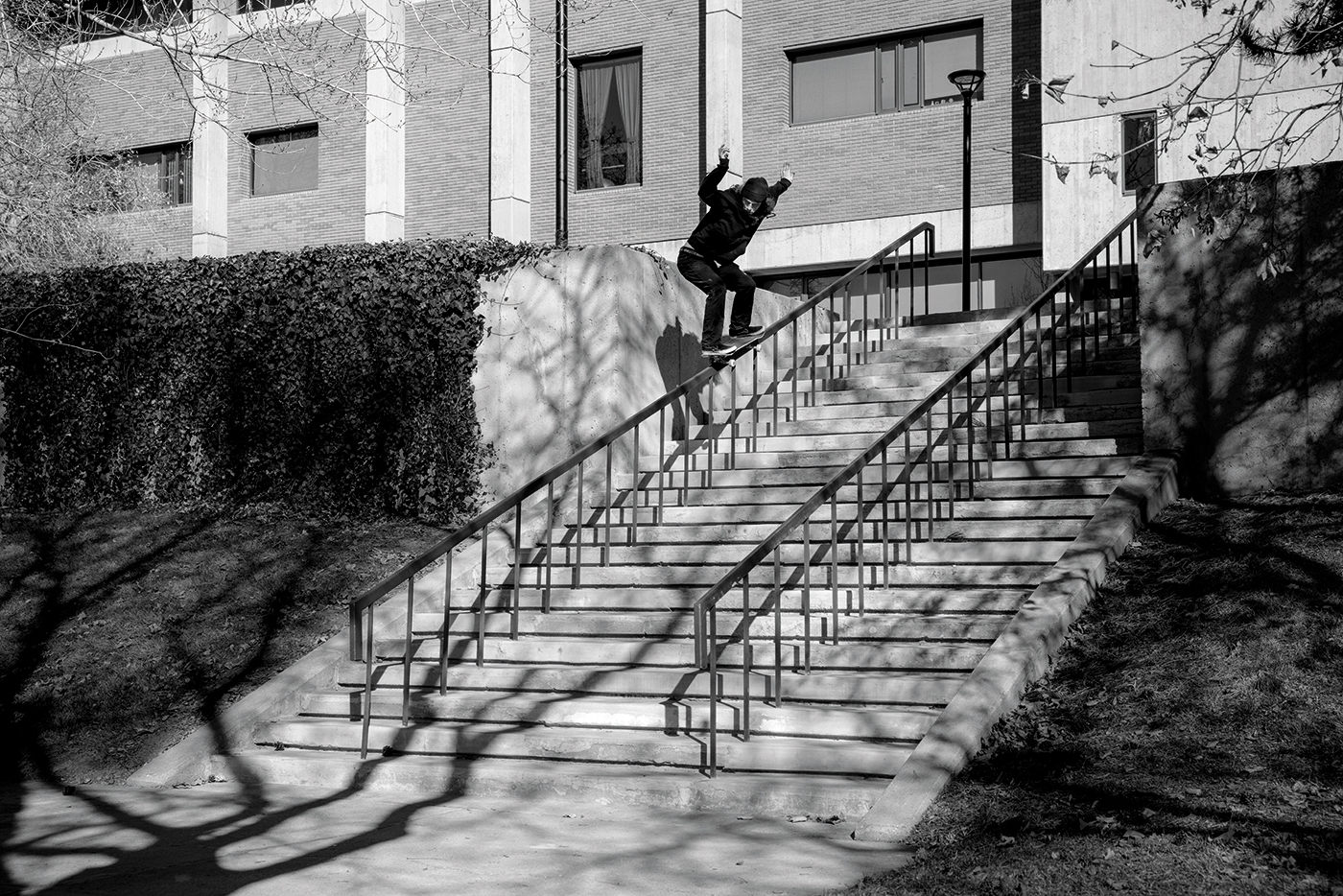 Some of you might know this as the “Leo Romero rail,” due to the frontside he did as his last trick in the Emerica video Made: Chapter One back in 2013. Christian Bourne had a similar idea for his last trick in the new Shit Vortex video by Wizard Winn. Lots of roll-ups and three tries later, Christian was celebrating the completion of his newest part. The new Shit Vortex video should be out now. Look it up!