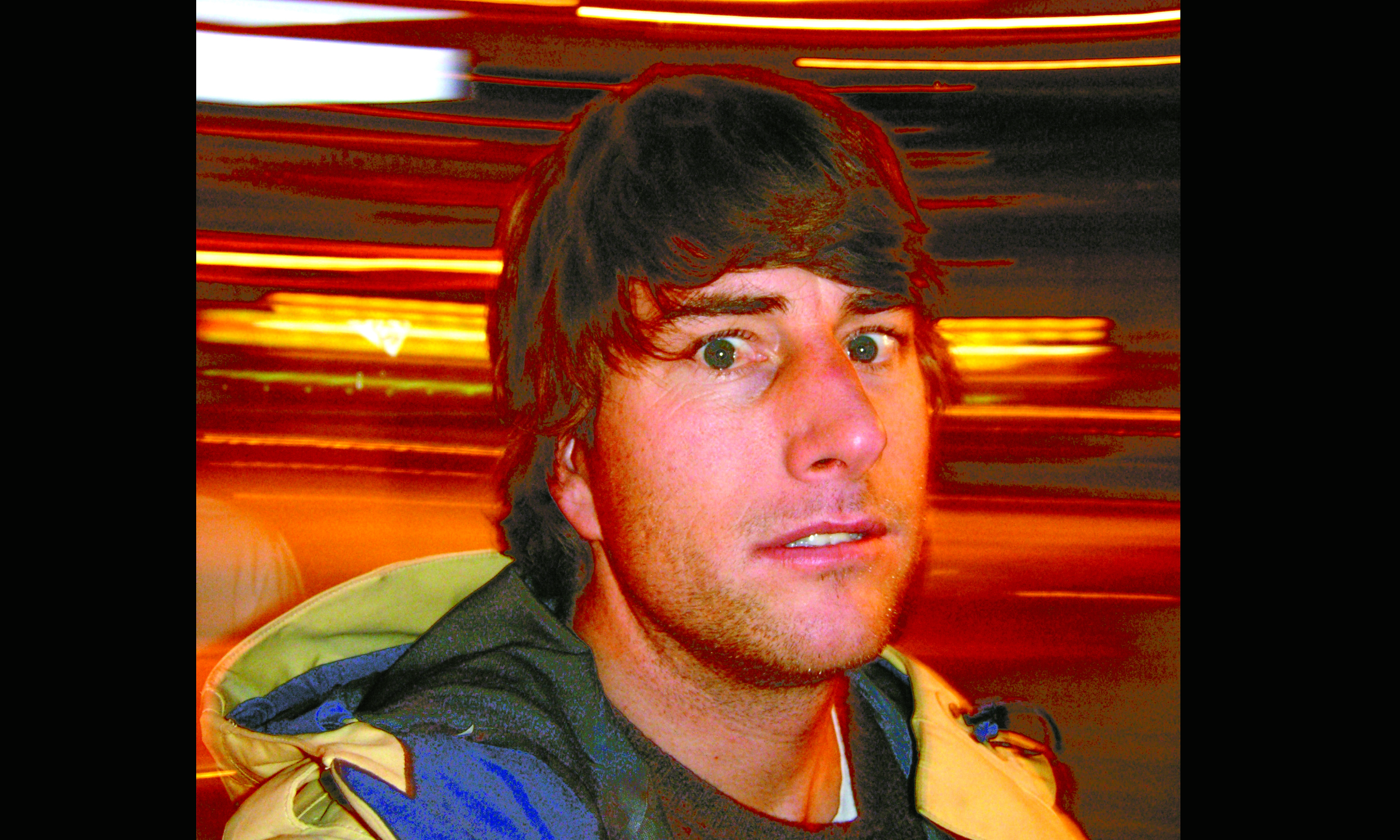 On January 17 around 11:00 AM I called my friend Brandon Doyon to go shoot the new SLUG ad when he told me that Rusty White had been killed in a car accident late last night. The news was shocking. I had just hung out with Rusty at the SFK house on Friday night. Rather than trying to immortalize Rusty, I want to write about how he impacted my life.

I met Rusty in the art department at the University of Utah. He was an up-and-coming photographer, and I was taking classes as a photography major. Rusty was working with Blindside and would soon work for Elevation. He was living the dream, and that was inspiring. I will never forget the shoots that Rusty would bring into the dark room. It was snowboarding, but with a new raw perspective. His lifestyle shot of the Elevation team still lingers in my mind today. I missed a lot of class at the time because of the snowboarding season. Rusty noticed how often I missed class, or showed with my gear still on, and told me that I should think about becoming a snowboarding photographer.

After being fired from a restaurant, I decided to use my photography degree and get a job shooting photos. I applied for a job at The Canyons as an on-hill photographer. This consisted of standing at the top of the lift, and harping people for family portraits. I ran into Rusty one morning while I was standing there. I hadn’t seen him for over a year, but had followed his work in Transworld. I told him how shitty my job was, and how I would leave work all the time to shoot photos in the park on the companies’ dime. Rusty said he would hook me up if he ever had someone wanting him to shoot photos and he couldn’t go.

The next day Rusty called me and said that a kid named Tom Flocco was looking for a photographer. He gave me Tom’s number, and we went out and shot. Today Tom is one of my good friends.

As I started to get more into photography, I knew I could call Rusty anytime of the day to ask him questions. Regardless of how dumb the questions were, he was always patient with me. I owe a lot to Rusty for being where I am today. Rusty was a genuine and-a-nice guy. I’m proud to call him my friend. Rusty, thank you for being my inspiration.

Donations to Rusty’s memorial fund may be made online or by mail, or in person at: