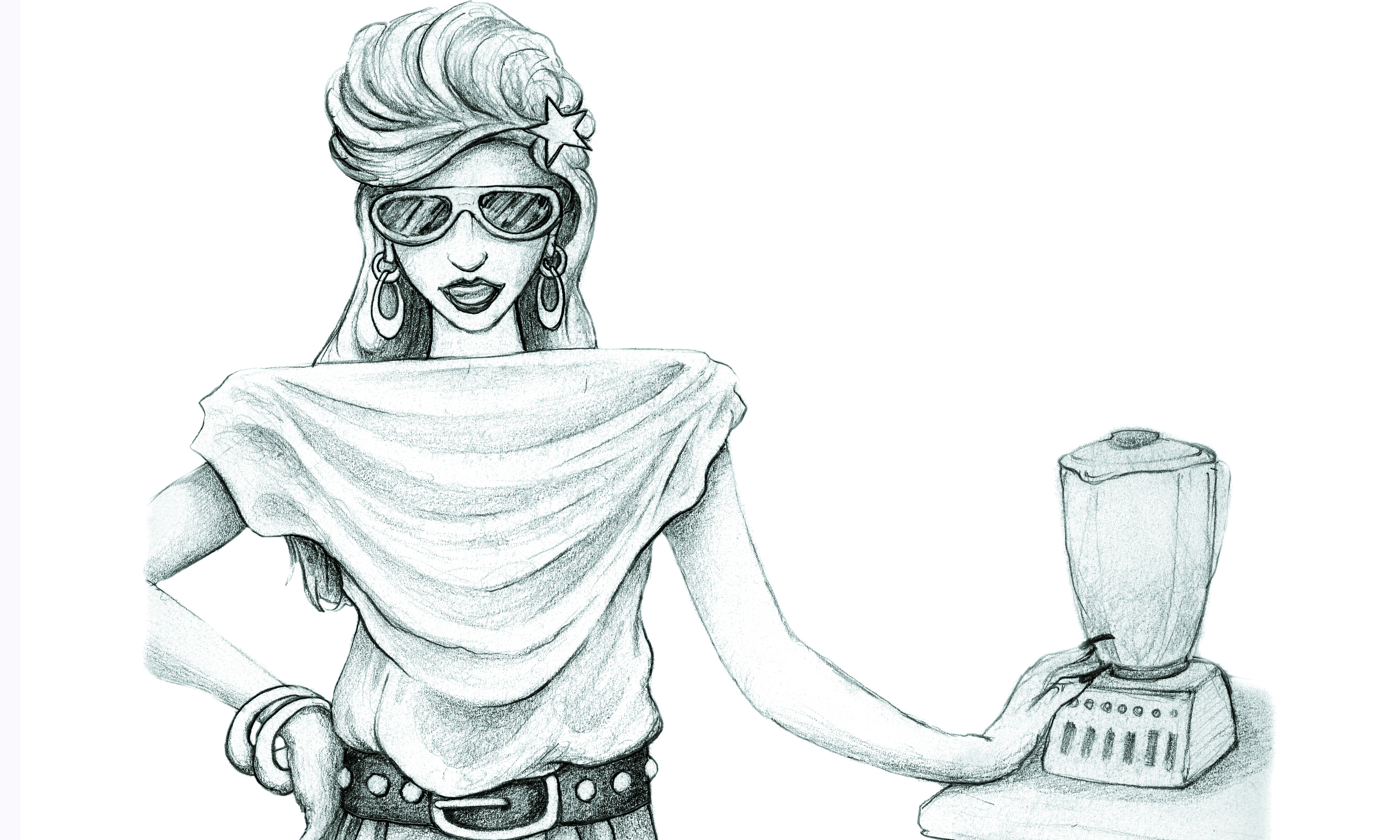 We have an aunt, Ms. Leona Dripdry. She’s somewhere in middle age but somehow stuck on planet teen. It’s not that she’s all immature and awkward or anything, she’s actually really on top of things, with poise, grace and a retarded sort of glamour. It’s just that she seems to prefer the company of teenagers, the more high-strung and rebellious the better. She doesn’t provide cigarettes or alcohol to her underaged chums and she has probably never done “drugs” in her life. Nor does she seem to view any of them in a sexual way at all. We think she just likes to bask in all that teen energy and drama. Even that she doesn’t much participate in – she just watches and smiles contently. She’s a bit oblivious. She believes she fits in perfectly. Leona was, as she’ll tell you, “One of the original clothing and accessories models on the Tele-Chic network. A true pioneer in the shop-from-your-sofa industry, a real star, fan-mail from around the world.” It’s true too. She’s kept the letters and will occasionally dig them out and read them to us. The letters came mainly from bored frumpy housewives and perverts (or the deluxe combo, perverted bored frumpy housewives, compelled to send her such adorations as “My reignited womanhood has left scorchmarks on my underthings!”) She accumulated a gargantuan wardrobe of the ghastliest of 1980s fashion (“free perks of the job”). We’re talking polyknits, pleats, draping, belted, shiny shiny shiny, beaded and sequined, jagged patterns, shoulder-pads in everything (including slacks) and mammoth accessories, all of it imposing a harsh geometry onto any natural curve. She wears it all. It’s all she wears. And she somehow pulls it off. It suits her. Another peculiar souvenir from her glory days is her habit of caressing every inanimate object within reach, striking utterly unnatural poses and smiling widely as if she’s still trying to sell cheap crap to the nation. Her heyday was set in California, and as long as Leona actively graced the screen she never failed to shine, she was an irrefutable beacon of success until the last day of her reign and the only day she missed the curtain call. She ended her television-modeling career abruptly and quietly. When her executive producer suggested she try out “The Rachel” hair-do (made popular by Jennifer Aniston in the late 90s) she gathered up her things without a word, strode out of the studio and left Los Angeles. She returned home to Salt Lake City, her glamour undiminished.