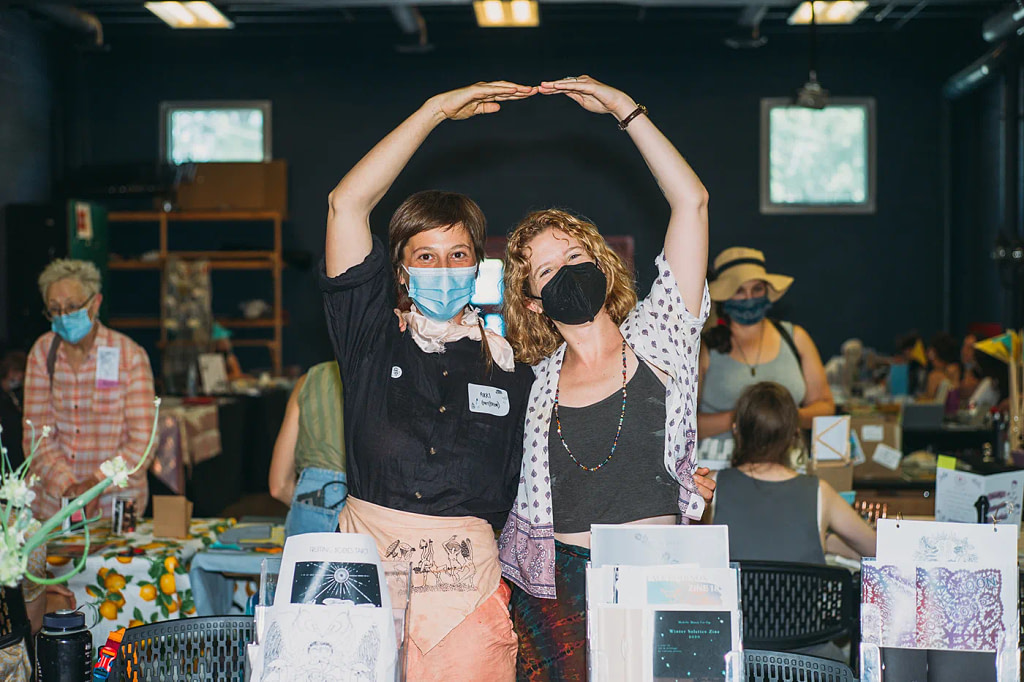 Print media isn’t dead. The zine scene in Utah and surrounding states is alive and well. Folded 8.5 x 11s, colored paper, fresh prints and wet ink abounded at the 2022 Grid Zine Fest. Attendees and tablers who were exhibiting their works came from all along the Wasatch Front, Southern Utah and neighboring states. Zines covered topics ranging between animals, existentialism, sexuality and semicolons.

This is the fourth in-person festival held since the event was created six years ago. Grid Zine Fest is held once yearly, usually in the spring or early summer. This year, it was held at the Salt Lake Arts Academy. I wasn’t able to capture nearly all of the wonderful attendees and tablers—there are many more zines in Utah than people realize. Artists, writers and creators converged to share their works and socialize.

About the impetus of the event, Co-founder Julie Huddleston says, “I had been tabling at zine fests around the country, and I wanted to create an environment like that in Salt Lake City where there’s a very zine-specific community that does things like workshops and events throughout the year. I thought Grid Zine Fest would help fill in that gap in Salt Lake City,” Huddleston says. “It’s been really nice because Salt Lake seems so small sometimes, but the Zine Fest now has so many people that I don’t know [who] come and table at it and attend it—it feels really good to have drawn people that maybe wouldn’t have been involved otherwise,” she says.

Grid Zine Fest organizers help facilitate a zine team program for teens every Thursday at the Salt Lake Public Library, as well as events throughout the year. People who want to keep up with Grid Zine Fest events can follow @gridzinefest on Instagram (which is their most active source of information) or go to www.gridzinefest.org.