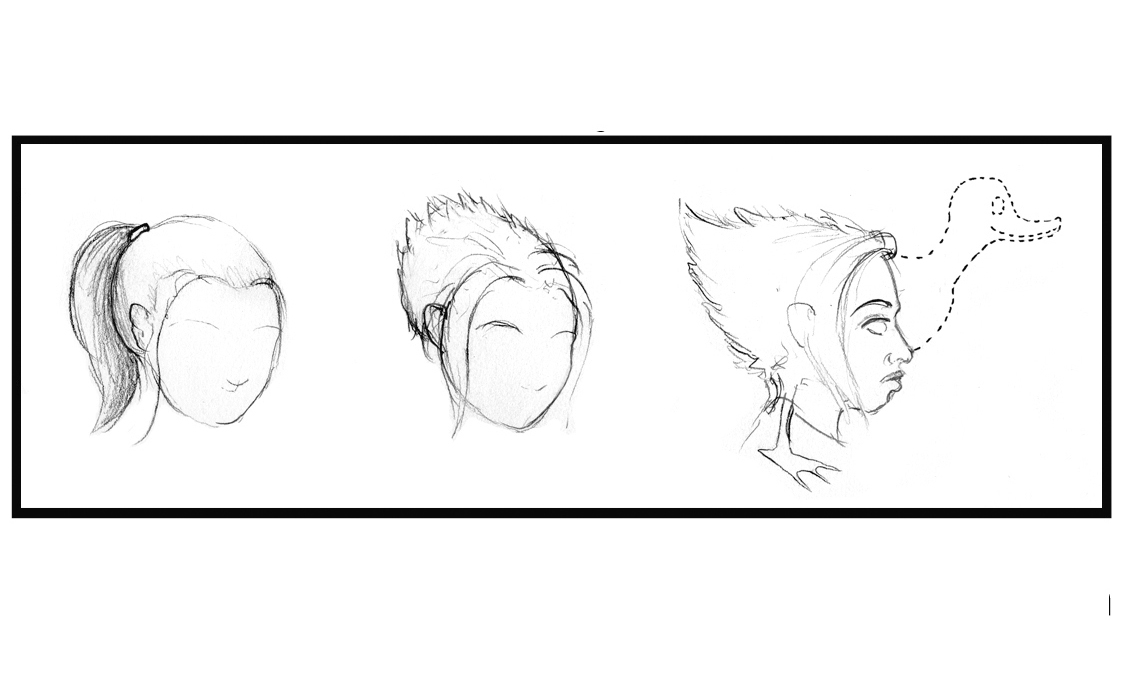 The Attack of the Ponytail Snatchers

The cheerleading squad never saw it coming. They never saw it leaving either. Every ponytail snatched, cut off at the rubber band, not a single hair left behind. It all happened so quickly too. It was just a swish hiss sound, a breeze, and a sudden lighter feeling to the head. So I was told anyway. I’d been about half a block south on Main Street making my way to the City Center stop to catch a train. I could see and hear that the southbound platform was over run with a giggling gaggle of girlies. As I considered ways in how to avoid the squawking flock, the screaming started. And what an eruption! Panic, shrieking, tears, hugs—the works. I had to investigate, permagrinning the whole time. All that hair had truly vanished. Somebody really ought to have thought to warn all the out-of-town squads coming in for the GREAT BASIN CHEER OFF CHAMPIONSHIPS that no ponytail is safe on the streets of Salt Lake City.

This is a fairly recent phenomenon with the first cases reported only about seven months ago. It started with only a few scattered incidents. The authorities initially thought the victims might all be a band of prankster feminists or a bonkers religious group. It was even suggested that it might be a form of modern art. Evidence of this hair thievery can be seen all along the Wasatch Front, ex-ponytail headed women with hair short and spiked up in back while the sides and front are left longer.

The style has also become known as the Utah Duckbutt. No official statements have been made concerning whatever is going on, and the media doesn’t seem to want to touch it. Pure denial. But through word of mouth and so many people’s personal experience, there is probably not a single resident of the state who isn’t aware that something truly weird is going on. A good portion of the population believes it to be a sign of the times and the beginning of Armageddon. Food storage and emergency preparedness kits have become the local mania, overturning scrapbooking as the hobby of choice. Wilderness survival and endurance courses have seen a surge in popularity. The intermountain west is abuzz with repentance. The attacks have increased and they are not limited to bouncy young women either. Many a manly rough and grizzled biker sporting a frazzled and unconditioned tail suddenly finds himself with less wind resistance. It all seems to be centered around downtown and the surrounding residential areas, but occasionally unhappy squeaks will be heard from places like Sandy and West Valley. So far nothing about the culprits has surfaced aside from whispers of “the ponytail snatchers”, but the palpable unease can be felt throughout Utah.