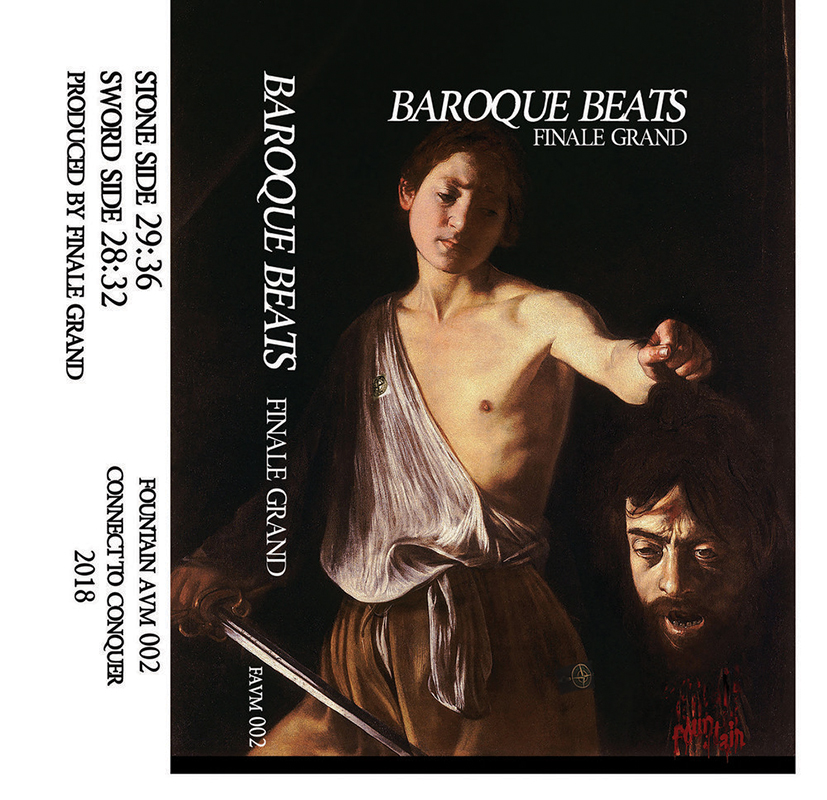 Billed as “a swansong to a golden era,” this new release from local DJ and producer Adam Terry under the name Finale Grand certainly toys with music of the past. The two sidelong tracks offer up golden-age-style hip-hop remixes of jazz, soul and other groove-oriented music, making for an album that tributes the past by dragging it into the present.

Terry views hip-hop production as a type of psychedelic sound collage, where disparate styles, moods and rhythms merge together in unpredictably pleasing ways. Often, the instrumental loops pan and swell in a disorienting fashion, compounded by the strange use of repetition. A few times during some particularly unsteady loops, I looked over at my tape deck to make sure nothing had broken. Therein lies one of Baroque Beats greatest strengths—Terry’s ability to confuse listeners through his craftsmanship. Is this just one long, live-produced DJ mix? Is there some maniacal order beneath it all? Is Terry a genius or an amateur? Just as the music might suggest the latter, a clever beat switch or added sample reaffirms the steady hand behind the music.

A consequence of the far-reaching samples and rapid cut-and-splice technique is that a lot of the music exists in a contextual void, left to justify itself removed from extramusical material. Whether or not you can place the source of the samples (some are more obvious than others), the music masterfully evokes times, places and feelings without specific reference. The fuzzy, warm bass present on most of the album has a distinctly analog, ’70s feeling, such that you can nearly visualize the suave, velvet-clad musician subtly plucking their instrument in a smoky soul club.

Baroque Beats is available in both digital and cassette formats, but the latter suits the album best. In keeping with the purposefully lo-fi aesthetic of the music, the physical imperfections of tape actually enhance the listening experience. The sound wobbles and warps when it gets too loud, and in the quietest moments, the mechanical noises are equal to the composed music. The medium helps further the anachronistic feel. As is the case with the best of lo-fi music, Baroque Beats feels as if it was discovered from a different time and place, nearly alien but always recognizable and—surprisingly—modern. –Connor Lockie