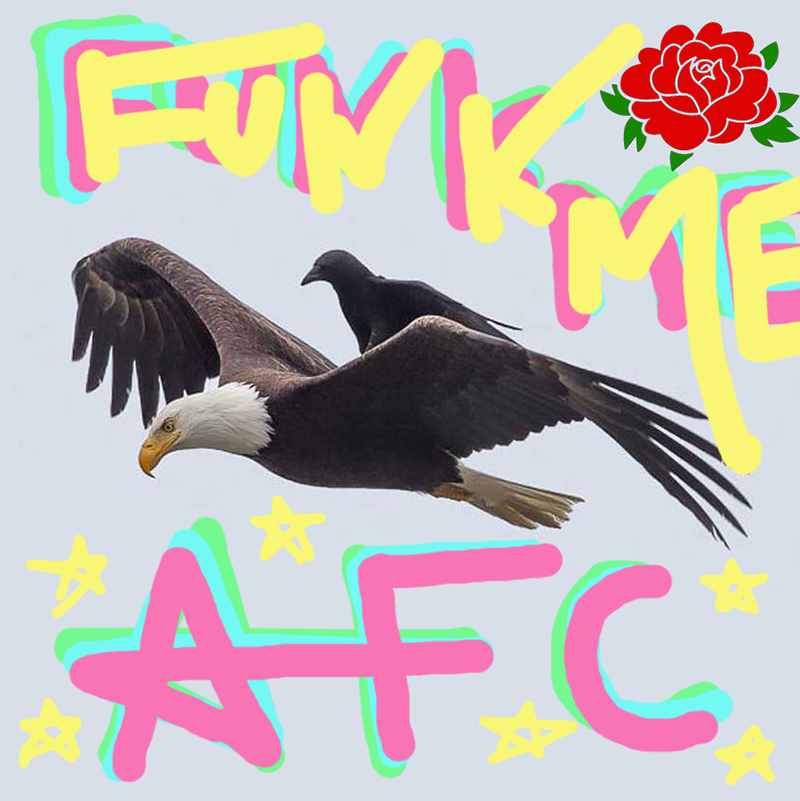 The Artificial Flower Company
Funk Me

The newest release from AFC is the coolest and funkiest album of the year. Within six tracks, you’ll find an intricate sound made from children’s toys and cheap synthesizers. “Judge Judy And Executioner” sounds like it was originally written on a child’s xylophone. Its reverbed “babes” and soft hums remind me of those Sunday mornings watching cable with a bowl of Captain Crunch. “Funk Me? Funk You!” has a groovy mix between funky bass lines and forgotten ’80s synthesizer effects. It makes me want to get out and yell, “Funk you!” at everyone. “Doin’ The Robot” is a sad song with a sort of ecstatic truth that says the ’80s are over. Its soft, trickling sounds make me wish that people were still doin’ the robot. The album in general makes me wish my life were a little funkier and that I could play the xylophone. –Austin Doty