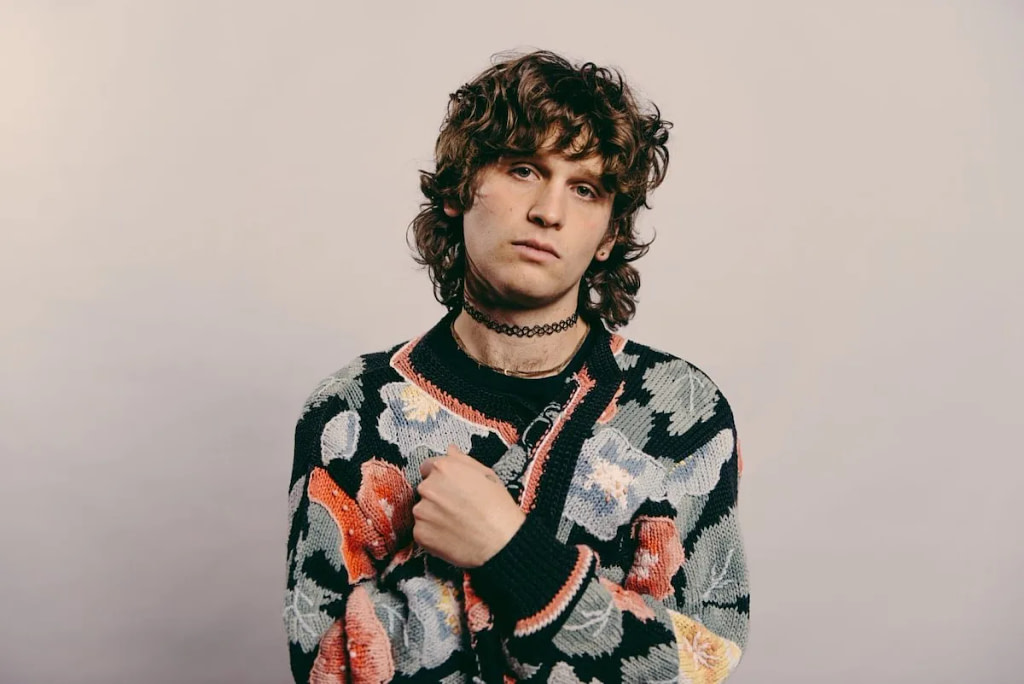 Maroney went above and beyond expectations and did it with a fervor so intense that only someone with a true love and passion for the craft could achieve. Photo Courtesy of Briston Maroney

It was in the sweltering heat of July 2021 that I came across tickets for Briston Maroney’s Salt Lake City concert. The show wasn’t until February of the following year, but somewhere deep in my gut, I knew that if I didn’t buy a ticket right then and there I would regret it. I was righ within a month of my purchase, all the tickets had completely sold out.

The night of Friday, Feb. 25 is not easily put into words. Hours before the concert started, restless fans began to line the surrounding block, clenching tickets and vax cards with white knuckles. Many of which were huddled together to fight off the bitter cold of the evening. Once inside, an ever-so-slightly defrosted Soundwell lent its close and intimate structure to a sea of oversized hoodies and flannels with well-worn, matching beanies. A hushed chatter spread through the venue as the clock ticked down the minutes until showtime.

19-year-old Portland singer-songwriter Genieve Stokes opened the show with the sounds of her lush, alternative pop and moody piano riffs. Stokes’ masterful lyricism portrays a soundtrack ambiance reminiscent of aimless and endless summer drives. Her most popular song, “Parking Lot,” swayed the crowd in unison as the lyrics “I’m making up stories and I’m making up you” echoed through the bodies. Her brief but utterly beautiful performance showered everyone with a balanced blend of nostalgic lo-fi and emotionally gripping lyrics. This ethereal opening poised itself as a perfect introduction for Maroney’s upcoming set.

I spent the intermission wandering around the venue in search of a bathroom and some form of hydration. Eventually, I located both. With my thirst quenched I soon found a pile of fans casually taking up space and socializing. Timidly, I approached them and asked why this band meant so much to them. “Briston Maroney is a band that people can relate to,” said one attendee. “He has this punk kid kind of vibe, and his music gives you this feeling that maybe, just for a moment, you have control in this crazy world we live in,” said another. “Most of his songs reflect this feeling of saying, ‘Screw it! Run away with someone you love and go soak up your youth.’” It’s this unadulterated empathy that inspires Maroney’s listeners.

“BRIS-TON! BRIS-TON! BRIS-TON!” The audience chanted as they patiently waited for the headliner to take the stage. Enthusiastically and with a pep in his step, Maroney leapt on stage fully engaged from the crowd’s cacophony of shouts. He slid on his guitar and kicked things off with the steady strum of “Small Talk.” Electricity pulsed through the crowd as fans hooped and hollered through the entirety of the song. Before the guitars could finish the drone of their last chord, the classic drumstick countdown led the band into another riotous roar. The wavy chorus of “Bottle Rocket” provided a danceable track to which the audience bobbed and jumped their bodies in rhythm. After back to back to back performances of rowdy, off-the-charts tracks, Maroney paused to talk with the audience, recounting stories from their 15-hour trek over the Rocky Mountains

The energy of Maroney and his bandmates throughout the remainder of the concert bounced from unrestrained explosive dancing—unruly enough to break multiple pairs of guitar strings and drumsticks—to breathtaking, toned-down ballads. His setlist played out as a sonic retelling of obscure thoughts and emotions. In his last hurrah, Maroney broke out his most famed song for last. Finally! The song that everyone in the audience (including myself) was waiting for. A single, golden light framed Maroney as he began to“start “Freaking Out On the Interstate.” Maroney played off of the crowd’s spirit until the last note. Between gracious thank-yous and heartfelt goodbyes, Maroney uttered one last phrase. “Take this love with you wherever you go.” With that said, he exited the stage—but not our lives.

Goosebumps! Just goosebumps. Maroney went above and beyond expectations and did it with a fervor so intense that only someone with a true love and passion for the craft could achieve. It’s near impossible to listen to Briston Maroney, with only your ears as his music infects the entirety of your body and soul. It would seem as though Maroney doesn’t create music for the sake of fame or fortune, but rather the genuine understanding and appreciation for what the power of human connection can bring. –Sage Holt