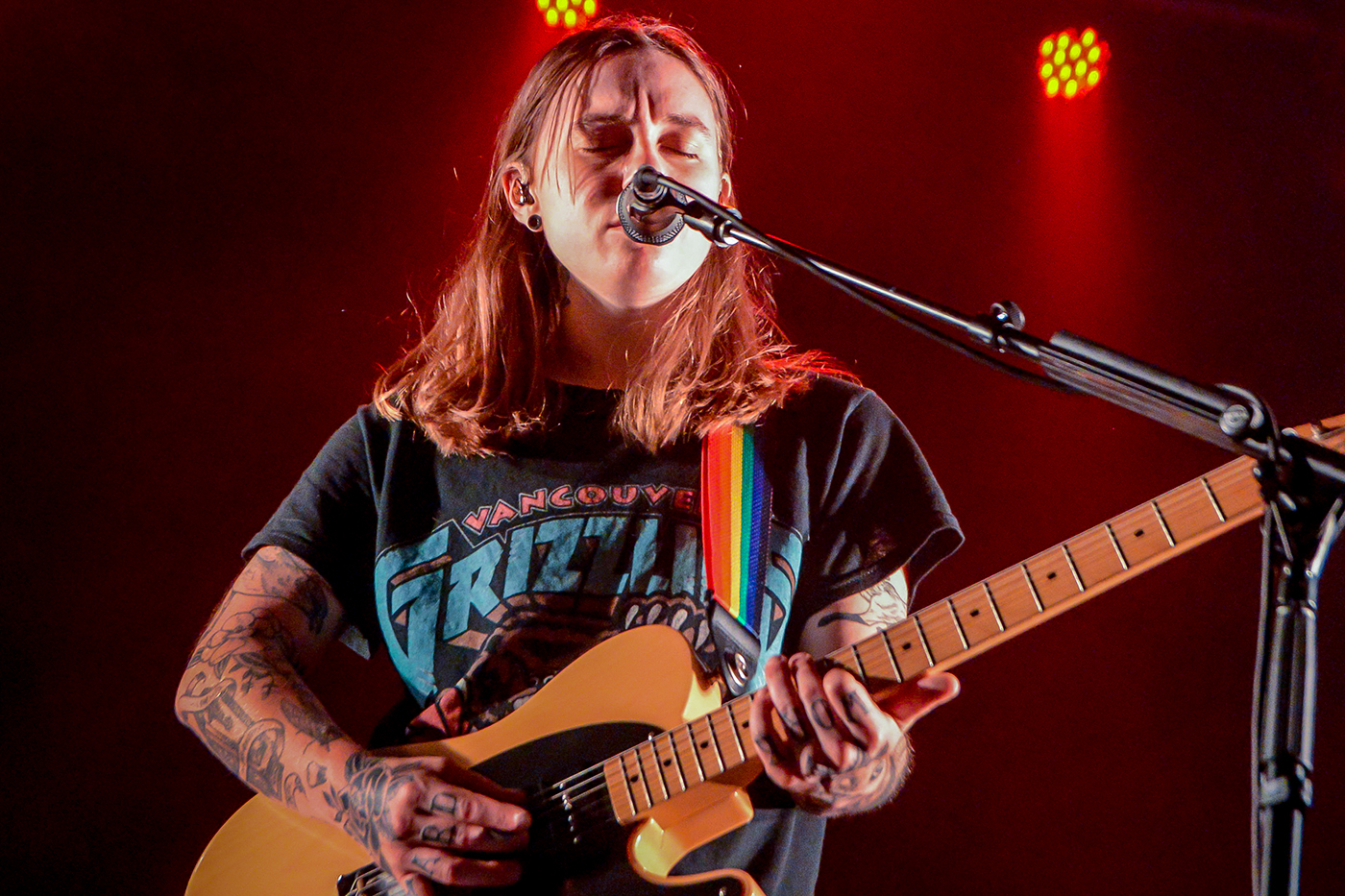 Nov. 12, 2021 was a night to remember for the countless, eager individuals who packed into The Complex to see Julien Baker, an artist Salt Lake City has been expecting for years. Hours before the doors to the venue opened to the public began wrapping the streets with unmeasurable lines patiently waiting to see this much anticipated artist.

In a time that is so relevant, Julien Baker has grasped the hearts of nearly anyone who has had the chance to discover her music. Creating music that speaks to her listener’s hearts, Baker connects to her audience with lyrical storytelling, speaking upon subjects such as spirituality, addiction, mental illness and human nature. However, before being emotionally enthralled by the ever-relating lyrical beauty that Baker would soon deliver, the crowd was hyped up and introduced to another very popular rock band, DEHD. As DEHD took the stage, Emily Kempf and Jason Balla warmed listeners up as they played a back and forth set that had the audience vibing freely.

After DEHD’s energetic set had finished, it was time for Salt Lake City to experience the live musical connection they had been waiting for. The crowd erupted the second Baker took the stage, letting her know that they were ready to hear the beauty she was finally going to deliver. She did not disappoint. Opening her set with tracks from her new album, Little Oblivions, Baker let go and captivated the venue. From songs such as “Hardline” and “Faith Healer,” Baker made a clear impact impact on the audience. With such hard hitting and honest lyrical content, she effortlessly won the hearts of anyone who entered The Complex that Friday evening.

The night was successful. To all who witnessed the beauty that was Nov. 12, we can agree that the experience was breathtaking. If you weren’t among the crowd that night, don’t worry—missing Baker’s set at The Complex does not take away from the beauty that you can still experience when you listen to her music via any platform. To all who missed the show, your invite to Julien Baker and her incredible music is always open!