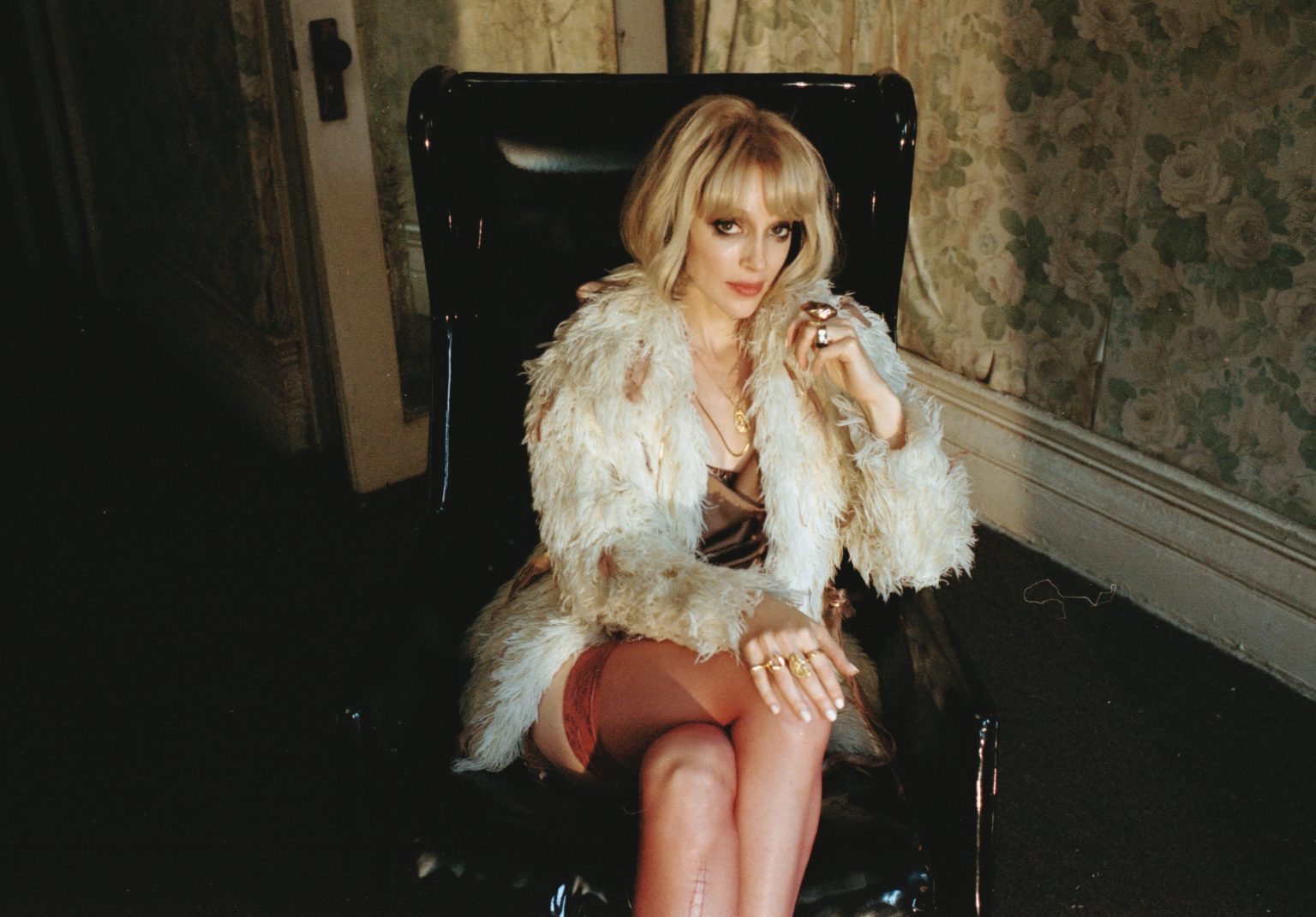 Tulsa’s own indie-rocker Annie Clark aka St. Vincent gave The Gallivan Center a gorgeous early-autumn night on the town last Saturday. Touring off the back of her recent and sixth studio album, Daddy’s Home, St. Vincent is something of a second-coming Kate Bush in lyrics and sound with a delightful dash of strange—her recent album earned its moniker via her father’s release from prison two years prior. Her sound has shifted into lounge-pop, retro New York pseudo-chic on this latest LP, replete with a new aesthetic of a clearly faux blonde bob wig a’la Michelle Pfeiffer in Scarface. It’s been a bit of an all-around detour for St. Vincent, who has always been a dark, smart, brooding beatnik muso whose polysemous lyrics require replays to gather her heady narrative.

In her touring stop at Gallivan, St. Vincent garnered a chill and moderately wine-drunk gathering of very adult listeners. Barely a zoomer could be found in the crowd this time around, a testament to the post-graduates who tend to frequent Clark’s genre fanbase. The sky was pink, the air was tinged with that early-autumn cool and the Twilight audience was glad to be on the grass. St. Vincent came onto the diminutive, but ever-beloved Gallivan stage just as the sky went dark and downtown lit up exuberantly. Wispy cartoonish clouds and a charming cityscape adorned the stage. She opened with a retro doo-wop of her recent album title and her band immediately went into a very real, equally vintage funk groove as St. Vincent sauntered onstage, opening with “Digital Witness.”

The night included several dashes of flair, including a fabulous trio of skilled backup singers and St. Vincent’s vintage leisure suit resplendent with short pants and her new signature wig. Clark worked her guitar with deft, laser-fast fingers, never missing a beat. It’s truly something to behold in person, including the stoke of the droves below her cheering as she shreds. If there were an award for prince of effects pedals, Clark & co. would be a chunky-heeled shoe-in. At moments, Clarke broke the groove with a brief, comedic anecdote on the awkward moments of pseudo-stardom, as in clever interlude to title track “Daddy’s Home.” A second punctuation came via her taking a faux phone call onstage. Along the way, her 2017 hit “New York” precluded her making a sweet cheers “to us all being back together again.” Oft known for her lovely, jazz mezzo-soprano siren skills, St. Vincent was accompanied by slide guitar, keys and even sitar.

St. Vincent can be lauded entirely for bringing a smooth, funky, vocally buttery bravado to a hard-earned Twilight season. As the second-to-last set of this fraught, fragile series, Clarke & her colleagues properly soothed downtown SLC’s collectively fried nerves and sang us some suedey, retro lullabies.