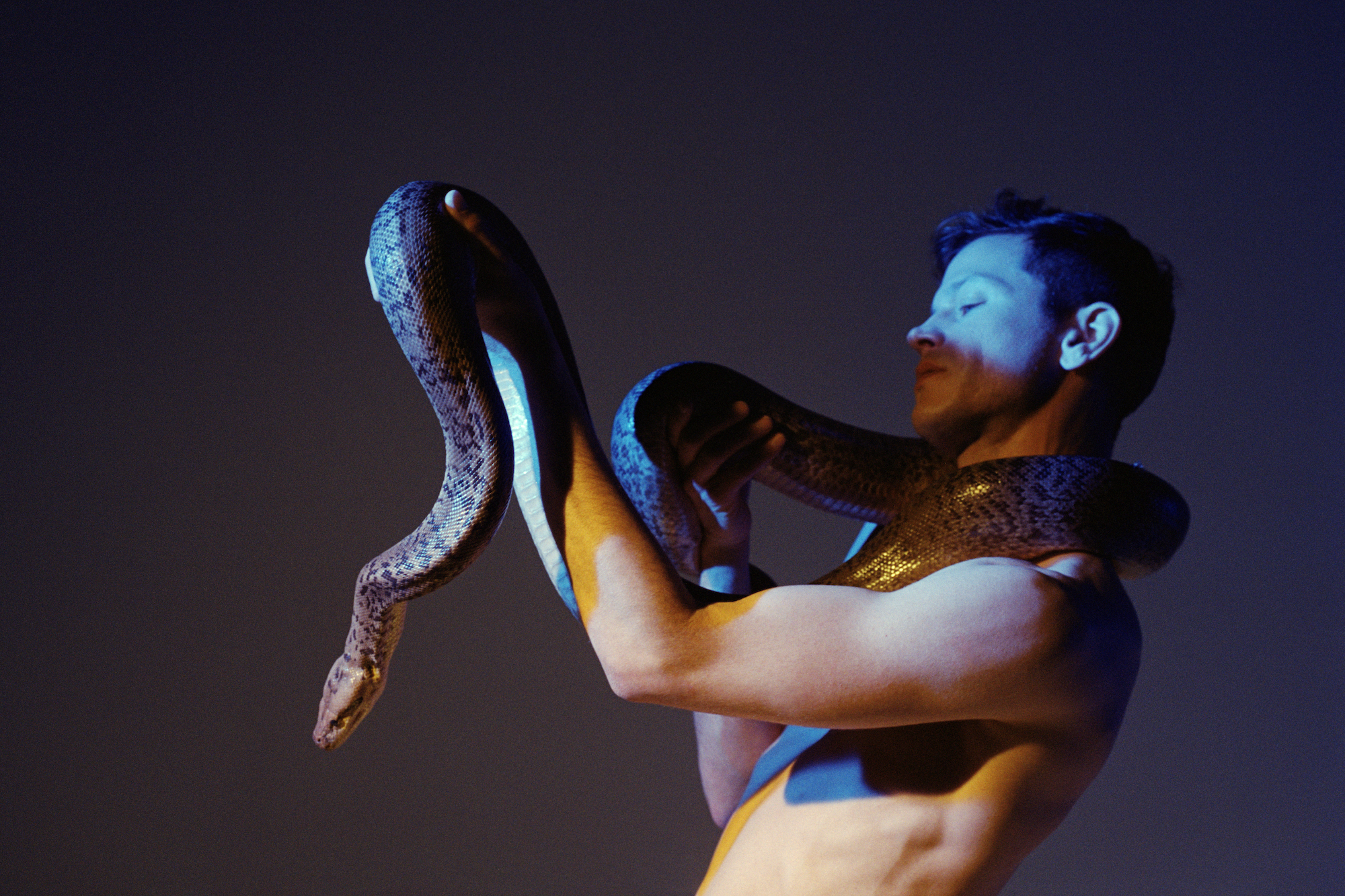 As I’m sure is the case for many of us, it’s been quite a while since I attended a live concert—my first show since the outbreak of COVID-19 was seeing Book on Tape Worm at Velour Live Music Gallery a little over a month ago. For those that are familiar with Velour, you’ll know the space doesn’t hold a high venue capacity, but nevertheless, the hundred or so of us sat together (chairs were set out in the normal standing-room area) and marveled at what was probably the first show the majority of us had been to in a long time. It was an emotional evening and reminded me of what I missed during the time of separation between concert-goers and live performances. Perfume Genius’ performance at Metro Music Hall again emphasized how important this relationship is—live music will go on because it provides an intrinsically enchanting feeling that few other experiences seem to be able to replicate.

Metro also proved to be a unique experience for me. I’ve been to the majority of the concert venues around northern Utah, but somehow had missed visiting this one. They took great concern to ensure guests were wearing masks inside the venue, which was highly appreciated. Once inside, I really enjoyed the atmosphere provided by the chandeliers and dimly lit bar with bottles of different alcohols filling every shelf. In typical concert fashion however, we were late to enter the venue and both acts were late to start. This was made trivial by the extensive options offered at the bar, and our impatience was easily replaced with warm excitement.

Never one to be too enthused by opening acts, I was already put-off by the fact the openers were starting off late, which ultimately meant Perfume Genius would enter stage even later. Contrary to my opinion about opening acts, Hand Habits put on an incredible performance and played the exact type of alternative, indie pop I’m interested in. Meg Duffy is the sole member of Hand Habits—their guitar skills and soothing, cool-rock vocals helped keep the crowd’s focus on the stage, rather than talking to one another or taking a second trip to the bar for another drink. Duffy played alongside Perfume Genius’ touring band, but it was apparent they were the driving force behind Hand Habits from the beginning of the show. This makes sense, as Duffy has played as a studio musician for a variety of well known indie-alternative bands and holds a sound comparable to the likes of Angel Olsen.

Duffy made a surprising, yet welcomed, return on stage after their set concluded when Perfume Genius’ touring musicians began to take their place—they tour with the band not only as an opener, but as a guitarist as well. Lights dimmed and the shadow of the alluring Mike Hadreas appeared as the intro to his track “Your Body Changes Everything” shushed and crooned the crowd to listen to what he had to say. As would be expected of a Perfume Genius show, the backdrop colors were in shades of soft pinks and purples and light, natural blush tones. The flashing lights appeared and reappeared each time Hadreas performed his signature explosive shift in sound, and it seemed as though he was the sun himself, warming you with his melodic hums and cries of  “Can you feel my love? / Do you feel the same? / Can you feel the sun, like honey?”

These mesmerizing sound changes were spaced throughout Hadreas’ setlist, the artist letting you get comfortable before an imploding beat makes your chest throb and centers you to the ground. Those who know Perfume Genius’ work are familiar with this effect in his track “Otherside,” which begins with the softest piano instrumental before Hadreas’ vocals are introduced and he sings “from the Otherside.” The lights blared, the crowd’s hands reach to the ceiling and Hadreas dips his head back in glory. Considering the emotional intensity found between the lyrics of Hadreas’ work, his body movements and stage performance replicated this perfectly as he swayed and dipped with sensuality, clutching his chest and at one point, grabbing slowly a bundle of tulle from the ground until he was draped in its elegant mess completely.

The show continued in this fashion, and I watched from the back of the room as fans in the audience would turn to one another in excitement as their favorite track began to play, or when they were swept away by the intensity of Hadreas’ presence on stage. I too experienced these moments, despite the fact my favorite track, “Alan,” didn’t make the cut for this show (though Hadreas’ easily made up for this with other tracks “Jason,” “Nothing at All” and “Queen”). The latter closed the show down after a booming plea of “encore” came from the crowd. With more sensuality than ever, Hadreas sang “No family is safe / When I sashay” and the audience swayed and dipped with every vocal oddity before collapsing as Hadreas waved us away.

Perfume Genius’ performance cemented in me why waiting in line in the heat outside of a venue and standing and waiting hours among a pushing and tightly squeezed crowd is always worth it to see an artist perform their songs how they were meant to be heard.