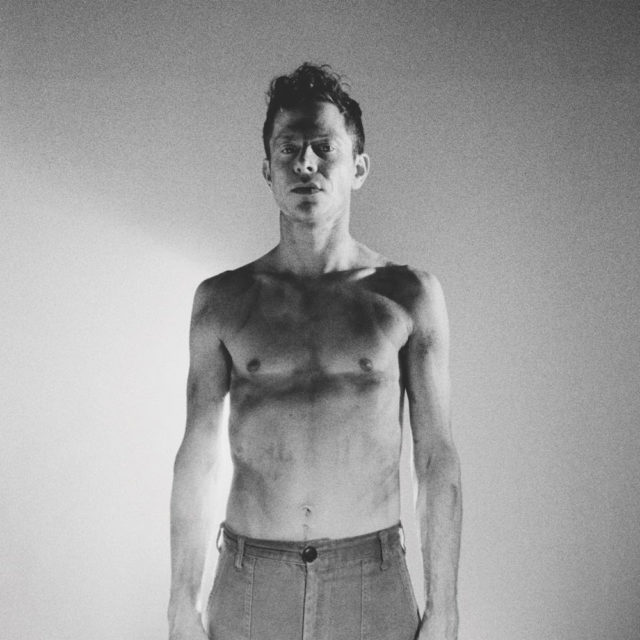 I went through a dilemma when choosing an equation that would best represent Perfume Genius. Mike Hadreas, the lead singer and face behind the moniker, can be categorized as writing and performing chamber-pop, art-pop and indie music. Although, I feel his work expands far past those labels. There doesn’t seem to really be any combination of bands and artists that can describe the music Hadreas creates—his tonality, and the almost weak, suffering vocal sounds he emits with a backup of chamber-style music as accompaniment, stands in a genre of its own.

And when I say weak, I mean this as a compliment. Not many artists are able to draw such breathy vocals and quiet narratives and make it sound just as powerful as the booming compositions behind them. But Hadreas does this and does it well. Ultimately, he expresses the raw, emotive lyricism Sufjan Stevens contains in his music, while brilliantly combining the chiming, dream-pop noises of Beach House.

In the past, Hadreas has less than delicately written on topics of sexuality, body fragility and LGBTQ+ issues. Drawing inspiration from his personal life and the abuse he faces as a gay man, Perfume Genius has stood out among other acts as a powerhouse, producing sounds that are as gritty as they are poignant. Hadreas has received praise for his previous four albums, each one seeming to gather more and more critical acclaim. Now, Set My Heart On Fire, Immediately, his fifth album, feels like a rounded combination of everything he has expressed in the previous four from a more experienced and resolute perspective.

The 13-track album begins with “Whole Life.” Immediately, we hear Hadreas drawing in a stuttering breath—this feels like a telltale that the track itself, if not the whole album, will contain the same emotional presence of previous albums. “Whole Life” expresses the sentiment that half of Mike’s life has passed away as he ages, and he is now coming to terms with this idea over a dreamy and smooth piano ballad. His airy vibrato is prominent in this track, pleasantly combined with a moody guitar and string instruments. In classic Perfume Genius sonic style, a soft opening gushes into a more powerful, musically dominant chorus.

In contrast, one of the album’s singles, “Describe,” has dirty guitar riffs as Hadreas’ vocals duet with a female singer. The lyrics stating, “The lock on the door / Is barely holding / Can you just wait here with me,” again expose Hadreas’ vulnerability. The track appears to address the symptoms of someone dealing with an addiction reaching out for help, but at the same time fixating on their lover. He sings, “Can you just find him for me / Can you describe them for me,” perhaps wanting to have that “one” person by his side to help him through his distress.

A common theme in many a Perfume Genius track is romance and sexuality. This is especially present in “Jason.” I thought it would be a similar “Alan”-sounding track (from No Shape, the emotional intimacy of which, in my eyes, no track can surpass), but the sound was much more sensuous. While “Alan” felt like the desperate song you’d cry to your partner realizing how much you need one another, “Jason” speaks more like the grimy affair you’d have on the side. Hadreas still makes it sound beautiful, though. With a buildup of an instrumental, the track croons as his voice continues to rise into his falsetto, eventually falling completely as the song climaxes then cuts into the next.

Halfway into the album and almost all of the tracks are sonically diverse, containing so many different sounds and progressions, vocal shifts and instrumentals, that it’s hard to believe all of them belong on the same tracklist. Also, halfway through the album, you get “Your Body Changes Everything,” a piercing single with Hadreas’ giving, deep vocals huffing and panting along. Another similar motif in the Perfume Genius discography is body image and dealing with the notion of taking up space. This time, Hadreas writes of drowning or suffocating under the weight of his lover’s body in a haunting way.

The final tracks, “Some Dream” and “Borrowed Light,” feel desperate and fleeting. At the peak of its arch, “Some Dream” is discordant and jumbled, a meshing of piano keys that fades into softer vocals that then cut through the mess to provide possibility and relief. While “Borrowed Light” remains soft and lush throughout the entire track, Hadreas’ vocals are exasperated and waning. “No sun hangs outside / It’s just borrowed light,” the song tells, ending the album on a note of exhaustion and peace.

All in all, Perfume Genius has released an almost flawless discography up to this point. Every song on each album magnifies such raw and palpable vulnerability, sadness and confusion that it’s hard to listen and not feel the breadth of Hadreas’ pain. To me, No Shape felt like the most cathartic release and showcased a shift wherein Hadreas found his sound. If the previous albums were all written in a process to help him eventually reach his point of culmination, it’s then hard to keep going up from there.

Set My Heart On Fire, Immediately is still incredible, but doesn’t have the same ferocity of someone who has ached and yearned to discover themselves. The songs are beautiful and cover a lot of the same concepts touched on in previous albums, but this time from a more experienced and grounded individual. Still straying away from conventionality, Hadreas has created an experience to listen and grow to and to guide us into a progression of the person we need to be. –Jamie Christensen