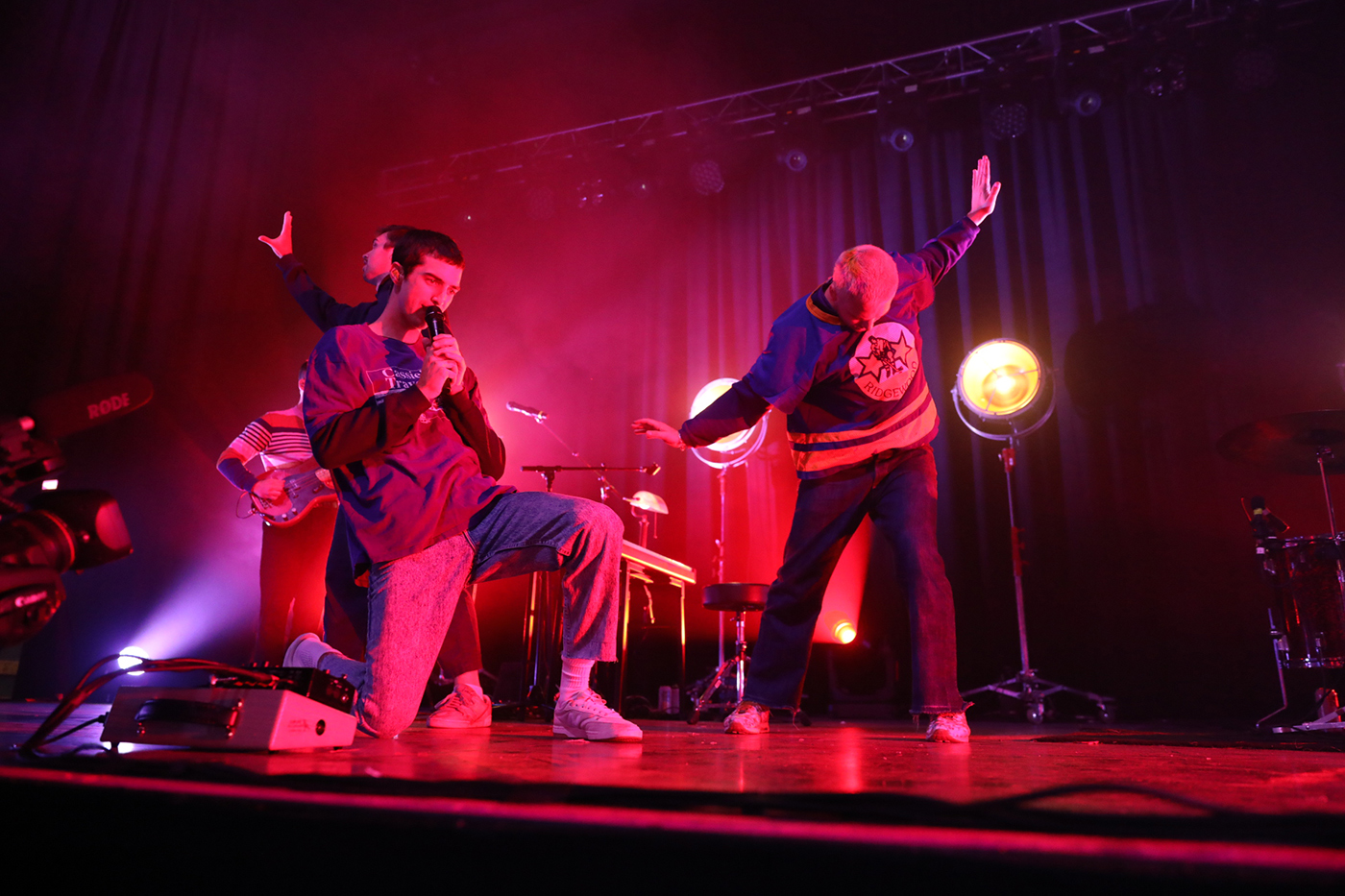 The Long Beach, alternative, indie, electronic and dance move–infused band half•alive comes to Salt Lake City to play a packed all-ages show at The Depot. This downtown venue just on the merger of South Temple and 400 West has the marquee lit up, security geared up with their wands and lines seen all the way down the block. Rows and rows of teens, couples and fans are waved in one at a time at doors and make their way to the main floor!

Upon attendees piling in, some make their way to the front for a spot at the rail, some to the back to chill in their own space and others to the balcony level to grab a beer. House music plays over the venue’s speakers and there are periodic “woooo!”s of excitement. The band won’t come on stage for another few minutes, but the crowd doesn’t seem too restless, singing along with “Stacy’s Mom” from Fountains Of Wayne and “Holiday” from Green Day over the speakers until the show finally begins.

First up on the two-act show docket is the LA formed, indie, electronic, slightly R&B duo slenderbodies. Sneaking a peak of the performers coming off the elevator just through the curtains, the few in the crowd murmur “I see them!”. The room goes dark and band takes the stage by two mics placed evenly on the stage. slenderbodies then proceeds to sweetly, subtly and some might say, passionately, woo the audiences’ ears as hands go up in the air and everyone in the house hangs onto every word of the entire set.

After a break in the mood, the house lights come up and shirts start flying off the merch table like hot cakes until it’s time for half•alive. “Half…a…LIVE! Half…a…LIVE!” shouts the audience, loud enough for the band to hear as they make their way up the elevator. One by one they take positions ending with Josh Taylor in the spotlight. As the lights dim, spots flip on and music starts! For the next 20 minutes it seems like no breaks were taken as vocals are sung (verbatim by the crowd), music plays and band members and crew take turns moving mic stands, using flashlights, playing instruments and participating in impressive, exhausting dance routines. All together, it was an amazing show that had the concrete floor flexing with all the happy, dancing feet of the attendance.