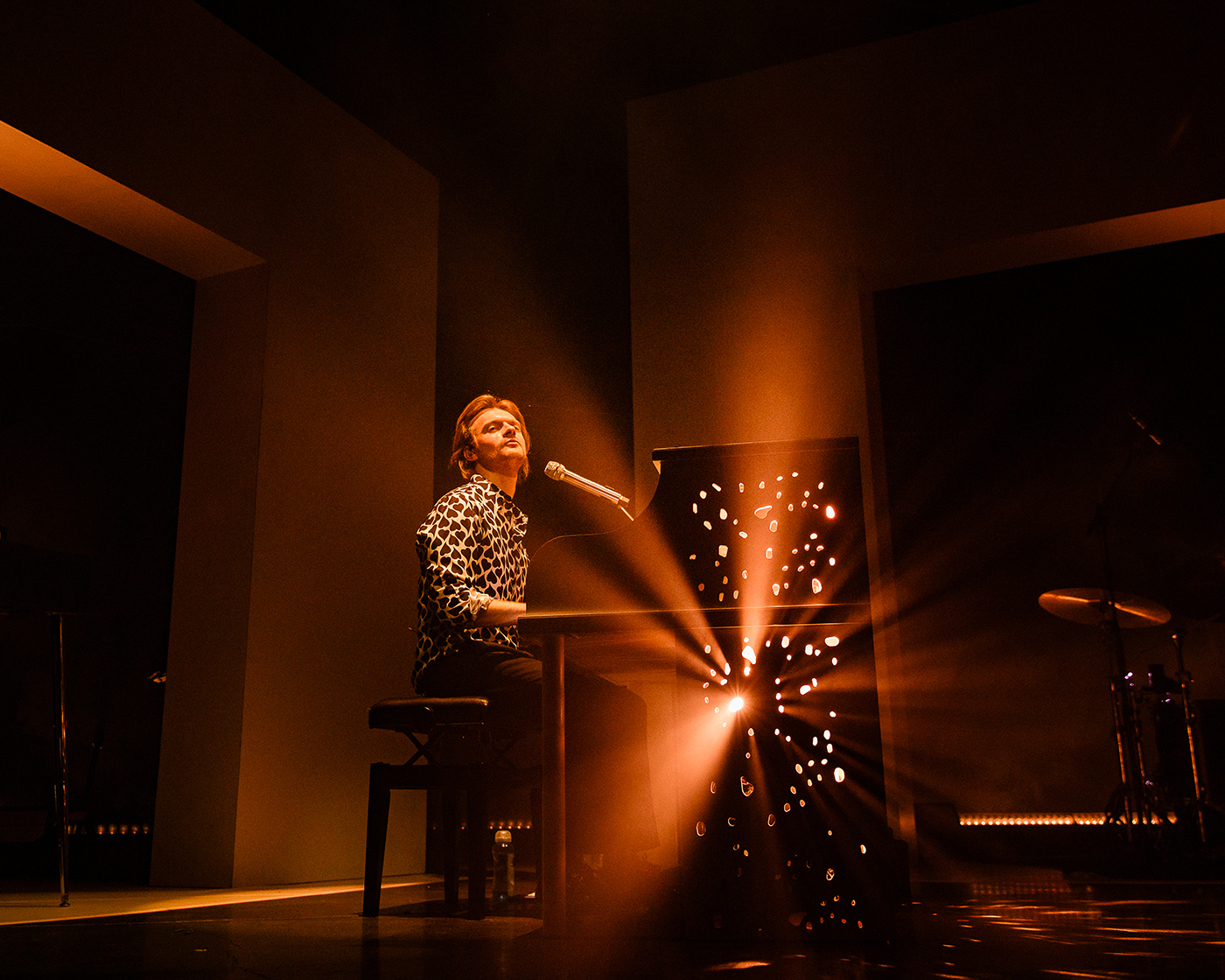 Musician and singer-songwriter FINNEAS is out headlining his first tour, Optimist, stopping by The Depot in SLC for a sold-out, all-ages show accompanied by musician Marinelli. Doors said 8:00, but the show started wayyy before, with all the crowds already inside and moseying into the venue to see Marinelli playing lone on stage. Lit solely with a single spotlight and armed with a guitar, a keyboard at arm’s reach and a water bottle (gotta stay hydrated), Marinelli played some mellow pieces, appealing to the heartstring, romantic fare. Opting for a stripped-down set, this musician did have an electric guitar but no synthesizers, no overlain track and chose to play just one instrument at a time. Marinelli only ever stopped to address the audience and take the occasional sip of water—to which the audience was in huge support of as they whoop and cheer each time (again, gotta stay hydrated).

After a pretty hefty—bordering on one hour—set-change break, the audience was restless and beside themselves with audible excitement for the next set to start. As the fog built from the sides of the stage, a stage hand fakes out the crowd by rolling out and uncovering a white piano. The crowd anxiously cheered until they realized there are still a few minutes to wait.

Finally, FINNEAS took the stage in dramatic fashion with a lights-out, the artist backlit and stepping in between the oversized white arches into a laser stream. Pausing for applause and then taking his place at the mic with a guitar, he began to play as audience members sing along with just about every word.

The entire bottom floor of the venue was shoulder-to-shoulder with teens, tweens, fans and fanatics, with a few VIP sections filled in the balcony as people grab a drink or two. This sold out event was definitely a place to be to enjoy some music, sing along and scream with some friends.