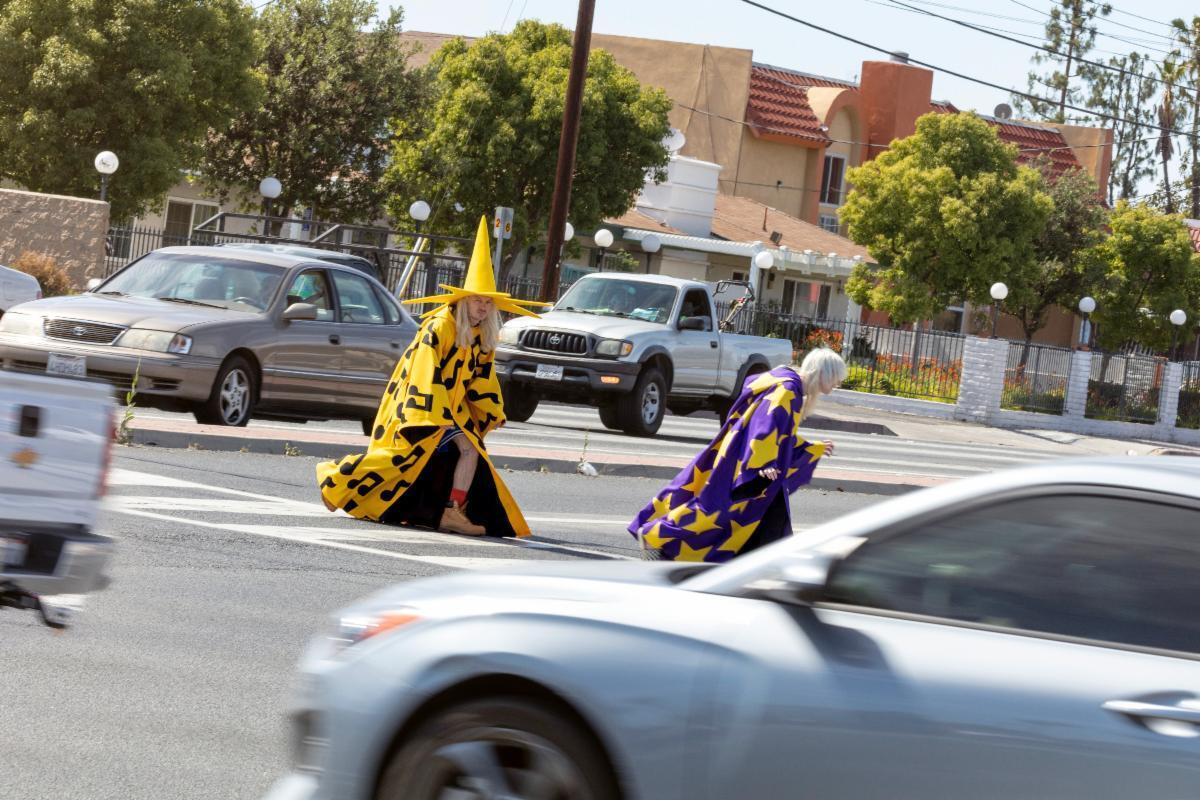 Glancing around the sold-out show at last week’s 100 Gecs concert felt like navigating the Mean Girls lunchroom—just as many jocks as there were art gays, as many stumbling fraternity drunks as there were storebrand Addams Family characters. Nonetheless, the lot of us made the trek out to The Depot in the brittle October evening for a showcase from the one group that can balance silliness, sincerity, experimentation and pop flair enough to bind these contrasting strains of music fandom together.

The night began with a brief, explosive set from up-and-coming artist Aaron Cartier, fresh off the release of their acclaimed (in my circles, at least) trio of 2021 releases, chains, SMILE SEASON and MELHOR CACHORRO—the last of which was a collaboration with Baby Izo and 100 Gecs’ Dylan Brady. Cartier ran through a dozen-plus tunes in their ~20-minute set, screaming out woes over money, the music industry and more over a set of noisy beats that traversed video game samples, trance breakdowns, and hyper-hip-hop fusions. Cartier’s genre-omnivorous pop experimentations feel like an obvious choice to set the stage for Gecs, and the artist’s livewire energy instilled an eagerness in the Depot crowd for the headlining act.

This anticipation may have waned for some, as Cartier’s set was followed by a notably extensive gap while 100 Gecs set up, sound checked, sound checked again, and again, and again. Marred by obvious technical and sound issues, the beloved Gecs weren’t able to take the stage until well after 9:30. Even then, the duo seemed to be running somewhat blind—Laura Les even quoted Bill O’Reilly’s infamous “We’ll do it live” tirade at one point.

Despite these hangups, the duo were still able to deliver a spitfire set that solidified them as one of the most exciting and adventurous groups in modern music. 100 Gecs littered their performance with most of the tracks from their breakout debut record, 1000 Gecs. Arriving second in the setlist, fan favorite “Stupid Horse” drove the crowd into spiraling madness, with limbs, glasses and pocket paraphernalia flying in all manner of direction under the track’s hyper-ska beat. The already balladic “gecgecgec” was given an acoustic treatment, further highlighting the track’s innate sentimentality.

The 1000 Gecs hit parade saw a few intermittent snatches from the group’s much-much-much-anticipated sophomore record, 10000 Gecs, worked into the setlist. These ranged from the explosive synthesizers of “Hollywood Baby” to the comical, almost novelty-esque clunk of “What’s That Smell?” Even in this live setting, the unreleased offerings signaled the further development of 100 Gecs into their niche (though often imitated) sound world. These hyperpop hysterics may have filtered out into hundreds of artists and scenes, but there’s something novel in how Brady and Les imbue these admittedly silly sounds with a host of pathos and empathy.

Perhaps most rewarding about 100 Gecs’ set was the combined performative prowess showcased by Brady and Les. Save for the acoustic “gecgecgec,” the duo performed front-and-center to a backing track in full pop-diva bombast. The start of each track was punctured with a grunt of “Let’s get this shit!” from Brady before the duo traipsed around the stage with equal measures of suaveness, awkward sarcasm and beatdown brutalism. Even in their apparent unease at the show’s technical misfires, 100 Gecs made their stature clear—they own this music, and stand in full confidence over the uneasy 180s and mismatched layers of their songs.

Despite the lengthy mid-evening gap, Gecs were still able to deliver a full-feeling set that electrified their diverse fanbase. The olds ones sounded great, the new ones (perhaps) even better—all that’s left to do is patiently await the 2022 release of 10000 Gecs and hope this isn’t the last time this devious pair of wizards graces a Salt Lake City stage.