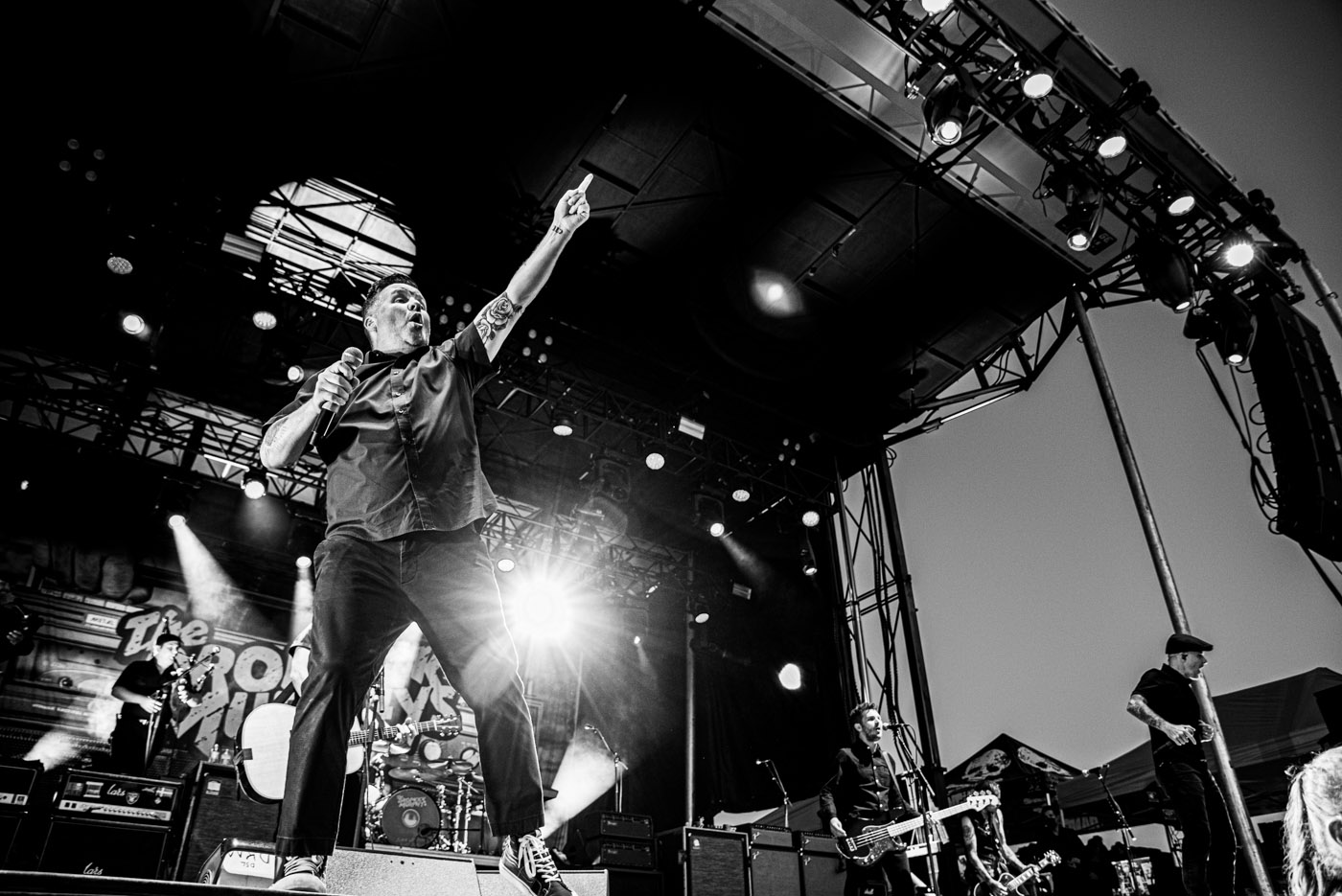 The Boston to Berkley tour returns to Utah with special guest The Bronx. An eager crowed began to assemble along Rio Tinto Stadium to enter the U Of U Health Plaza, lining up early Saturday evening. Los Angeles–hardcore-punk band, The Bronx starts the evening with their energetic set. Having seen them perform a few times before, I knew they wouldn’t disappoint. The band says that it’s good to be back performing live shows, playing some of their fan favorites like “Shitty Future” and “Heart Attack American.”

The crowd grows and grows as the night goes on, welcoming Dropkick Murphys to the stage as the second performers of the night. The crowd sings along with each new song. This Boston Celtic punk band has a good fanbase in Utah and the Dropkick Murphy fans make it known. A common theme of the evening is that all of these bands have a substantial catalog of songs to pick from and Dropkick Murphy’s double-frontman stage presence keeps the crowd’s momentum going through the end of their set.

Utah-County native, Branden Steineckert greets fans on stage behind his drum kit as Real Salt Lake’s “Believe” chant fills the open venue. The spotlight then shines on Lars Fredreikson to the left of the stage as Rancid opens their set with “Roots Radical,” off of their …And Out Comes the Wolves mid-90s-classic punk record. The older fans all sing along as the band plays hit after hit. Rancid announces to everyone that they are working on a new record. It’s great seeing a packed house at an open venue. It was a multi-generational show: Older gray-haired punks stand in the crowd along with younger parents whose children sport their noise-cancelling earmuffs while running around in their own circle pit.