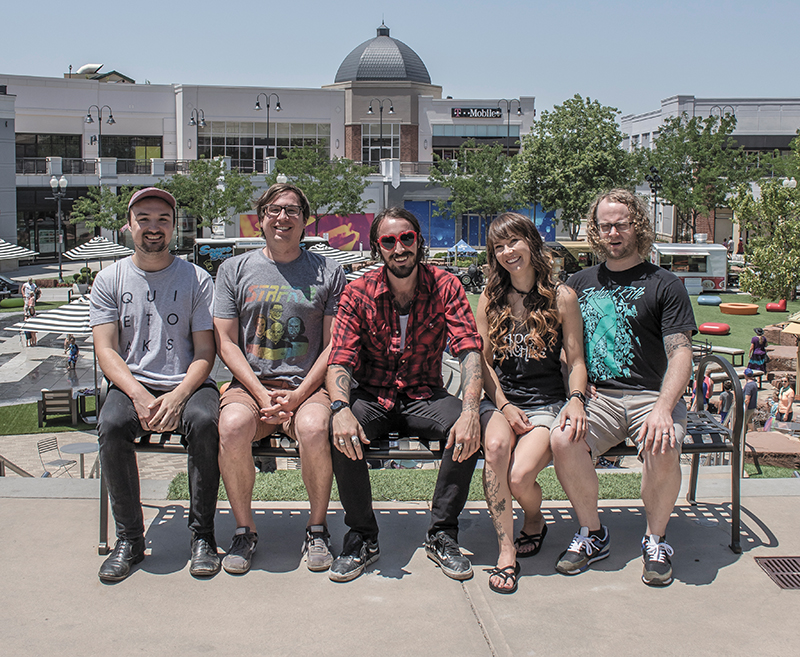 Homegrown and Utah-centric, Salt Lake’s Crucialfest 7, takes place mostly at The Gateway from Aug. 31 through Sept. 3. Headliners include The Growlers, STRFKR, Minus the Bear, Built to Spill and Baroness (to name a few). With an array of affordable ticket options, Crucialfest 7 promises an exciting lineup all in one place, with an impressive array of local bands, nightly performances, and DJ sets at Metro Music Hall and Urban Lounge.

Jarom Bischoff, who has led the efforts behind Crucialfest since its inception with help from wife, Tiffany Bischoff, has teamed up with S&S Presents, headed by Will Sartain and Lance Saunders, to make Crucialfest 7 the biggest Crucialfest yet. As a result, the lineup for Crucialfest 7 is packed with artists from a wide variety of genres while still giving a voice to local bands. “I think that with the collaboration [between Jarom and S&S], we ended up with a pretty balanced lineup that speaks to different people at the same time,” says Jarom. For Jarom and S&S, maintaining Crucialfest‘s reputation for showcasing a balanced mix of local bands and national acts was just as high of a priority this year as it has been in years past. “The lineup being half locals makes it Utahn,” says Jarom. “There’s really not another festival anywhere that I know of that has such a heavily locally represented portion. The bands that we book are bands that we’d like to think people in Utah will really like.” The addition of Sartain and Saunders has added a new musical perspective to Crucialfest 7, giving the festival a more diverse lineup than in years past, with both the national and local acts coming from varied genres such as electronic, indie and hip-hop as well as the usual harder-rock fare. Marketing and Administration for S&S Nic Smith says, “The locals that we have this year, each of us are a fan of at least one of them, and most of them are currently playing a lot of shows here in Salt Lake.” Giving local bands a platform to share the stage with national acts such as The Growlers and STRFKR is something that Jarom has always aimed to achieve through Crucialfest, while S&S has always ensured that touring acts have a place to play whenever they come through Salt Lake, making Salt Lake a nationally renowned music destination. “Without getting a foothold in Salt Lake, it can be pretty hard for bands to come through and also local bands to get out,” says Jarom. “Sartain and Saunders have been making sure that cool bands have a place to play here, and Crucialfest has been trying to do that for local bands and touring bands as well.” For Jarom and S&S, keeping the ratio between local bands and national acts equal gives local bands the opportunity to network with bigger bands and offers national bands a glimpse of the thriving music scene in Salt Lake for future touring opportunities.

Jarom’s collaboration with S&S has significantly increased the scope of Crucialfest from years past, and the change to The Gateway as the main venue reflects this. While exploring options such as possibly shutting down a street in the Granary District or reaching out to Gallivan Center for Crucialfest 7, the idea to hold an event at The Gateway presented itself somewhat fortuitously. “The biggest thing about [The Gateway] is that it is way more unique than any other event space I can think of,” Jarom says. “It has all the indoor areas. It has a big outdoor space. I think there will be a really good vibe there. The general attitude of everyone at The Gateway that we’re working with is awesome. They’re a lot more motivated to do something exciting and creative with their space.” The Gateway merges the idea of an outdoor space with the added sanctuaries of indoor spaces, and Crucialfest plans on using the north end of The Gateway for a main stage while also having shows inside the former Apple store, as well as VIP areas, a merch room and an art showcase. “ I think it’s cool [to use] this sort of abandoned place where they’re super motivated to rejuvenate that area and those spaces, and it’s just a really cool opportunity,” says Sartain. “We thought it had so many stores that we can use for different things. I’m just really excited about it.”

Ultimately, Crucialfest 7 is a festival made by Utahns for Utahns, and it is a must-see for local music aficionados and fans of the headlining bands alike. “It’s really cool to go to a place like this for two days and be subjected to different music, different bands, different genres, and you might find out that your next favorite band, you’ve never even heard of them until you go to Crucialfest,” says Saunders. “We had a great time putting this together, and we hope that everyone has a great time coming out.” For a full lineup and ticket options, visit crucialfest.com.

Editor’s Note: After our submission to our printers, Aesop Rock had to drop out of Crucialfest 7 due to unforeseen circumstances. We apologize for any confusion.