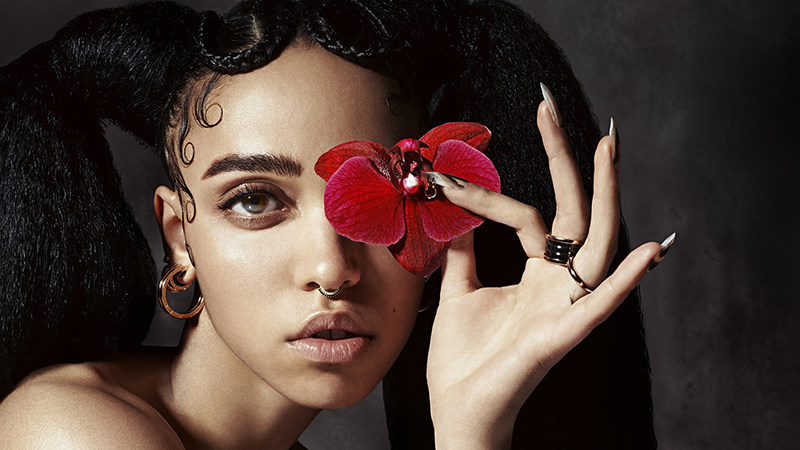 As soon as the FYF Fest lineup was announced back in May, I began eagerly planning my trip to the heart of downtown LA for the two-day-long festival (formerly known as Fuck Yeah Fest). The diverse, multi-genre lineup is the best—and timeliest—of 2015, with major bucket-list headliners ranging from D’Angelo and the Vanguard to Morrissey to The Jesus and Mary Chain to—yes!—one of my all-time girl idols, FKA twigs. Here are some of this year’s FYF Fest must-sees, starring female-fronted acts who kick ass as artists and as women: FKA twigs—who just released her EP, M3LL155X—is reason enough for me to head to FYF Fest. twigs traverses trip-hop with sultry croons, warbling synths, glowing textures and off-kilter drum machines. Her entrancing live performance, however, is what brings her musicality to the next level. twigs’ artistic control, experimentation and vision are most palpable onstage and in the spotlight, where twigs herself is, more than ever, supernatural in her allure. She’s unbelievable with her body, hypnotizing in a brazen yet intimate way, as she lithely seduces with strength and poise, natural (and unnatural) contortions. Her performance is never spectacle, either—only expression. She upends the audience’s gaze, never expecting—or wanting—us to understand everything that she does. twigs creates on her own terms, and in doing so, her work—as singer, songwriter, dancer, auteur—presents a stunning sense of subversion, of tenacity, of control. LA-grown best friends Cleo Tucker and Harmony Tividad bring us back, misty-eyed, stumbling and smiling, to the strangeness of growing up. There’s something charming and compelling in the pair’s music, which is stripped down and straightforward, truth-telling and vulnerable. Tucker plays guitar and Tividad’s on bass, and their voices are always in the foreground, singing together—in harmony, in unison, chanting, shouting, round robin–ing—as they turn skyward with questions of comfort, aloneness, childhood, expression. Girlpool sing about life Before the World Was Big (to take from their 2015 album title), but their fearless sincerity is immense and affecting, and Tucker and Tividad—who are 19 and 18, respectively—are a beaming testament to the goodness of female friendships. Hop Along’s arresting, guitar-driven music is punch after punch to the gut, in large part thanks to singer/guitarist Frances Quinlan’s voice, which is part croon, part rasp and all felt. She holds notes just long enough to hit splintering, almost-discordant howls, which are ragged and earnest, ecstatic and violent. Each listen of Hop Along’s latest release, Painted Shut, is devastating: Hop Along’s delivery is bittersweet as they tell us story after story of power, money, literature, identity. Quinlan is clear-eyed and unapologetic—I’ll never forget how I felt when I first heard her voice, or when I read her radical take on punk-show and stage-diving etiquette. La Femme’s frontwoman, Clémence Quélennec, lends a chic and sensuous flair to the French group’s energetic and initially mystifying sound: Their music puts lusty male-female vocals over punk undercurrents infused with one part twanging surfpop, one part thudding darkwave—think Kraftwerk throwing a throbbing dance party on the beach. Like their 2013 album title, Psycho Tropical Berlin, describing the band’s music doesn’t make a whole lot of sense until you give it a listen, and then you’re suddenly feeling the sensations “Sur la plage, dans le sable”—on the beach, in the sand—and jamming along to the part-coldwave, part-yéyé, all-élan grooves of La Femme. London-based four-piece Savages keep the post-punk tradition alive with swirling reverb, rattling abrasion, stark all-black outfits, Jehnny Beth’s unadorned, full-bodied vibrato, and a manifesto, printed on the cover of Silence Yourself, that proclaims unfettered focus, intent and impact. Like Patti Smith (whom Beth hails as a major influence), Savages are taking what it means to be feminine—and human—and twisting, pummeling and redefining it, with heavy, austere soundscapes, relentless songs about violence (not love!) and following no one’s rules—or myths, or romanticisms, or distractions—but their own. Solange has had me captivated ever since I first heard her glossy and glowing 2012 single, “Losing You,” which carries sunkissed ’80s pop and sticky R&B beats underneath bittersweet lyrics and Solange’s breezy vocals. Her impeccable style and marvelous aesthetic tout grace and vibrancy, fueled by Solange’s firm ownership of and devotion to the multitudes of her self: her femininity, her blackness, her motherhood, her artistry. The singer’s latest collaboration with Puma is absolutely worth noting for its creative direction and its celebration of real women of color. Like so much else in her life, Solange is bold in declaration and delight, and I’m eager to see that translate to the stage.