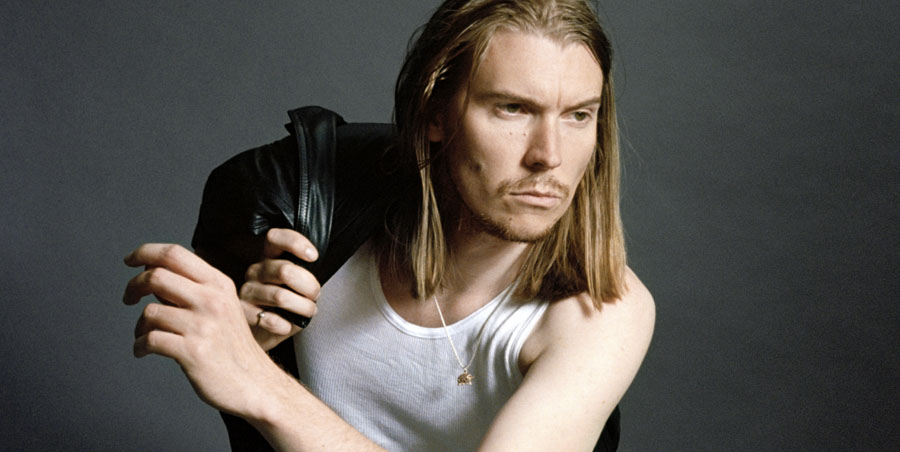 Urban Lounge was the perfect venue for Sydney, Australia’s Alex Cameron. While the building wasn’t packed by any means, Cameron’s fans were there in earnest, jammed within the small, railed-in area just in front of the stage. The crowd there can look thicker than it is due to the room’s layout. Cameron actually mentioned once playing for a room of four people at a music shop in Florida. There were a lot more than four at Urban, and, it seemed, none of them were casual fans.

The opener was Molly Burch, a soulful singer-songwriter from Austin, Texas. Her set was brief and sparsely presented. It was only Burch backed by a guitar and a bass, whose players harmonized ever so lightly alongside her commanding vocals.

Burch made it through the majority of her debut album, Please Be Mine, during the time she was onstage. A lot of the songs she performed brought an old lyrical vibe. The only thing needed to make it complete was a thick cloud of smoke permeating the space. A lot of the music also had a dated feel to it, like the song “Sleep Walk” from the 1950s, featuring a steel guitar.

The whole thing was dreamlike, slowed down, lulling the crowd, who were swaying to and fro in a melancholic fashion. Burch’s  pairing with Cameron wasn’t odd, considering the open-minded, eclectic audience, but the energy for Burch, from her as well, in no way matched what took place a half an hour after she vacated the platform.

Alex Cameron took the stage with “Studmuffin96” from his latest album, Forced Witness, while a whole host of young people sang along to almost every word. Without breaking, Cameron and crew delivered “Happy Ending.” Cameron’s right-hand man, business partner and saxophonist Roy Molloy received a ton of cheers every time he blew into his instrument, the unsung hero of a cult following. When Cameron did address his admirers, he spoke about this being the first time he’s played in Salt Lake, and that he has friends from the area, namely Brandon Flowers. It was cool to hear how the two came together on some collaborations, one of which Cameron performed before the night ended.

The rapid devotees were treated to a quick tangent while Molloy critiqued the stool he was using. I don’t know if it’s a regular thing, but Cameron called it Roy’s Stool Reviews. Honestly, it sounded as though Molloy was possibly a stool aficionado. But, if it wasn’t something ordinarily done, Molloy pulled it off with some very quick thinking—he’d be a good salesman. Lucky for us, he, and Cameron, are showmen instead.

While the band was knee-deep in the song “Candy May,” I took a moment to people watch and was astonished to see so many folks mimicking Cameron’s singular dance moves, which you can witness for yourself on any of his music videos. The rug cutters in the crowd looked as though they had seen those videos over and over, and were spot on with their renditions.

Cameron played almost everything I hoped he would. Australian pop singer Holiday Sidewinder accompanied on keyboards and backing vocals, but also played Angel Olsen’s part on “Stranger’s Kiss.” “Runnin’ Outta Luck,” another favorite of mine, was played to end the buildup leading to the finale.

The band began their thank yous and goodbyes with “Politics of Love,” the song Flowers had a part in creating, and described by Cameron as the group’s mission statement: something beautiful in a world with a lot of dirty recesses. Cameron finished the night with “Marlon Brando,” a track regarding machoism and the confused nature of those exhibiting the trait, to an abundance of cheers.

It was honestly too short. I think he could have played his entire catalog and nobody would have thought it was too much. But Cameron played the early gig on a double show at Urban. The stage had to be cleared. It’s all right, though—he got a ton of love from Salt Lake, from people who dig all of his work. All of it. I think we left him with a good impression, good enough that he should come back soon. –Billy Swartzfager