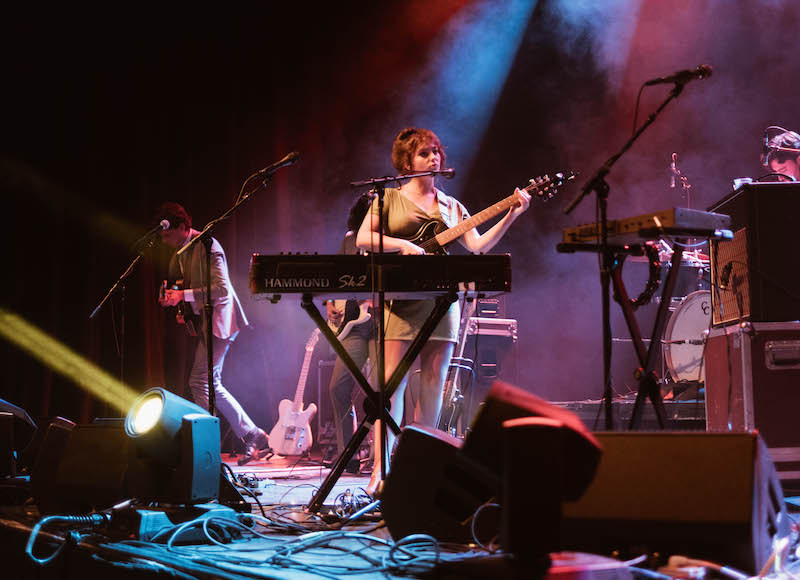 “I dare you to understand / What makes me a woman.”

On the last stop of her self-proclaimed “forever tour,” Angel Olsen is a desert mirage in the billows of stage lighting. Dressed in a tailored green dress and a piled-up, Gibson Girl hairdo, her band surrounds her in razor-sharp, matching grey suits complete with bolo ties. Though she needs no introduction, if someone were to drawl, “Ladies and gentlemen, give a warm welcome for Ms. Olsen,” it would feel appropriate. Olsen’s presence is not an indulgent spectacle, despite the nostalgic American Bandstand visual effects—rather, it is a well-deserved proclamation of finding one’s stride. 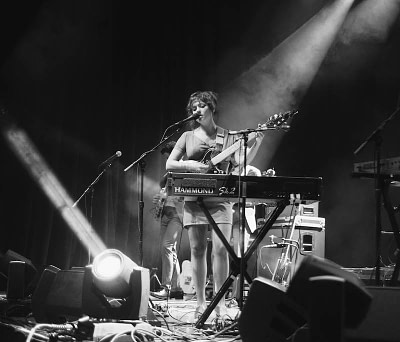 Having been on stage in some form or another since her early tweenage years, Olsen’s wise and sure musical persona has been painstakingly, if humbly, earned. As she plays “Never Be Mine,” a twangy ballad with a lovesick bite, the years of writing, touring and performing come into clear, unadulterated focus.  She is in perfect synchronicity with her band, so much so that each note and line sends a shiver of excitement through the large, dark room. Olsen’s music has the ease of songs played by heart a million times, but it’s the exacting edge of precision that feels like a watering can on the dried soil of our ears.


Olsen and band move to “Shut Up Kiss Me,” a dreamy collusion of subtle lo-fi vocal effects, snappy drums and a ring of electric guitar riffs.  There is a clever, understated sense of humor present in Olsen’s songwriting that translates to the stage in a way that makes it feel as though she is winking at every person in the audience individually. She cheekily sings, “If I’m out of sight / Then take another look around / I’m still out there hoping to be found.”

“This song is seven minutes long,” Olsen says, unapologetically, before launching into “Sister.” In the ’70s,  Stevie Nicks wrote long songs that showcased complex guitar pieces and her talent for crafting music that transcended Top 40, but producers and fellow bandmates chopped her extensive pieces into short, album-length tracks or cut them out altogether. Olsen nods to this unfair history and reigns over her own space by playing several of her tracks that move at their own pace, such as “Woman” and “Acrobat.”  The audience remains riveted to the last second of the last song, and Olsen eloquently settles the matter: Let women play uncensored for as long as they damn well please. 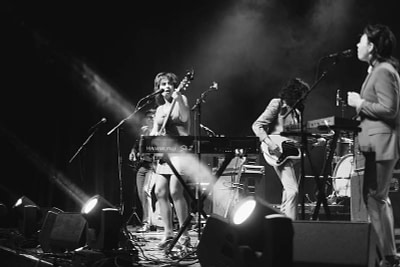 Olsen’s set list for the night was a perfect vignette of her works, spanning Half Way Home, Burn Your Fire For No Witness and Woman and capturing the idea of reflection and movement that seems to have inspired her latest work, Phases. Olsen has the ability to examine her emotions and stories as a third party without getting stuck in them, which makes her music insightful but more light than heavy, even at its darkest points. She doesn’t disown or downplay her past, but acknowledges it and moves on. As she points out in “Windows,” “What’s so wrong with the light?”

The final track of the evening was “Woman,” an epic of a song that begins slow and innocuous, reaching a boiling point as Olsen dares, “Tell me what I wouldn’t do / Tell me that love isn’t true.”

She has a knack for the bittersweet, revealing ugly secrets and the fondest flutterings of her heart in the same breath. In a way, seeing Olsen is such a treat because she reminds us to show up for ourselves, to sing our own songs clearly and without pretense. Her honesty, in both songwriting and in her stage presence, is an inspiration to all those still hiding behind curtains.  –Kia McGinnis