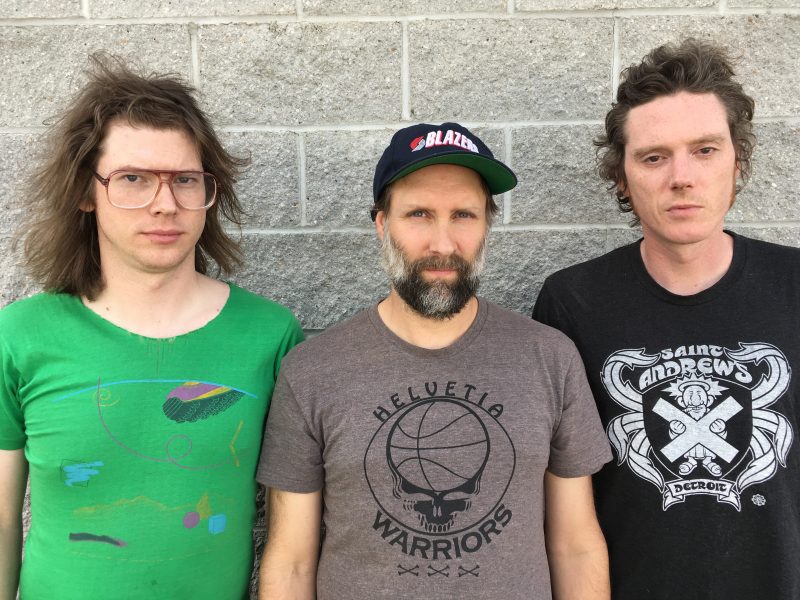 Photo courtesy of Built to Spill

Doug Martsch might be the most down-to-earth master of music I have ever witnessed. Musicians as talented and accomplished as Martsch generally seem unapproachable, on a pedestal created by folks like me who believe they are more than a person who writes relatable music. I wonder to myself sometimes what a conversation would sound like if I were to get an opportunity to sit down with an artist I admired. What could I talk about with someone like that? As the opening band at Urban wrapped their set and new people converged upon the stage to dismantle and set up instruments and equipment, I noticed Martsch in the dark, unassuming, unimposing, packing his own things onstage, uncoiling cords, an everyman. I concluded the imaginary conversation with him would be unpretentious, regarding anything that arose—creativity, music, the commute to the venue—and not one shred of it would be forced or fake. Doug Martsch offers no lip service. That is why he is a deserving icon of indie music and the culture it nurtures.

For the unfamiliar, Built to Spill are on a major label, not an independent one, and have been since the ’90s. What makes them indie, if you ask me, is the way they carry themselves, the way they make records, the way they perform live. Their shows are usually quite the spectacle, and not because of an awesome light show or pyrotechnics, not even a projector, but because they can play. Boy, they can flat play.

Wednesday at Urban was made from their usual fare, though it began a little slow. It may have been a number of things, but I could barely hear Martsch sing the first song. I was standing stage right and wondered if I was watching from the wrong chunk of real estate. I moved a bit and found a place I could decipher what was being sung and said better, but there were still a couple of lulls through the show when I had to crane to pick up the vocals. Martsch apologized and said he didn’t have much of a voice, so maybe there was a combination of elements. It wasn’t too big of a deal though. I, along with most everyone there, knew most of the lyrics without him having to sing them. And the band jammed hard to begin or end every song anyway, which is always a draw when they come to town, as told by the fervent cheers and whistles when they really let it fly.

The set list was a short one, but the extended instrumental deviations made the show the perfect length of time. I think they only played 12 songs, hardly a fraction of the body of work they have given fans for the last 25 years. Built to Spill played some stuff from 1999’s gem, Keep It Like a Secret, one of their most accessible, yet still brilliant, albums. “The Plan” was played early on while “Carry the Zero” was the finale before the encore, which included the last of three from Secret, “Broken Chairs.” The band also played “I Would Hurt a Fly,” and “Stop the Show” from their most critically acclaimed album, Perfect From Now On. There was a bit of fun in the middle of the evening when the band covered The Pretenders’ “Back on the Chain Gang,” which was performed as though Martsch had written it himself. They followed the cover with “Big Dipper” from There’s Nothing Wrong with Love, a crowd favorite, one in which they got to play along by imbibing on drinks when Martsch called out bottoms up to start each chorus.

Aside from the music, which was pretty good if only too brief, my favorite part of the evening was Martsch’s humble thank yous, hardly audible, almost like he was embarrassed after most of the songs he played. He does this a lot. It feels genuine, but almost tentative, like he doesn’t feel he deserves it. After all this time, I wonder if Martsch actually knows how revered he is, but then I figure, based on his lyrics, he is an astute observer of human beings and all of our trivial pursuits, so he has to know. He likely just doesn’t care. That isn’t the sort of thing to drive him, and that is why he is so great. That is why he is, and always will be, the perfect embodiment of indie music. –Billy Swartzfager