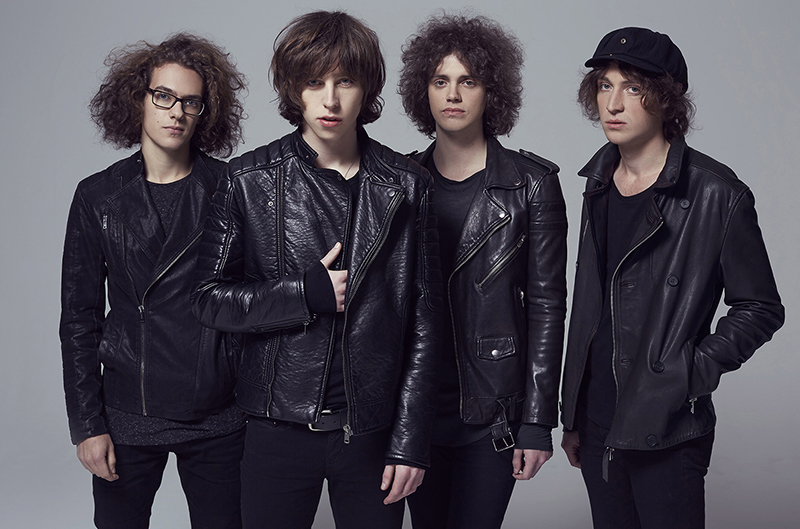 Catfish and the Bottlemen @ The Depot 3.29

I’m surprised Catfish and the Bottlemen aren’t bigger than they currently are. Their sound resembles what The Strokes might sound like after hanging out with Oasis for a summer. I hope that doesn’t come off as negative—it’s not meant to. It just seems that Catfish has all the vitality and gut punchiness of garage rock, but with a heavily polished finish and all of the catchiness formulated specifically for massive levels of success. The band is releasing its third studio album at the end of April, so who knows what breakthrough singles await and how big next year’s tour will be. I am certainly happy I was able to see them here and now, though. I wish I could bottle what Catfish was pushing at the Depot. Their albums are fun. Live, they are almost intoxicating.

I’ve been to lots of shows. Sometimes these shows have hard-forgotten, intimate moments. Sometimes there are such spectacles and productions made that the imagery will be burning behind my eyelids for a long time. And, sometimes I get as much—if not more—from the members of the audience than I do the members of the band. Don’t get me wrong—Catfish and the Bottlemen were completely untethered at The Depot. They all brought their party shoes and wore them well. The ravenous fans soaked up every drop the band offered and spun into something I don’t see too often. As the night wore on I paid as much attention to my fervently swaying and jumping neighbors as I did the stage. I smiled throughout the show, both at the stage antics and the fans’ reactions to them.

The lights underscored the music, the music motivated the audience and their boisterous display fed Catfish and the Bottlemen—a cycle for sure.

The music began with “Longshot,” the first single from the upcoming album, The Balance. The audience met the band with raucous applause and whoops, along with word-for-word singing along on a scale as large as I’ve ever seen. Lead singer Van McCann had the crowd all wrapped around his fingers within moments of taking the stage. He didn’t even have to sing a note. He did of course, and jumped effortlessly into his routine like he was born swinging a mic stand.

The light show accompanying the music was first class as well, assisting the band's overall tone. Everything was very well put together. The lights underscored the music, the music motivated the audience and their boisterous display fed Catfish and the Bottlemen—a cycle for sure. Every other song or so, the band would break, the lights would go out and the hall would go silence. This felt a little different, and McCann didn’t say much besides lyrics to a song. Still, the approach simply allowed the Bottlemen to hold their pace. The band only played for a little over an hour—their catalog isn’t terribly large yet—but they did so in a dead sprint. McCann was like Mick Jagger: He was dynamically all over the place, albeit on a much smaller platform. I wish I had the endurance for anything like this show, a spirit I was lacking even when I was as young as most of the audience at the show.

The audience screamed, not needing or wanting to be thanked, as most of them had probably been dreaming of the show for a while.

Catfish and the Bottlemen bounced from the end of one song into the next, covering a majority of their debut album, The Balcony. These tracks included some of their biggest hits and fan favorites, like “Kathleen,” “Business” and “Homesick.” They dove steadfastly into their sophomore effort, 2016’s The Ride, as well. The band played “Twice,” the very popular, “Sound Check” and “Anything.” The band only played three tracks from their newest album.

After about an hour, The Bottlemen tossed their picks and left the stage. I thought it was a little early for the encore, but this break ended up being more of a brief intermission in-between sets. Upon the music's return, Catfish and the Bottlemen was only McCann with an acoustic guitar. He started the second half of the show with a nice rendition of “Hourglass,” a great song and one of the setlist's true highlights. He played a couple more songs by himself on the electric guitar before the band rejoined him to finish the evening.

To complete their set, the quartet dished out four more songs. The band started with “Fluctuate,” the biggest single from their forthcoming album. They also played “7” and a blistering version of “Cocoon.” By the time they began the last song of the night, a sweaty McCann thanked everyone. The audience screamed, not needing or wanting to be thanked, as most of them had probably been dreaming of the show for a while. As the last song, “Tyrants,” wrapped, the band walked off the stage for good with McCann slowly strolling behind them. He stopped one last time to wave goodbye and steep in all the of the love being thrown his way by the crowd. Soaking wet, out of breath, he had earned it. –Billy Swartzfager