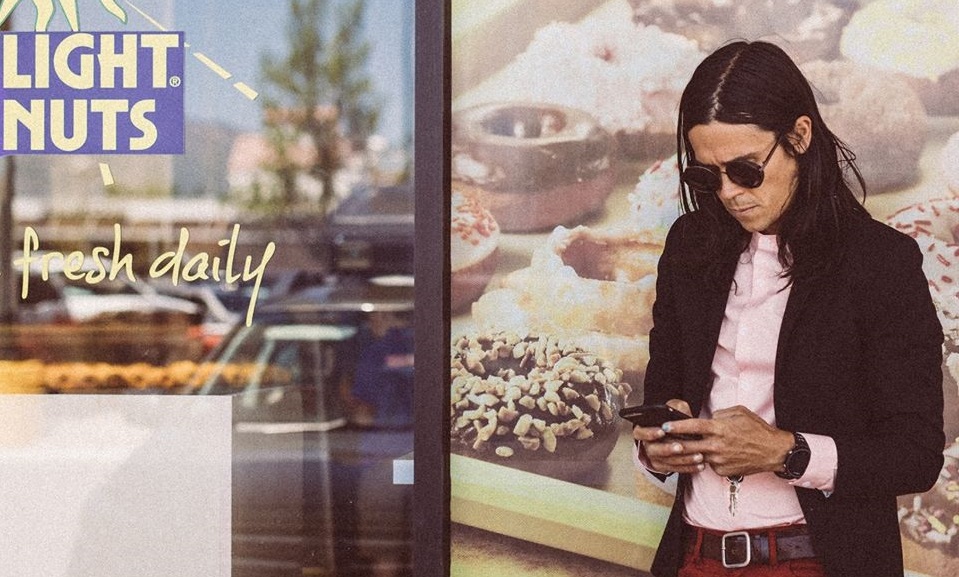 Live music isn’t dead—at least not in Salt Lake City. This is in part thanks to S&S, who’ve managed to pull a smart business move off through their Concert Cruise series that feature a variety of local artists around the state. There are usually two routes you can take that each have about five–six artists. They send you off around Downtown on bikes, where you then stop at various locations such as Kilby Court, Kiitos Brewery, Urban Lounge, Diabolical Records and many more local businesses to listen to music for 15–20 minutes before moving onto the next stop. There have been four cruises so far, and each have been different since they started up back in May. From original songs from our local artists to nights where they’ve covered The Beatles and David Bowie, it’s been a great ride so far.

I believe it’s more intimate being able to watch musicians without so many people crowding in a venue. During the S&S Concert Cruises, they sort you out in groups to keep social-distancing rules intact where about six–eight small groups of people can sit and watch the music. Masks must be worn while watching the set, but can be taken off while riding to your next stop. For the July 17 Cruise, I took the route that included Joshua James, Brother., Harpers, Little Moon and Nicholas James, each playing four–five songs every set.

I have to say that biking to Bewilder Brewery at 6 p.m. while it was 99 degrees outside sucked. Sweating underneath a face mask isn’t fun either, but it’s definitely worth it. Harpers set up was the best one, with fake plants hanging off some of their instruments. It was a nice aesthetic. They were able to play their new song, “By and by,” that was released just a week before the Concert Cruise. Four or five songs may not sound enough but it does feel as a full set played.

My favorite set of the night was Little Moon, whose voice echoed throughout the Gateway Plaza. She was a joy to watch, and I loved that she was still able to showcase her personality as she talked to the small crowd. There was a moment where she had a small mishap, but she was able to recover quickly, which was nice to see—not all live performances have to be perfect. I was over the moon when she sang her song “Unphased”; her whistling was so impressive that it even brought the birds around. Her voice was mesmerizing as it surrounded the audience during her set.

Being able to hear where an artist got their inspiration for their music is one of my favorite things, and hearing Nicholas James play his song “Mexico” behind Metro Music Hall was quite lovely. James said that he had traveled through Mexico by himself, and the track is what came of it. We also had a nice break from the sun here as it was hitting its peak before sunset.

Joshua James played under the trees in front of Kilby Court along with Evan Coulombe. I had managed to have a group of people on my route that were from out of town that came to watch Joshua. It’s neat that people who aren’t from Salt Lake are going on these Concert Cruises as well. The performing duo belted out their music with such passion that it was enamoring. Everyone was in tune with them as they played. It was emotional, and a nice way to enjoy the star of the sunset.

My night ended at Kiitos Brewery with Brother., where we were able to go outside on their patio and grab a beer (if you’re of age) and some tacos thanks to the on-site food truck, Good Start. Brother. has a little spunk, and I was impressed with their set. They had a lot of fun energy to end the night. Their music is a mix of rock, pop and indie. I happen to feel their music sounds better live than it is recorded, especially their track, “Don’t Worry,” which has turned into one of my new favorite songs.

These Concert Cruises are a good way to spend time with friends and family in a socially distanced environment, and they’re a great way to support your local musicians who currently don’t have many gigs to play live. You may also unexpectedly find a new band that you may have never heard of. The local music scene in Salt Lake City has a variety of genres, so you’re bound to find at least one. Right now, most events are still hanging in the air, but the Concert Cruise is a smart, safe and great way to enjoy live music for the time being. You can catch the next concert cruise on July 30/Aug. 1 for a cover night of The Rolling Stones featuring musicians such as Drusky, The Painted Roses, The Discographers, Lord Vox, Escalante and many more.