Dirt First, a self-described "producers collective," started at the end of 2011 in Salt Lake City by mascot and namesake Derek "Dirt" Wheeler bringing together a group of his friends. Their ski masked logo was unexpectedly adopted by their fans following a show one night when the whole crew wore the woolen face wear, making a one night shenanigan into an intrinsic part of the crew and their fanbase. The four members of Dirt First Crew playing the show at Urban Lounge on Jan. 31 were … 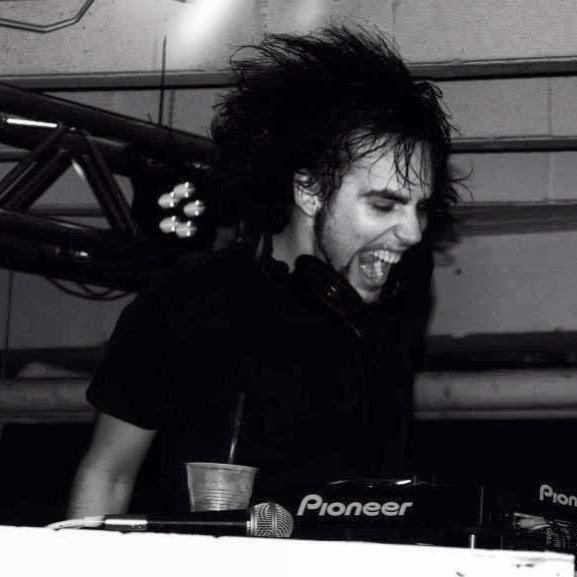 Dirt First, a self-described "producers collective," started at the end of 2011 in Salt Lake City by mascot and namesake Derek "Dirt" Wheeler bringing together a group of his friends. Their ski-masked logo was unexpectedly adopted by their fans following a show one night when the whole crew wore the woolen face wear, making a one-night shenanigan into an intrinsic part of the crew and their fanbase. The four members of Dirt First Crew playing the show at Urban Lounge on Jan. 31 were Mr. Vandal (Pablo Pinet) Grimblee (Gilbert Splett) Tetris Fingers (Thomas Tsuruda) and Gravy.Tron (Grady Evans). The Dirt First Crew is made up of six members all together, though—the other two members are Archetek (Tom Nemelka) and PRFT (Jake Combe), pronounced profit or prophet.

Each member of Dirt First lay down fresh, self-produced tracks, bringing the Salt Lake producer/music scene much respect and, in the spirit of true of DJ professionalism, there was never a break in the music. The producer leaving the stage would spin in his replacement, seamlessly making sure the beat never dropped—at least not by accident. The crew had decided before the show that it was unfair to make someone play first, so they broke the night out in 15-minute sets, starting with: Gravy.Tron, to Tetris Fingers and Grimblee, ending with Mr. Vandal. Each of the four members of Dirt First had a very distinct style to their music that was unique to the producer and his sensibilities. The show was hugely successful for a crew who has not played a show together in the last six months. People packed the popular music venue and dance floor to dance, grind and convulse the night away to some impressive DJing and mixing.
Gravy.Tron played with a hip-hop flare, though his sound and style were more dance-oriented and faster than the other producers with the same predilections. His sets were clean and sharp like a surgeon with a scalpel. He started off the night mixing away as people slowly trickled in. He was able to coerce the first dancer—but definitely not the last—to the floor to groove out to his beats.
Grimblee played with a more electronic sound firmly rooted in EDM. His music was fast and loud with a pulsing bass line. You could hear elements of dubstep in his sound that made for a more dance-oriented set. The dance floor filled up as people were drawn to the tempo to move their bodies as the overwhelming sound drowned out any conversation. Grimblee, throwing his arms and convulsing his body to his own music, showed that even a professional cannot resist the pull of a strong, dance-inspired track.
Tetris Fingers played a much slower set in terms of BPM. His influences were deeply centered in hip-hop, as well as Asian sounds and instruments. His tempo was much slower and set the tone for more a relaxed atmosphere. Tetris’ beats were something you could move your head to while you sat back and enjoyed a second of reprieve from the aggressively blaring sound of EDM inspired tracks. Tetris’ obvious Asian influence was apparent by his samples of traditional Japanese instruments, styles and movies. This show was also a celebration for Tetris Fingers, who just finished his new 21-track album 3 AM Rendezvous that is now available online.
Like Grimblee, Mr. Vandal’s style was much more EDM inspired, with obvious signs of dubstep in his mixing. The energy from his songs pumped the dance floor. Spinning in off of Grimblee’s tracks kept the energy on the dance floor as the crowd vibed off the fast, powerful sounds. Mr.Vandal also used the most lyrical samples out of all the producers. He also had a certain draw for cutting the track entirely, plunging the whole venue into silence for a few seconds before dropping the beat in again.
There was a dance performance in the middle of the evening as well—The Dirt First Crew collaborated with the dance troupe ArtsOfChaos. The girls of the dance crew took three songs—one each from Grimblee, Tetris Fingers and Mr. Vandal—and choreographed dances onstage to add another element of movement to the evening. The dance group, led by Lizzy Oakley, included Sterling Becker, Elizabeth Keith, Amanda Cranford, Elena Dern and Amy Frietas. The girls have been performing together for a while and are connected to Dirt First by mutual friends and, of course, Derek Wheeler. The girls let it all out to the cheers and screams of everyone including some of the producers. This was no half-assed idea—the girls took it seriously, with obvious time and effort being put into the choreography. In the spirit of Dirt First, the last set of girls to perform donned ski masks and tore the stage up.
The night was an overwhelming success for the up-and-coming band of producers. The dance floor was packed, the smokers patio full, and the bar line a healthy three people deep at all times. The swarm of eligible and attractive music fans danced the night away to the changing mood and tempo as the members of the Dirt First Crew cycled in and out of their 15-minute sets. Throughout the night, as people flowed in and out, the consensus was that the young producers were killing it. You could not find, if you tried, someone who was not enjoying themselves. While the climb toward musical prolificacy is a hard one, the boys of Dirt First Crew took a large step in the right direction, playing one hell of a memorable show.
For just being in Salt Lake, each member has a very impressive following online, with some having more than 7,000 followers. Their influence goes well beyond The Valley as well, with followers in Denver, San Francisco and Chicago all the way to London and Tokyo. This small producer collective is definitely starting to make some waves in the music community, with a few members receiving offers to fly out to other cities to play shows. While this young group of producers may not have a large name for themselves in Salt Lake City yet, after this show, many more music fans know who they are and will be anxiously awaiting their next show.
Soundcloud Links – link in each producer’s paragraph
Gravy.Tron
Mr. Vandal
Tetris Fingers
Grimblee
Dirt First
Photos: