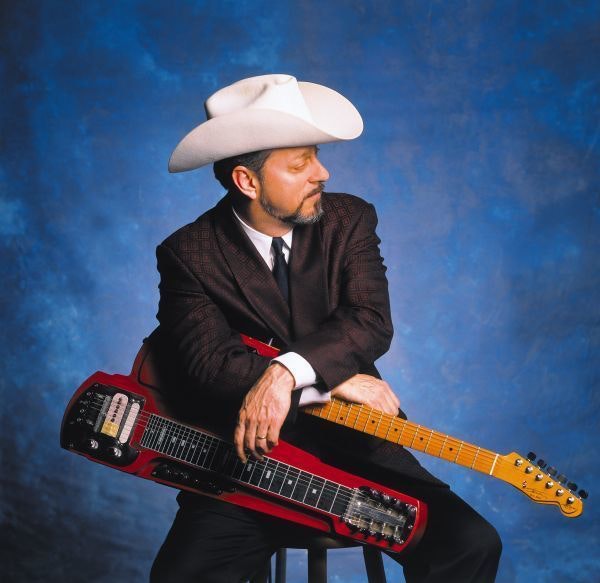 In a world where artists like Jason Isbell and Sturgill Simpson have garnered major success, it might be easy to forget about the previous three decades: when musicians who both honored the traditions of the past while still remaining wholly original were so few and far between. One such artist that proudly carries the torch of country and Western music is the great Junior Brown, who has entertained audiences with live music since the ’60s. While he wears his influences like Ernest Tubb and Merle Haggard proudly on his sleeve, Junior is an absolutely unique luminary in his own right.

While he boasts a great discography of 10 studio albums, it’s Junior’s live show that has to be seen to be believed. He exudes extraordinary musicianship, from his direct vocal delivery to his one-of-a-kind instrument of his own design, known as the Guit-Steel (the combination of a steel guitar and electric guitar). He hits his audiences with honky tonk, Western swing, touches of blues and bluegrass, and even the more-than-occasional surf rock instrumental.

While Junior was already an accomplished musician and performer, it wasn’t until 1985 when he commissioned the building of a special double-neck guitar. This allowed Junior to play both regular electric and steel guitar without unplugging and moving back and forth. Now, he could jump from one to the other seamlessly, even during the same song. Dubbing his creation the Guit-Steel, it helped Junior make quite the name for himself in the burgeoning Austin, Texas, music scene, where he’d made his home. By 1990, Junior released his first solo effort 12 Shades of Brown, and he was off and running. Over the next few decades Junior would see Grammy nominations, win a CMT award, play live on TV shows like Letterman and Conan, have his songs included on movie and television soundtracks, and even play alongside The Beach Boys and Stone Temple Pilots.

Junior’s connections to the classic days of country music are not only stylistic or euphemistic. He’s played with and sat at the feet of the true masters of the genre, such as Hank Thompson, George Jones and Leon McAuliffe (Bob Wills’ steel guitar player). It’s obvious that these legends saw the sizable talent that Junior barely keeps contained under his signature-style cowboy hat, which he often has cocked a little to one side.

If you’re the type of passionate music fan that needs a performance to live, breathe and sweat right in front of your eyes, if you would rather see someone rip and shred on a guitar instead of hitting buttons on a laptop, then you need to get out and support an artist that practically plays two instruments live simultaneously. He’s someone who has put in over 30 years of touring and recording, keeping the fire alive for anyone who values sincerity over flash and glitz, and substance over a passing fad. If you lament the loss of giants like Johnny Cash and Waylon Jennings and have been waiting for someone to take their place, then you needn’t look any further than this living legend: Junior Brown.

Make sure to catch the man, the myth, the cult hero at The Commonwealth Room on Friday, June 8.