SLUG Mag Soundwaves
Episode #392 – Homephone
00:00 / 17:29
Spotify Stitcher
RSS Feed
Share
Link
Embed
I first listened to LA-based producer Michael Maleki—Kodak to Graph—when he opened at Slow Magic’s Urban Lounge performance last year. I was thrilled to hear that Maleki was returning to Salt Lake to headline his Break the Ice tour in support of the release of his debut LP, ISA. 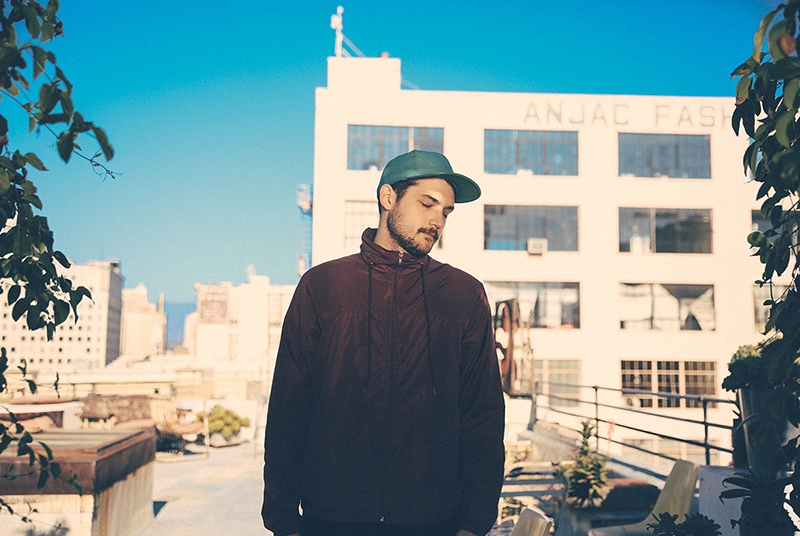 I first listened to LA-based producer Michael Maleki—Kodak to Graph—when he opened at Slow Magic’s Urban Lounge performance last year. I was thrilled to hear that Maleki was returning to Salt Lake to headline his Break the Ice tour in support of the release of his debut LP, ISA. The performance was on a Tuesday night at Kilby Court, and the audience was scattered and sparse, with only anywhere from five to 15 people standing in front of the stage throughout the night.

Nevertheless, the performers didn’t disappoint. Toronto-based producer OBESØN’s set was lush and illuminative, with pop vocals and jazzy instrumentals laced throughout exquisite and enigmatic chill trap. OBESØN was a pleasant start to the evening, and his sound careened through blissed-out sound-scapes to the comedown. LA-based Big Wild took the vibes in a different direction with more upbeat, genre-bending music, emphasizing keys and drumming while incorporating disco and funk influences. The performance was high-energy, but it also felt gimmicky at points, as though spread out across too many different performance maneuvers. Big Wild was an earnest performer, though, and between his heavily hip-hop remix of Kodak to Graph’s “IAMANTHEM” and his fast-paced remix of Sylvan Esso’s “Hey Mami,” Big Wild nicely showcased his elastic style.

Once Kodak to Graph took the stage, the atmosphere changed. Maleki knew how to create an entirely new world inside the small venue. Throughout the set, a smoke machine blew us into a haze, and the fantastic lighting fostered the illusion of tiny shooting pinpoints, which felt like soaring through space, as well as moving layers and slow diffractions, which created sensations of floating through clouds or falling underwater.

Maleki is an effortless performer, and he is very much in tune with the audience’s experience. He started us off with the slow and gratifying buildup of his debut album’s opening track, “Belong,” which interlaced a resounding soundscape with vocal and trumpet samples. The track clearly exemplified the emerging signature soundscape Maleki honed for ISA. He bounces between bass-laden tracks, driven by a percussive flair and heavy grooves, with lucid and complex—but approachable—finesse and experimentation.

The performance was dreamlike and wavy, with hip-hop and psychedelic elements woven throughout. The audience dwindled between the venue and the courtyard, but a few of us remained enraptured by Maleki’s sonic ventures. At the end, Maleki speaks for the first time, thanking us for listening and announcing his last song. He then launched into his remix of Slow Magic’s “Girls,” the most trap and drop-heavy of his songs. It was a fantastic way to end, and the track dripped with just as much force as it did when Maleki performed the remix at Urban Lounge to a rowdier and much, much larger crowd.

While I wished the show had been better attended, or had a more spirited (read: dance-inclined) audience, it was also an enchanting performance by musicians who brought us on a grooving and intimate escapade throughout a variety of electronic landscapes. Kodak to Graph’s crystalline brand of blooming, percussive reverberations left our ears ringing and our selves floating out of Kilby and into the night.