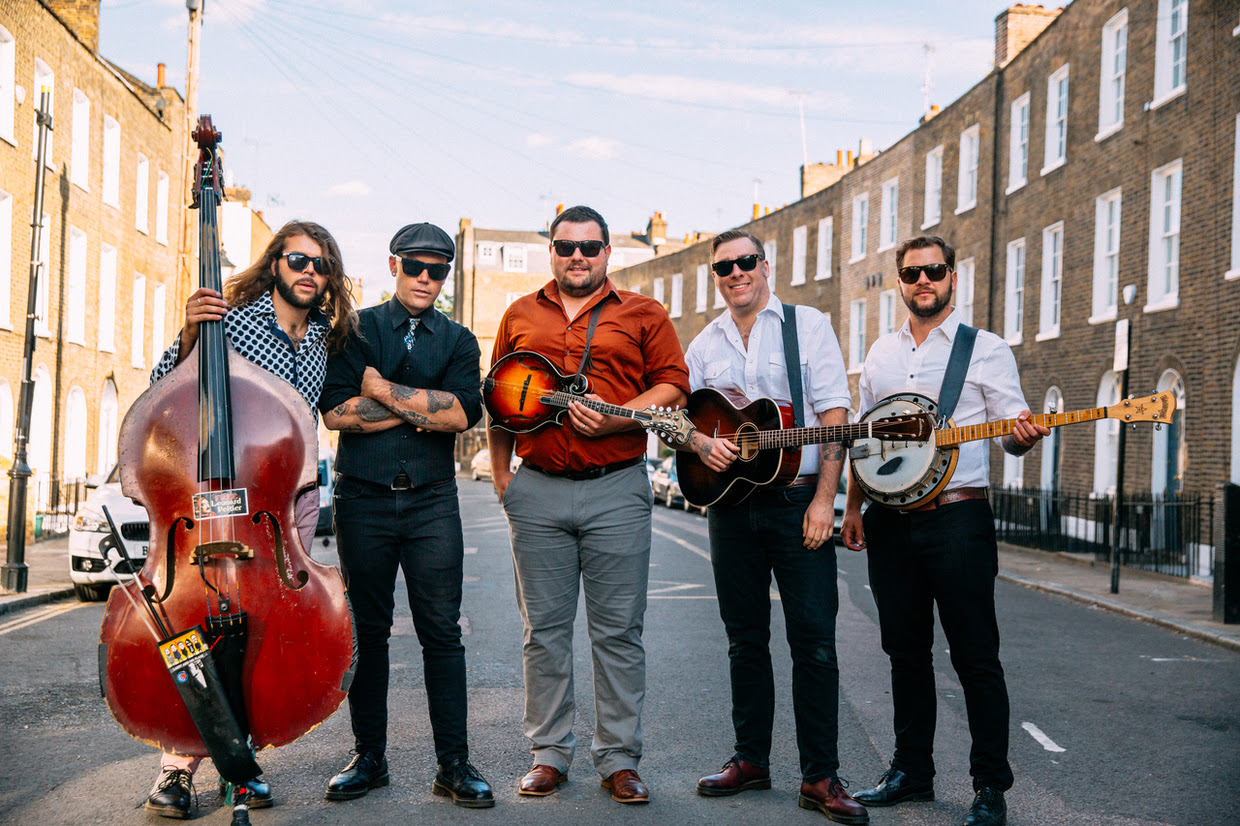 Larry and His Flask @ The State Room 10.14 w/ Austin Lucas and Chris Rios

The night at the State Room started out with comedian Chris Rios. Now, I’ve always wondered why a stand-up comedian would ever want to open up for a night of bands, it just seems to be two different flavors that wouldn’t really taste great together, but Chis was funny enough and got a couple of chuckles out of me and the rest of the audience. Most of his material was self-deprecating and the right amount of pushing-the-edge for the Sunday night crowd. He ended by revealing the tramp-stamp across his lower back that says “party girl” which got the biggest laugh, and just before his set became tedious, he was off.

Starting off the music for the night was Indiana native Austin Lucas. This is one of those artists that exists somewhere in the nexus between americana, country, folk, and a lot of people, when talking about Austin Lucas, will throw punk rock in the mix. To me, it’s in his live show that you clearly see the punk part of him—and I’m not just talking about his crust-punk denim vest—it’s also the way he plays directly to everyone in the audience with zero pretense, which lead to one of the purest musical moments I’ve ever experienced. Maybe the third song in Austin stepped out in front of his microphone, out in front of the stage monitors and at this point people are milling around, and he calls everyone in close and being a good audience, we all gather and he starts singing this song “Shallow Inland Sea.” Once his un-miked voice cut through the room, it was followed by a wave of silence. He melodically proclaims, “Oh what a dream it is to proudly die for love” and if he would have stopped playing, you could’ve heard a pin drop. His keyboard player and drummer had come out from behind their instruments and began to sing backup harmonies and helped lull me into a dream-like state. Something about nothing being amplified except Austin’s acoustic guitar made my ears work harder to hear and soak up everything happening in front of me. After that the band returned to their positions and some amazing rock ’n roots music that was played unbelievably well. His band who all look like the kind of guys that might hang around a Bass Pro Shop all day, but they were fantastic players that complimented the charismatic front man. If you missed him this time, make sure to not make that mistake again.

Headlining the evening’s events, Larry and His Flask are a folk-punk explosion of melody. These five Oregon boys are an off-the-rails freight train—except while the manic energy and movement coming at you is wild and all over the place—their actual playing is studio tight. The drummer, Jamin Marshall plays a standing kit that allows him to jump on top of it and be as much of a front man as anyone on stage. Maybe the most crazily behaved member is their stand-up bass player—which is a fairly stationary instrument—but Jeshua Marshall moves around the stage like he’s David Lee Roth’s wild cousin. What impressed me so much is just how musically involved every member is. They all (at least) sing backup and there’s a lot of backup vocals in their songs. Their  and multiple instruments are often played, including a makeshift horn section by Kirk Skatvold and Andrew Carew. Just a few beats into any song, there’s an inherent joy that any music fan would feel listening to Larry and His Flask. I’d been a fan for awhile now, but hadn’t been able to see them live and I honestly am kicking myself for waiting so long. It reminded me of seeing Flogging Molly or Less than Jake for the first time and just being blown away by the sheer, sonic blast those bands packed. With LaHF it’s that same sonic blast with even the smallest nuances coming through clearly. One song after another was enjoyable and the band displayed their astonishing musical prowess. It’s nights like this that will reinvigorate me as a fan of live music for months.