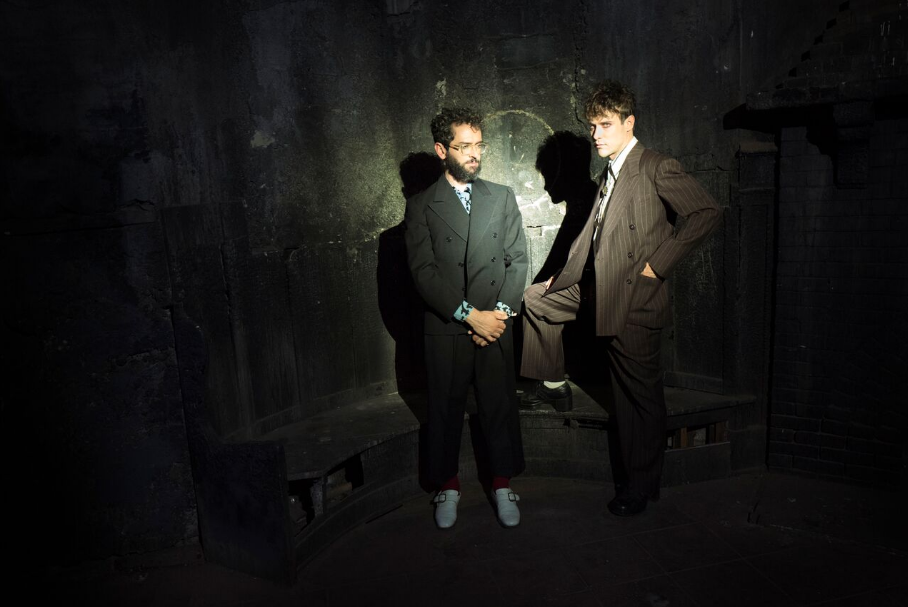 The first time I saw MGMT was at the Aragon Ballroom in Chicago when I was 16. At the time, they were my favorite band in the world. I went with my best friends and bandmates, got incredibly stoned and had the time of our lives. Five years later, I showed up at the Union for my second outing with the band. Even though I’ve barely cracked into the second decade of my life, I felt strangely old. A large majority of crowd consisted of teenagers and their best friends getting incredibly stoned and having the time of their lives. Outside of the premature nostalgia/aging crisis that this induced in me for a few moments, I had a fantastic time seeing one of the most crucial bands from my teenage years. MGMT have grown and changed, and their show at The Union this past Tuesday presented them as a more laid-back group, with their mellow psychedelia bordering on pleasant jam-band territory.

Unfortunately, the scheduled opener cancelled the day of the show. Matthew Dear had been on tour with the group for the last few months, but was unable to make it for the Salt Lake date (which was the last of the tour). In his place was (according to MGMT’s Twitter) “DJ Make Do w/special guest What You Have,” which is a cute way of saying that frontman Andrew VanWyngarden was going to spin some of his favorite vinyl for a half-hour. As far as last-minute substitutions go, VanWyngarden was impressive enough. The set consisted of a string of obscure, dark dance cuts from the ’70s and ’80s, which got obscurer and darker as time went on. By the end, VanWyngarden was throwing some truly strange, unsettling stuff out there. The crowd seemed like they were getting a bit shaken and bewildered, but he thankfully left his set on a positive note by ending with a triumphant disco cut.

On a personal note, I was a bit disappointed to see cuts from both Congratulations (my pick for the duo’s best project) and MGMT left off almost entirely. Outside from a wonderful extension of “Alien Days” and the obligatory placement of the former album’s title track in the encore, the group ignored nearly half of their studio output. My own judgements aside, this move makes sense. Both on their new album, Little Dark Age, and as a live band, MGMT seem more focused than ever on concision and cohesion. The tunes are at their most succinct and catchy since the duo’s infamous breakout, and the way the expanded live group milked the anthemic choruses onstage solidified their move to a more pop-oriented approach. At a certain point, throwing in the shifting madness of tracks like “Cool Song No. 2” or embarking on the odyssey that is “Siberian Breaks” would have unbalanced the reserved, stoic mood of the night.

MGMT’s live show embodied a type of postmodern psychedelia, where the group easily adopted contrasting personas all in the name of finding new ways to alter the mind. Kitschy vaporwave ambience gave way to flower-child wooziness, an extended New Age jam led into a song about losing hours staring at your cell phone. From the very start of their career, MGMT have felt like a bit of a schtick. They wrote songs about drug-induced forest rituals, interdimensional travel and transcendental sex all while decked in body paint and armed with an endless array of costumes. On this tour, the frenzy has calmed, but the over-the-top camp remains. The group opened with “She Works Out Too Much,” of course performed alongside a VHS workout video while VanWyngarden rode an exercise bike. During their encore, the group joked that the chanting of “one more song” sounded an awful lot like “encore duck,” to which they responded by throwing an oversized rubber duck into the crowd for the final song. The emphasis on reckless, Day-Glo abandon has ceased, replaced by a gleeful smirk at contemporary culture and themselves.

One of the consequences of the increased speed of post-internet life (of which MGMT are all too self-conscious) is the rapid aging of art. Though the group have been in the public eye for just over a decade, MGMT’s original material already feels a little bit dated. Since the group broke out with the alternative megahits “Time to Pretend,” “Kids” and “Electric Feel,” their trajectory has been a continued struggle to mediate their status as almost–pop stars and their desire to be this century’s greatest art rock band. The tracks on Little Dark Age are some of their most successful at combining these two aspects, and they came off as fresh and vibrant in a live setting. Cuts like “Me and Michael” and the title track filled the hall with layers of distorted synths while “Hand It Over” offered the most resolute and contemplative moment of the night. It would be an odd move for the group to ignore their most ubiquitous tracks, but the classic hits did feel a little forced in placement. If the group is to continue progressing and changing, part of this entails the shedding of their old skin. Even if this means upsetting the legacy fans who danced exclusively to the bygone hits.

However, these tracks did offer an interesting emotional tone to the night. MGMT have always been curiously wise beyond their years and experience. “Time to Pretend” was a meditation on the perils of aging and stardom written when Ben Goldwasser and VanWyngarden were neither very famous nor old. “The Youth” is an overly saccharine ode to the political power of teenagers while “Congratulations” is an anthem to washed-up pop stars written less than five years after anyone first heard about MGMT. Now that MGMT are actually passing into the middle of their lives and their initial buzz has all but totally waned, the message of these songs rings truer than ever. What first seemed like the peak of mid-2000s nostalgia and idealism reveals itself to be a prescient prediction of the troubled life of existing in the changing, often failing music industry. Hopefully the group uses this awareness to continue to innovate and hone in on what truly makes them great. Little Dark Age (the album and the tour) assert that, far from on their way out, MGMT are ready to embark on the next leg of their career. –Connor Lockie