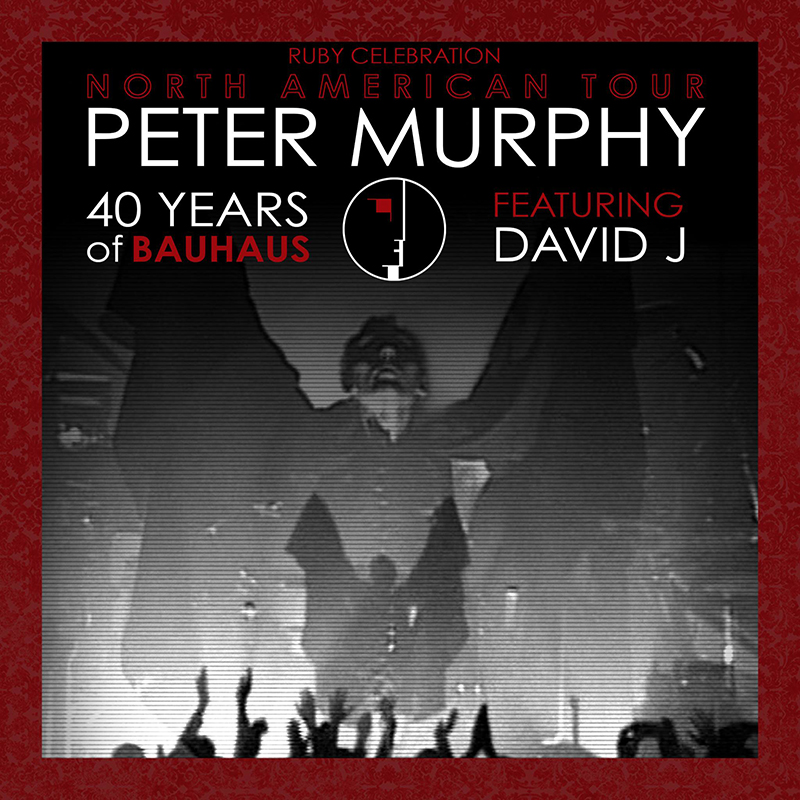 Once upon a time, in a world that feels light-years away from the here and now, a young man spent his afternoons cleaning the classrooms of the middle school he had recently graduated. Though far from glamorous, the job afforded him two hours a day to escape into a variety of landscapes including Skinny Puppy’s Cleans Fold and Manipulate, The Cure’s Disintegration, New Order’s Substance and a collection of BBC recordings from post-punk pioneers Bauhaus called Swing the Heartache. In time, he would supplement those albums with dozens more, always looking for the elusive imports with bonus songs and alternative track lists.

Looking back, Swing the Heartache was a somewhat unusual album to fall in love with. Bauhaus were rarely a conventional band, and their BBC sessions included a mix of their most commercial offerings and some of their most experimental diversions. It doesn’t even feature “Bela Lugosi’s Dead.” I would have been introduced to that particular track on the weekly late night request show. Seemingly every week, someone would request it, and the DJ would moan and groan about the song’s length. Sometimes he’d actually play it. It was always the live version from Press the Eject and Give Me the Tape (a title that probably makes little sense to anyone unfamiliar with the cassette bootlegs that were easily found in London markets but were nearly impossible to find in America). As a result, the original 12” version always sounds a bit odd. For as good as the album was, songs were always better when the studio trickery was removed from the process.

Just when it looked like Bauhaus had successfully risen from the grave, it fell apart.  The future was dead, and Go Away White was released as the parting salvo.

Murphy brought the songs back to the stage in 2013—without guitarist Daniel Ash, bassist David J and drummer Kevin Haskins. The Salt Lake City show was confined to the Urban Lounge, a venue with a tiny stage that boxed Murphy in. It was a good show, but paled to the Bauhaus performances where Murphy was allowed to stalk, shake and bend his way around a larger area. I loved the intimacy, but it came at a price. The Damned’s Dave Vanian ran into the same problem. At least Mark Gemini Thwaite was on guitars. His swagger might not match Ash’s, but having seen him play with The Mission, I felt like he was the second best option. I still feel that way.

Flash-forward to 2018. To celebrate their 40th anniversary, Murphy returned to the Bauhaus material. Thwaite, who had notably been missing from Murphy’s touring lineup for years, was back, and this time, David J was coming along for the ride. Regrettably, Ash and Haskins were not (silver lining being that the missing duo has been visiting their back catalog of songs with a heavy emphasis on their Tones on Tail, their post-Bauhaus project under the guise of Poptone).

This time Murphy was booked at The Depot, a fitting venue with a stage that would allow him to mirror walk, contort and fill the stage, rather than being restricted due to its size.

The set begins with the performance of the entire In the Flat Field album. This included classic tracks like “Double Dare,” “In the Flat Field,” “Stigmata Martyr,” fan favorites “A God in an Alcove,” “The Spy in the Cab” and “ St. Vitus Dance,” and the deeper album cuts “Dive,” “Small Talk Stinks” and “Nerves.” This would be the first time I’ve heard the last three live. “Small Talk Stinks” wouldn’t work without David J’s vocal, and “Nerves” and “Dive” are enjoyable oddities, but not essential listening.

Murphy is in top form. He looks like Shakespeare’s Prospero, but acts like the playwright’s Robin Goodfellow. He teases the audience like a mischievous creature, dismissing the crowd’s presence as frivolous at one moment and basking in their attention seconds later. His banter is dry and cynical at times, but this proves to be something of a mask that he lowers from time to time. He’s devilish, but not the devil; cheeky, but somehow charming nonetheless.

The remainder of the main set included classics “Burning from the Inside,” “Silent Hedges,” “Bela Lugosi’s Dead” and “She’s in Parties” before finishing with “Adrenalin” from Go Away White.

The encore is a sprint through “Kick in the Eye,” “The Passion of Lovers” and their covers of T. Rex’s “Telegram Sam” and David Bowie’s “Ziggy Stardust.” Had “Dark Entries” been included in the mix, I might have lost my mind.

The night ends with a second encore, a cover of Dead Can Dance’s “Severance.” Murphy dedicates the song to a fan who recently lost her daughter.

The night’s set lists reveal that “Dark Entries” and “Three Shadows” (presumably “Part II”) were cut. I would have loved the additional songs (any addition songs), but to complain would be akin to a professor asking why their best student didn’t read unassigned lessons to earn extra credit.

Bauhaus were magnificent because they were propelled by a certain amount of immediate and rising tension. There were shows where the personality clashes distracted from the performance, but there was always an electric atmosphere that you simply can’t replicate even when you hit all the notes perfectly.

And yet, in this imperfect world, this is as close to those magical nights of Bauhausian chaos as we can hope to get. The songs sounded great, and Murphy is in top shape. This wasn’t simply a night of nostalgia. It was vibrant, bold and slightly dangerous.

It was everything I could have possibly hoped for. –Ryan Michael Painter