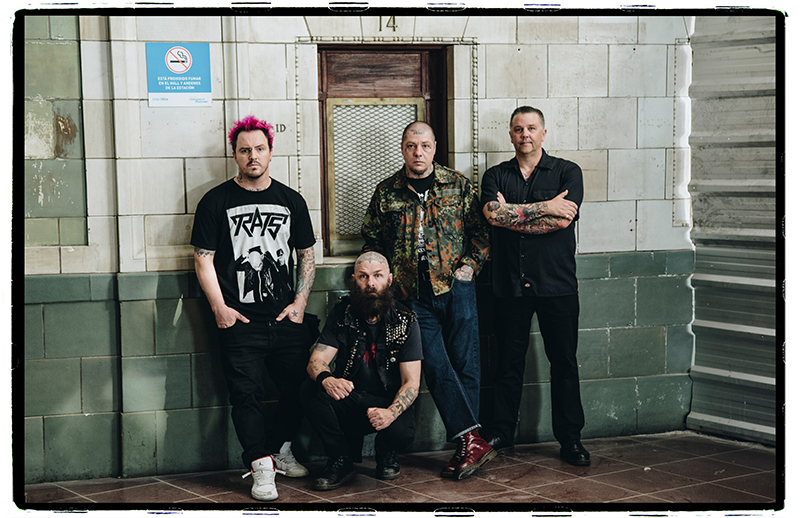 As I walked into The Great Saltair for the Dropkick Murphys/Rancid show, I was surprised to see so many kids, and not just a sea of mostly male 30-somethings that I expected. With punk rock as a youth movement, it’s interesting to me to see punk bands and fans creep into middle age, but it’s truly lovely to see youngsters at these shows wearing T-shirts and patches for bands I haven’t even heard of.

The first act of the night was Kevin Seconds, who I regretfully missed. I had the wrong time in my head and showed up just after he finished. I will say that I know Kev’s work from 7 Seconds, and have enjoyed his solo stuff, and judging by that history, it is very much my loss that I wasn’t able to see him live.

Next up were ska legends The Selecter, who got the place bouncing and skanking about. Their signature double-lead vocals, backed by a solid six-piece band, sounded straight outta 1980. This outfit knows exactly how to get an entire venue on their side. By the time they finished with their hit “James Bond,” I believe anyone who wasn’t a ska fan had been converted.

Before the next act began, we the audience found ourselves in darkness. Out of nowhere, an old Irish folk tune began creeping out of the speakers. Knowing full well what this meant, anticipation turned to cheers as the Celtic punk stalwarts Dropkick Murphys took the stage. Now, there have been many changes to their lineup, but constants Ken Casey and Al Barr are the 20-plus-year core of this band. They know and live their songs and are masters at bringing the crowd into the show. Tunes like “Gangs All Here” and a medley of songs from their first record, Do or Die, were the perfect mix of punk rock war chants and friendly pub sing-alongs. Both Dropkick and Rancid have a history of mutual respect and collaboration, and in the middle of Dropkick’s set, Casey took a moment to share his appreciation to Tim Armstrong for signing them to his label, Hellcat, and to Lars Fredericksen for producing the first two Dropkick records. They played “Shipping Up to Boston,” a song with lyrics by Woody Guthrie that the band was allowed to write music for, and as always, the very last song of their set was their version of a Kingston Trio song, “Skinhead on the MTBA.” I guess folk tunes are punk as fuck!

Finally came Rancid. These guys are punk rock to me. When you’re a teenager, seeing these guys with mohawks and spiked-out leather jackets was like discovering aliens and then finding out that I could become one. Now with Utah County’s own Branden Steinekert on drums, Rancid’s Salt Lake shows have become a bit more significant. Their set started with a recording of the Steinekert-penned Real Salt Lake fight song “Believe.” Like most punk fans my age, I’ve seen this band so many times that I’ve lost count, and I’m still showing up. I could rattle off the tunes they played, but Tim, Matt, Lars and Branden hold punk rock godfather status, and the crowd was very pleased and willing to kiss the ring and rock out.

For the encore, both Dropkick Murphys and Rancid took the stage, and what transpired was glorious: a slew of covers from the Ramones to Johnny Cash. Any observer could tell that this was the fun part for those onstage. Sonically, it was immense and messy, but as a celebration of everything punk rock, it was perfect.

After it was all over, I went home with a great night of music in my back pocket and a ringing in my ear that I took as an internal badge of honor.