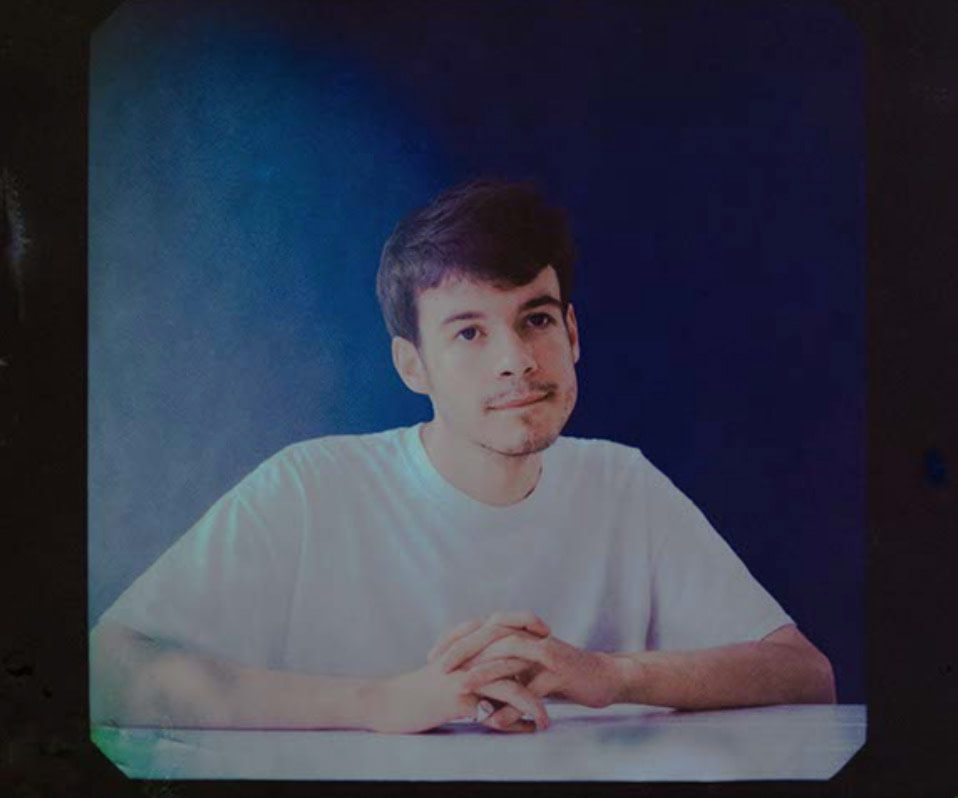 Thursday evening at Salt Lake’s Union Event Center meant heavy traffic as parents and Lyft drivers dropped off their young, corduroy-clad passengers to see Alex O’Connor, better known by his musical alias, Rex Orange County. Those who patiently camped along the venue in the below-freezing weather were allowed access at 7:00 p.m., but had to idly bounce as Mr. County didn’t take the stage until after 8:40 p.m.

Luckily, these concert-goers were especially energetic as they flopped and swayed to the Union’s pop-glazed pre-show playlist that included enough hits to occupy their restlessness and make up for the lack of an opening act. The large venue’s open floor was capable of housing a max of 3,500 attendees, and with the concert having been sold out long before the show’s arrival date, the atmosphere was thick with anticipation.

The event hall was consumed with high-waisted jeans, early ’90s butterfly clips and ruffled tank tops. Although these youthful show-goers are Rex’s primary target audience, the English performer brought together listeners of varying backgrounds for a night of dreamy, electrified bedroom-pop wonder.

Around 8:30 or so, the audience began to shout a chorus of chants, pleading for the main act to finally join them on stage after an hour and a half of waiting. Rex bashfully obliged, stepping onto the scene with a lack of confidence that seemed at odds with the earsplitting screams that landed at his feet. The audience was welcomed with a five-member band that stood doll-like in front of a hazy skyscape—the background, replicating a cloudy, orange sunset or a dotted night sky, blended and molded depending on the current song’s overtone.

“Luckily, these concert-goers were especially energetic as they flopped and swayed to the Union’s pop-glazed pre-show playlist that included enough hits to occupy their restlessness and make up for the lack of an opening act.”

The Flower Boy poster child began the night with the lead single from his album Pony, “10/10.” This track loudly announced Rex’s obvious uncertainty about touring life—he states, “I can’t wait to be home again / I had a year that nearly sent me off the edge / I feel like a five I can’t pretend / but if I get my shit together, this year maybe I’ll be a 10.” This song felt like the perfect opener as it accurately displayed Rex’s transition from youthful, inexperienced musician to a more seasoned act while still maintaining the bubbly nature that is present in the majority of his tracks.

The singer’s doubt and instability was quickly shaken as the crowd’s ovation drowned out any sense of uncertainty he may have once held. Rex’s voice dripped with sincerity as he sang ballad after ballad from an album that expressed his musical growth. At one moment, velvet curtains sank, veiling the other band members as Rex stood alone at the front of the stage. Fans swooned over his silken vocals that were especially rich as he sat with his guitar and entranced the venue. Without speaking, he demanded silence and the hall was hushed. The young audience swooned and lusted at his movements while he hummed along.

This moment was one of the highlights of the night—Rex connected with the show-goers in a way that felt intimate and small, as though it wasn’t actually a crowded space with thousands of guests. His soft melodies felt personal, as if he was singing toward you specifically. Even though we were in the back of the concert hall, his sweetened vocals managed to gleam far beyond the front row.

“Without speaking, [Rex Orange county] demanded silence and the hall was hushed. The young audience swooned and lusted at his movements while he hummed along.”

Curtains rose and the scene shifted to reveal a large, metallic Pony structure, the face of the tour and of his newest album. Although painted as a night sky, the songs maintained their upbeat tone—often, an animated trumpet solo would occur which had fans gushing even more than before. There seemed to be moments where Rex would pause to take in the scene, breathing heavily with a sweetened look as though he couldn’t believe this was all for him. His humility was refreshing and that, combined with the bright lights and poppy, full-throated melodies, made the night one of the most engaging concerts I’ve been to in a while.

The evening closed with “Loving is Easy,” one of Rex’s most popular tracks. Even those who were in attendance that hardly knew Rex were singing along to this colorful, piano-driven single. The crowd bounced to the energetic tempo, matching the pace of the psychedelic lights and forcing anyone around them who wasn’t jumping to dance along. A “We love Rex” encore echoed for a pretty minuscule amount of time as Rex teased his fans before trotting back on stage.

As an artist that seemed to reach greater and greater tiers of fame in the last year alone, Rex was able to actively garner the crowd’s attention and hold it the entire night. Though his lyrics are moody and characteristically youthful, his musical talent and vocal ability ascends the typical “indie-pop”  target audience. His genre-converging albums work for anyone that enjoys bubbling melodies and all-too-relatable verses. Anyone who thinks they can keep up with a highly-energized night of multicolored, flashing stage lights and a bouncing performer should definitely attend a Rex Orange County show. –Jamie Christensen