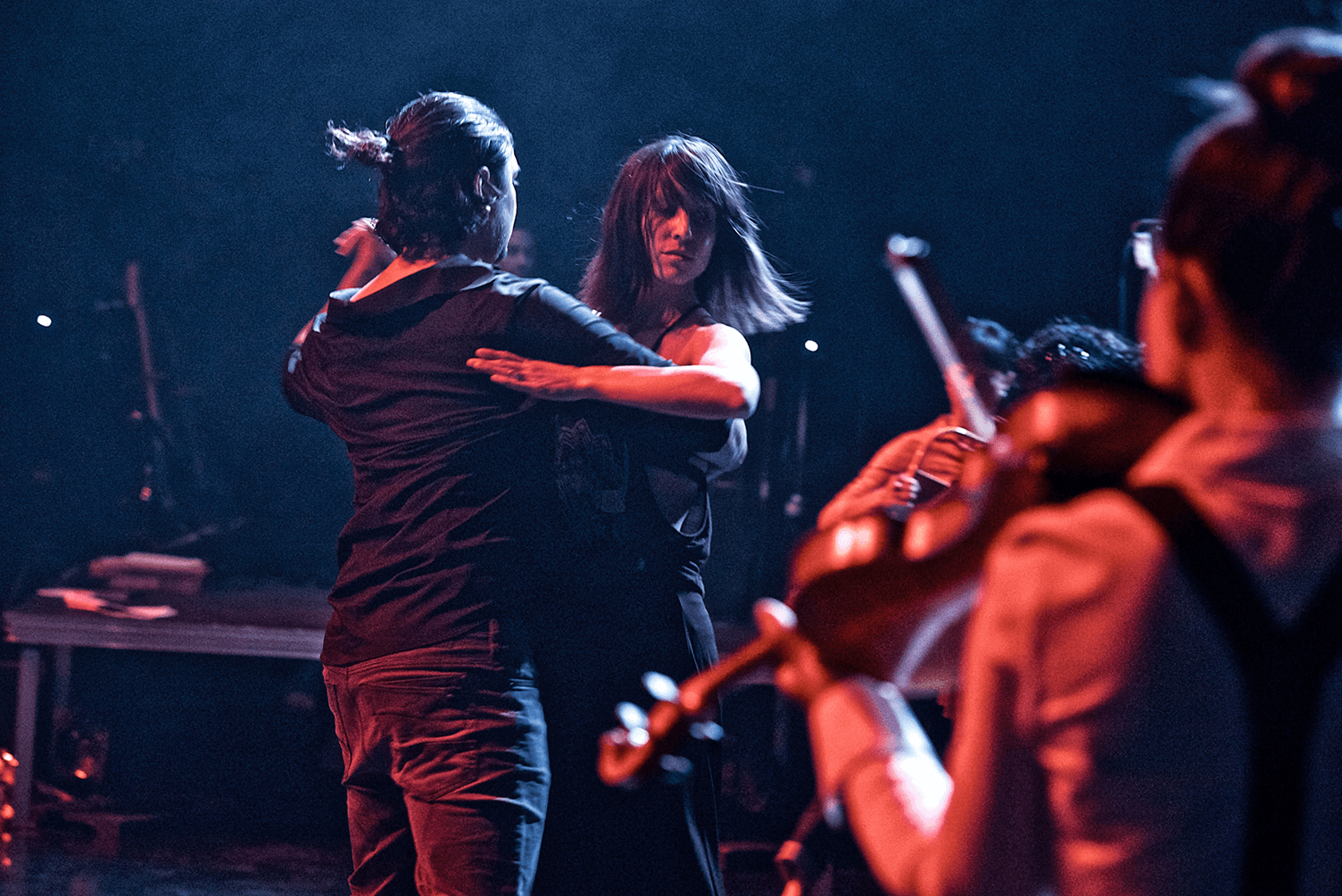 “Crap. It’s All Crap”: A Review of Something Really Big by SB Dance

This is not your typical Utah happy hour. No, leave the kids at home, order a beer and sit as perplexed and entertained as I was through this intimate, close-to-home and bewildering spectacle. A guy walks into a bar … or a club, rather, and a series of events through time unfold into a myriad of irreverent jokes and stories that both make you laugh and say, “WTF?”

I’m not really sure how to put into words the creative genius or plain ’70s trippin’ of Something Really Big, the latest SB Dance production. Are you setting me up for more crap? Or is this legitimate crap that actually relates to the real-life dramas we experience everyday? A time-traveling with a German secret agent, boutique chef, cancer patient, cutthroat club owner and inspirational speaker makes for an interesting evening. The show takes the audience to World War II Germany, to the night of the United States presidential elections in 2016. It was confusing to follow without a program or reference. If you are seeking dance, this production is mostly acting, with a mix of pop music with singing included. I’m not sure that I understand the oddity of the ballroom dance captured in between scenes, however, the Spanish-lyric scene was absolutely breathtaking. 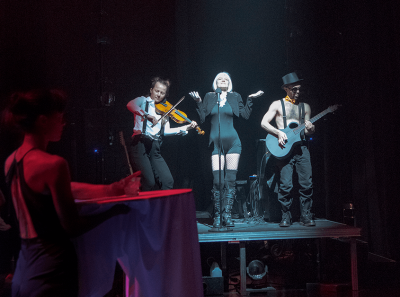 Beginning with crap, and the hilarious association of all things crap, director and choreographer Stephen Brown hits the mark. What is crap? Who is crap? Why do we like crap? The play went from a motivational talk about crap to a scene in a nightclub in WWII-era Germany, and crap joined and then sang. It was captivating but perplexing—we are immediately sucked into a state of “What am I watching?” Though I wasn’t always sure what to think, ultimately, the work depicts the power of women (amid some Hillary references). But there are also subtle moments in which these powerful women are also unsupportive friends to the woman with cancer, as they don’t listen to her as she tries to tell them about her illness—and she’s never heard. Corresponding with my take on the theme—we are all searching for something big, and we all have proverbial “crap”—it’s really about our choices.

The production put on at Rose Wagner Center for the Performing Arts will have a pop-up of the performance June 14, whose location will be announced June 12. There will then be two remaining performances on June 15 and 16 at Rose Wagner—which will be sure to entertain.

Brown pursues deep stories that illuminate a silent world of what many “know.” He characterizes himself as Utah’s alternative-arts maker, and that he is. More New York than Salt Lake City, he offers something no one else does in this town. The integration of dance, drama and story is both artistic and influential. The question remains: Is it all crap? Or is this Something Really Big? See it? For fans of SB dance, yes. And for those that appreciate creativity and art, yes. Even perplexed, it’s entertaining.

Bravo to the cast:

June 14: Pop-up show at location TBA on June 12 via the email list on SBDance.com. Bring a chair and possibly refreshment (depending on location), and donate online as you wish.