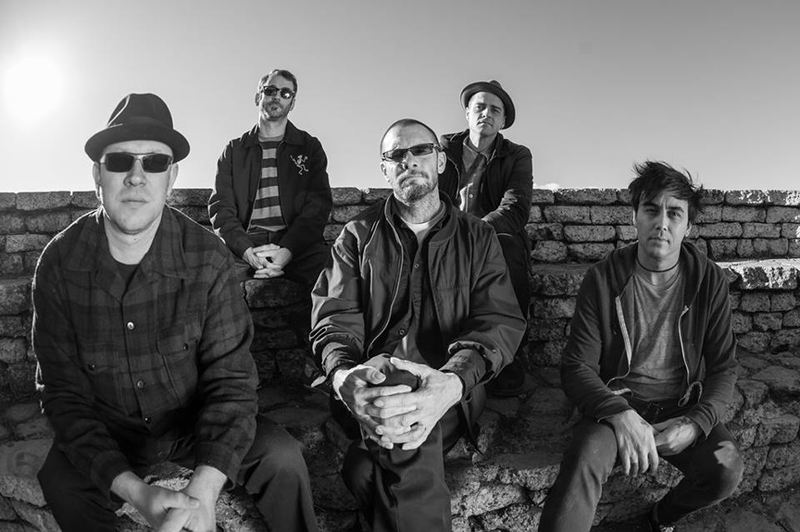 Photo courtesy of the band.

I’ve been going to a lot of punk rock shows lately, and I don’t quite know what that means—if I am I trying to connect with a part of my youth, if I am trying awaken a part of myself, I can’t honestly say. But the Swingin’ Utters are a band that I wouldn’t ever want to miss. I personally believe that the Utters are one of the best representations punk rock has on how to evolve, how to grow and how to remain relevant over the course of a long career. So, I made sure I was on hand for their Salt Lake show.

The Utah County Swillers opened up the show at the Metro with their brand of roots-fused punk. Speaking as a veteran of our local scene, the Swillers always deliver a solid set and somehow are still getting better and better over the years. Ogden’s own Version Two are a three-piece straightforward punk band that really surprised me, having never seen them before, although I will say that their name is confusing for someone trying to look them up before the show to get taste of what I might be in for. Still, they were informal the way a punk band should be, and the songs were tight and pretty damn catchy.

Then comes the main event of the evening: the Swingin’ Utters. Now, I hate to start off with a negative, but for at least the last three times they’ve rolled through, they have come sans their second guitar player, Jack Dalrymple. Now, this is far from a deal-breaker for me, but I am a huge fan of One Man Army, Dalrymple’s former band that he fronted, and have enjoyed his contributions to the Utters’ records. Alas, my dreams of seeing him along with the rest of this powerhouse band were dashed, but that’s okay.

Lead singer Johnny Bonnel’s voice has been seasoned perfectly by years of touring and recording. If I were to take lead vocals in a punk band, or any band for that matter, I would do my best to sound like Bonnel. His voice carries the years of smokey punk clubs all over the world, and he sings these songs comfortably but never lacks the passion to sell the song to the audience. Guitarist Darius Koski takes lead vocals on only one tune this time, even though there’s well over a dozen songs in their catalog he’s sung lead on over the years (he even released a superb solo record last year). I have to scold the crew at the Metro for not paying attention enough to turn up Darius’ microphone when he was singing lead until halfway through the tune, and even when he and Bonnel were sharing lead, his voice was way too low in the mix.

The band played favorites like “Windspitting Punk,” and “Teenage Genocide,” with new stuff peppered in appropriately. It’s obvious that these guys are at the height of their powers as a punk rock unit. One glaring omission from the set was “Next in Line,” maybe their most well-known song. While they have tons and tons of worthwhile material, it’s kind of their signature, but it wasn’t in the cards this time. They did, however, play “Catastrophe,” my personal favorite.

I’m glad that the Swingin’ Utters are out there doing what they do night after night. It makes feel like the world is a little more honest. After all is said and done, we had three fantastic bands on one ticket and a great night of live music.