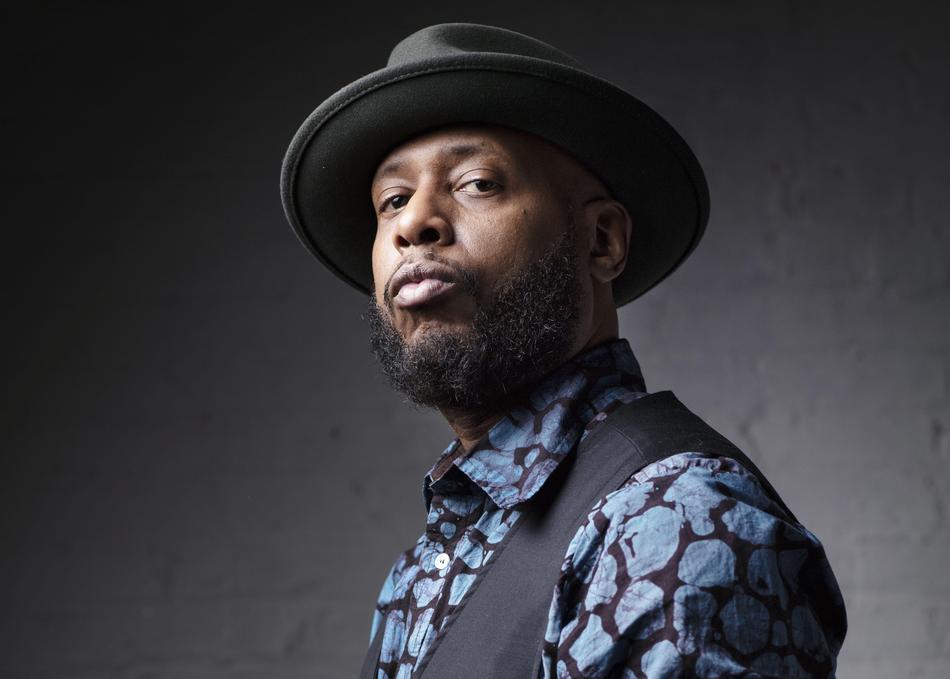 Photo courtesy of the Artist

The latter half of a busy night at Urban Lounge featured one of hip-hop’s most conscious spokesmen over the last 20 years. Talib Kweli took over the mic in front of a jammed house around 11:30 p.m., after his opener started the fire an hour earlier and after the club had to reboot everything from a completely unrelated show that went down just after sunset. I don’t think there was a better place to be in all of Salt Lake on March 3.

The place was packed as tightly as some of Kweli’s deepest raps. I could hardly move around in there, so I found myself a spot and set up camp. The opening act was Niko Is, originally born in Brazil, but now based out of Orlando and on Kweli’s label, Javotti Media. Niko Is was dope. His voice and delivery reminded me of a less violent Cage from Smut Peddlers. Niko’s beats were really hard, attention-grabbing affairs, while his stage presence and charisma held control over the entire room. With the evening creeping away, his set was briefer than it should have been. DJ Spintelect manned all the tracks for both artists and the time in between their performances. He did a great job teasing out songs for the wait, crossing over just a bit to expose listeners to small samples of what was coming next. Only the most astute observers could follow along early in the hints he was dropping.

Then Talib came out swinging with an old Reflection Eternal track, “Down for the Count.” It was a good one to hype everyone up early. He followed that with “Rocket Ships” and “Never Been in Love.” Talib also took a moment to ask the crowd about their knowledge of hip-hop, about J Dilla, who did production work on Quality prior to his death. Kweli referred to him as the Bob Marley and James Brown of hip-hop music. It’s always nice to listen to someone with a profound respect for other influential artists from music’s vast history, hip-hop or otherwise.

There were a couple of tracks from Kweli’s latest release, Radio Silence, before he pulled Niko back to the stage. The two took turns delivering rapid rhymes, both setting the bar a little higher each turn for the other to clear. Neither skilled emcee had any trouble laying it down. It was one of the highlights of the entire set.

Next, and once again, Kweli paid homage to one of the greats by performing “Lonely People,” a song that uses a sample from “Eleanor Rigby.” He began the song by discussing generations and talking about Paul McCartney’s greatness. The song is a good one, performed well—the respect paid was better. He also dropped some Jackson 5 love that the crowd gobbled up with gusto.

Toward the end of his night, Talib finally gave us a dose of Black Star, the album he recorded with Mos Def two decades ago, which is still playable and highly regarded today, with “Definition.” He dished out more Reflection Eternal with crowd favorite “Move Something.”

With the energy at a high, Talib exited the stage. Of course the chants began soon after, begging the living legend to come back to the stage for another song. He indulged the crowd and returned to give everyone another shot in the arm, getting us all up, even the tired and hammered with “Get By,” the one song from all the years, all the albums and all the collabs that everyone in the place knew well enough to rap along with. It was a stellar ending to a stellar night. The crowd had only thinned a little by the end, Urban was still packed with almost too many people, almost. It just showed how many folks were out in need of the energy, the dynamic and the intelligence that has carried and driven Talib Kweli for a long time. –Billy Swartzfager