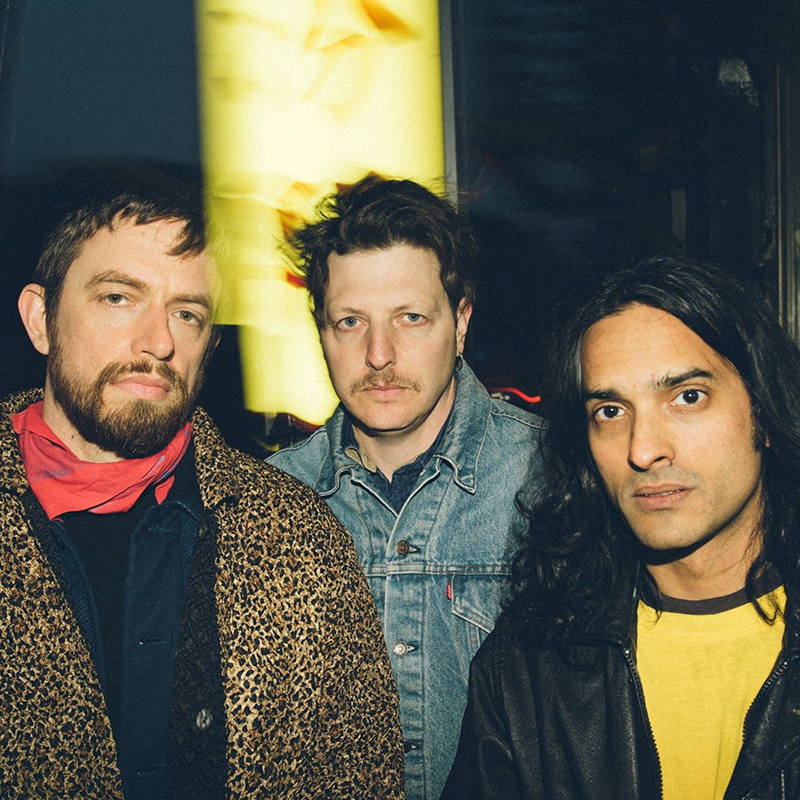 Co-ed shoegaze foursome Oh, Rose from Olympia, Washington opened with a mesmerizing and half-messy set, mellowing the room with songs about cannabinoid-fueled Harry Potter marathons. Their punk Florence Welch simulacrum singer was a fun front woman for their Siouxsie Sioux-meets-psychedelia sound, which would be a stellar addition to any chic hipster bar’s top playlists.

The room filled for the arrival of Yeasayer, replete with aptly holographic and bedazzled stage dressing. A wide array of auditory esoterica cluttered the small stage, and a respectable and similarly eclectic crowd nearly filled the venue. The band opened with 2010’s “Madder Red” and wandered through several songs from the new album, including “24-Hour Hateful-Live” and “Ecstatic Baby,” all-too-topical tunes for the year of their release. I had been eagerly anticipating the chance they’d play my all time favorite, “I Am Chemistry;” alas the evenings slightly-smallish setlist did not abide. Frontman Chris Keating has an energetic presence, writhing cooly around the minimalist space in orange trainers that neatly matched his fiery vibrations. His vocal passion was so abundant as to prompt him nearly exhausting it a third of the way into the set, only to come back triumphantly with his usual fervor.

The trio’s gear setup is significant and smart; one of several indicators of a band with fairly veteran chops after a baker’s dozen-plus-years of musical collaboration. In fact, their equipment is far more flamboyant than the band itself, including an Ableton interface that would make Giorgio Moroder blush.

Alongside their solid prog chops, the band’s signature vocal harmonies were gorgeously on display and were one of the highlights of the band’s stage performance. Known for big, sprawling and beautiful bridges, the set was a solid, albeit quick, sampling of Yeasayer’s weird and wonderful world.

A three-song encore closed the evening’s oddities and sent a sleepy, late-Sunday night crowd back onto the summer streets, satiated from a proper experience of sound. Yeasayer is a winning and still accessibly indie live event for anyone open to an energetic, experimental and melodically complex evening.