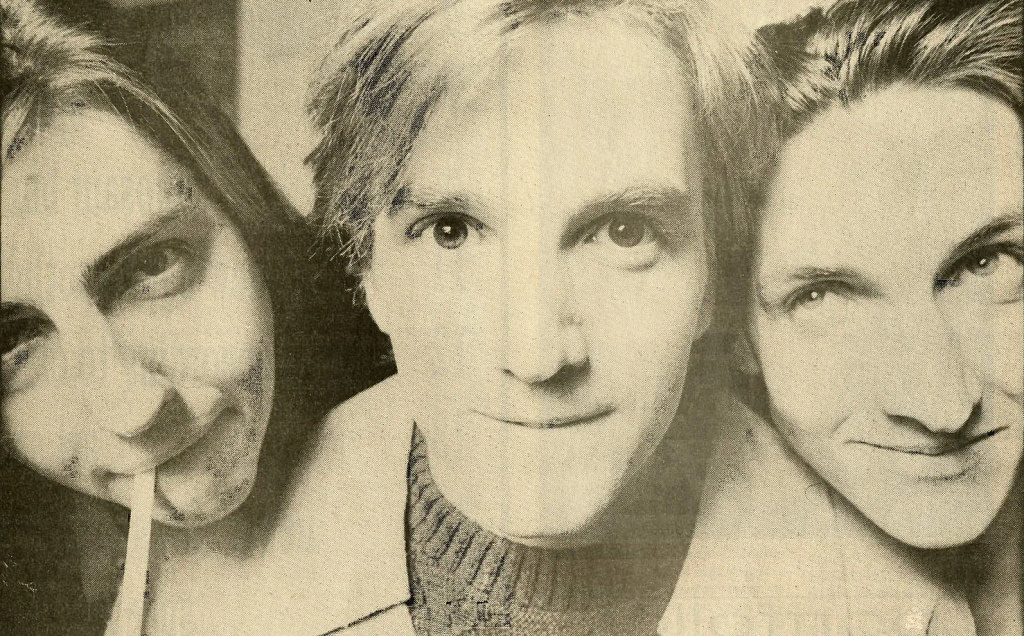 "Move over Mojo, there’s some new hicks on the block."
Photo: Steve Midgley

Move over Mojo, there’s some new hicks on the block. They’re a mangy, entertaining gang of folks who dare to play Osmond songs and aren’t ashamed of their disco heritage. They are Bip, Otto and Shirley, the kings of white trash pop culture, the one and only Dinosaur Bones. Rising  from the ashes of Labido Boys, they have survived personnel changes, financial chaos and the syndication of Charles in Charge to become Salt Lake’s grooviest band.

No matter how ridiculous they may seem and how goofy their set lists are, Da Bones never look stupid for the simple reason that they don’t try to be cool, they just write and play textured, well constructed songs with lyrics that are perceptive and frequently hilarious: “Disco Inferno” (not to be confused with The Tramps’ classic from Saturday Night Fever) takes a stab at meat market groping familiar to any Zephyr patron. “American White Trash” evokes a way of life that only an individual who has spent considerable time in West Valley City can truly appreciate. This is music for kids on mushrooms in ‘74 Novas. On the other hand though they are not overtly a political band. The Bones do have a social consciousness and tackle issues which anyone can understand; Intrascene rivalry, intolerance, and gender exploitation to mention a few.

Dinosaur Bones’ diverse sound has opened up several avenues for the band. They have opened for some of the best bands that have cruised through Salt Lake, including: Soundgarden, Fishbone, American Music Club, Mudhoney and even Mojo Nixon, to name a few.This diversity also gives them opportunities to play several venues that a lot of Salt Lake’s original bands don’t play.

The most appealing aspect of Dinosaur Bones is their complete lack of pretension. Shirley says “You’ll never see me on the cover of any guitar player magazines, I am a songwriter, not a musician…I’d never ride in a limousine.” Regarding The Bones contribution to original music, Otto equates their sound to “some fuckin’ caveman beating on his wife’s head.” Bip says that when it comes to recording it is “Like being in love. If you don’t really give a shit it seems to work better.” The truth , however, is that Dinosaur Bones do give a shit, organizing the Dead Lake project, keeping The Word alive for a year and contributing to the magazine you’re holding in your hand right now. They are constantly improving as a band as well with stronger writing and live shows recently at the Speedway, Bar & Grill and Reptile Records in Provo. If you haven’t seen them live, keep your eyes open for their next show or better still, ankle down to Raunch and purchase their excellent 13 song tape, American White Trash. Put into the test: get yourself a cold-pack of Old Milwaukee, put on some platform shoes (or at least something with fringe on it), turn on American Gladiators and pop that tape in. You will soon be helplessly shimmying and grooving to The Bones unique brand of 100% enriched post-pop gothic disco fury. The only problem with their tape is that it isn’t available on 8-Track.

Future plans for Dinosaur Bones include a 7” to be released in March or as soon as their share of the Dead Lake thing comes back, and a Tour to the West as soon as they can get it together. Additionally, Otto’s philosophy is, “If you can’t put somebody down then it puts you right down there with them.” Bip wants to “Live in a mobile home and play pong.” Shirley’s advice is, “If you don’t have anything nice to say, don’t say anything nice.” Since I’ve already said enough nice things about this band, I’ll quit while I am ahead and leave it to you to go see ‘em and fill in the blanks. I think you’ll be glad you did.

Read more SLUG Archives:
Review: Put Your Shoulder To the Wheel by Nauvoo
Love In America by Bachelors