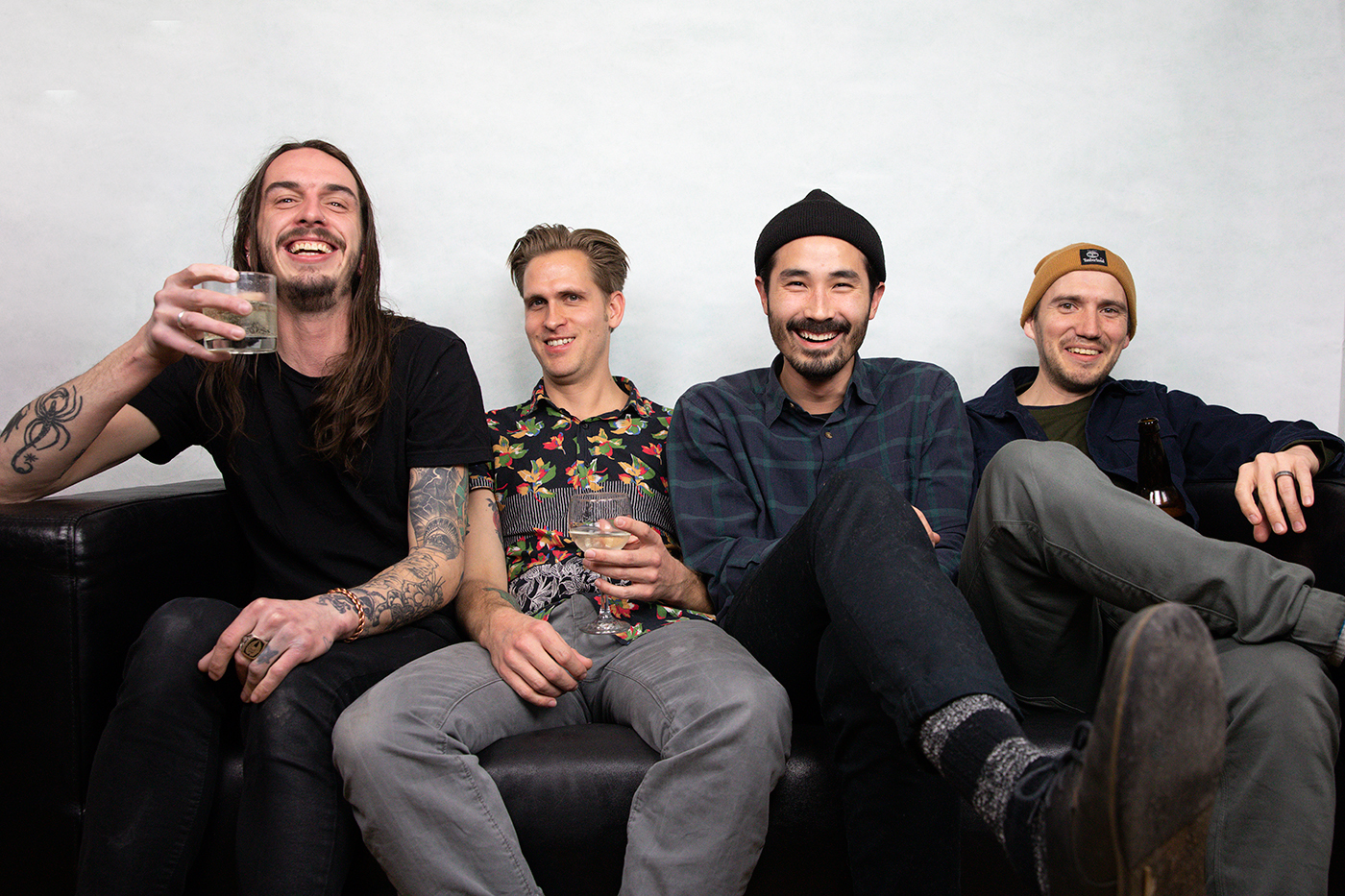 It’s been five years since Beachmen released their second album, Everybody’s Pink Inside—unbeknown to them, that would be the last album they would release. Members Michael Cottle (keyboard/guitar), Kyle Dickson (guitar/vocals), Joshua Hunsaker (bass/vocals) and Evan Vice (drums) came to a mutual agreement to end the band while still remaining good friends—but they are back to play for us one more time. They may not have liked having to end the band, but it helped each member grow in their own ways. “Personally, it’s helped me become aware as a musician,” Vice says.

There is a slight difference between Beachmen’s first album, Beachmen, and Everybody’s Pink Inside, yet they both undeniably sound like Beachmen. Beachmen deliver dance-pop tracks with fruity guitar notes and experimental space noises that remind me of being in a car going on a roadtrip with good friends. There’s no doubt that the same vibe is in Everybody’s Pink Inside, however, that album captures a more vulnerable side of the band, both lyrically and instrumentally.

“We had to step away. And now, it means a lot to do this [again],” Dickson says. As Beachmen are open to playing together again, they want to take a different direction with their newfound perspective. Great communication and collective growth through the years made playing together always enjoyable—“The vibes and whatnot are still there.” Hunsaker says.

In no way were they a jam band, but their practices often ended up becoming jam sessions. Practicing trial-and-error methods and brutal honesty helped them create the music that they have out today. “You throw it at the wall and see what sticks,” Dickson says. All can agree that “Gusher” is their preferred track to play together.

The timing of the reunion couldn’t have been more optimal. Vice and Cottle both admitted to getting butterflies when asked to play again. You can catch Vice in his own band, Night Prowler (@nightprowlergloom). Hunsaker plays in Umbels (@umbelsband), and Cottle creates artwork under the moniker Boom Box Animation (@boomboxanimation). “It’ll be like old times,” Dickson says. If you want to see Beachmen play all their hits, don’t miss them at SLUG Mag’s Anniversary Localized show at Urban Lounge on Feb. 21.