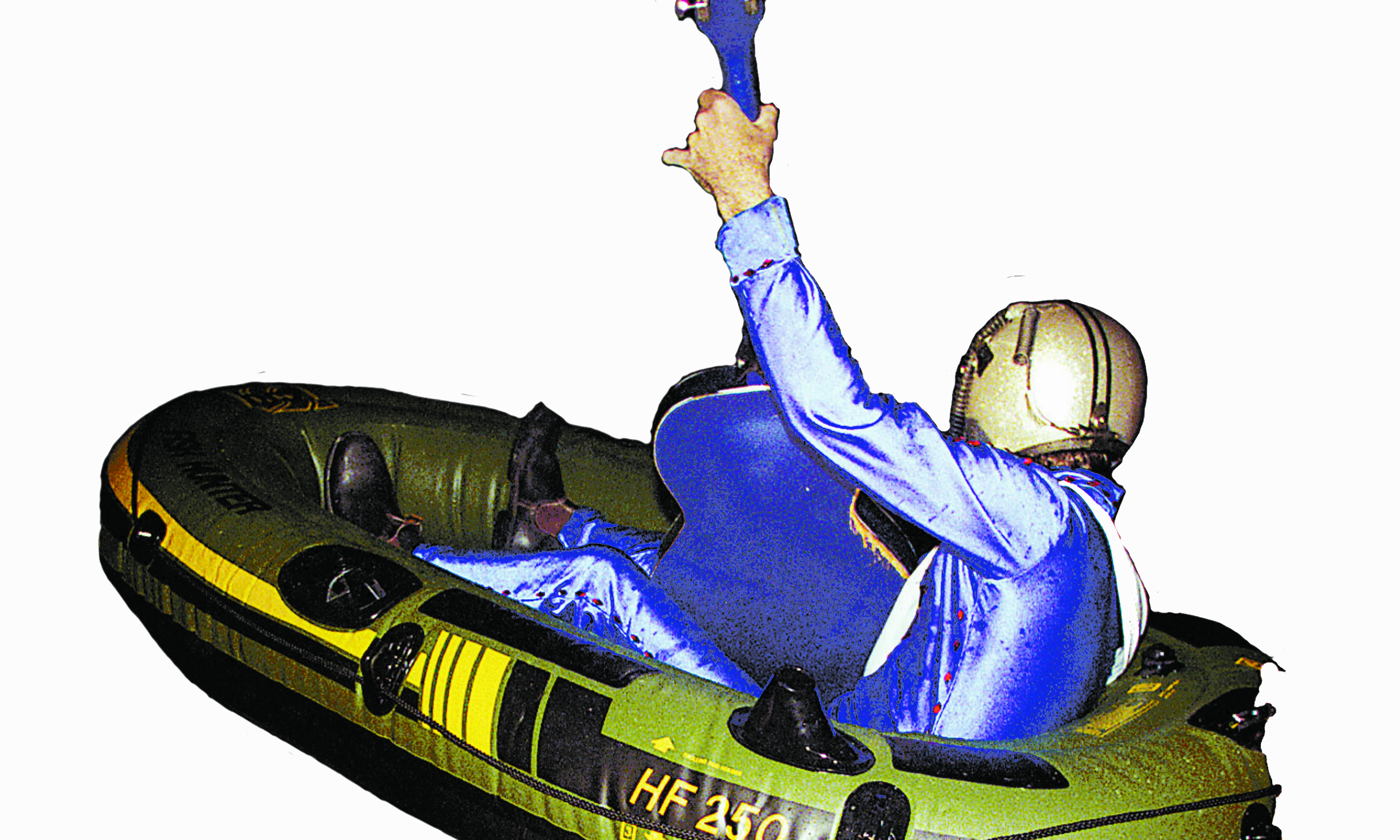 Localized is every second Friday of the month at the Urban Lounge, a private club for members. This month it falls on Sept. 14th. Bad Brad Wheeler’s new band, Pink Lightnin’, will grace the stage with a non-local, Bob Log III. Electric Space Jhiad will open the show. Bob Log III will also play the following day, Sept. 15th at the Monolith Festival at Red Rocks.

Yes folks, you heard it here, Bob Log III is playing Localized on Sept. 14 at Urban Lounge. What could this mean, you ask? Is Bob Log local? Does this mean we’ll see him downtown, selling tacos for a buck? “Man, those are good tacos, but I wonder if it’s really him?” Maybe he’s been here all along, going unnoticed without his trademark guise: a motorcycle helmet, one-piece spandex jumper, and work boots. Was that him at Oasis Cafe, washing spoons in exchange for a tofu wrap?

No, Bob Log is no local, but he’s certainly stomped these grounds before. “It’s been a while, but I love coming to Salt Lake,” he told me. “The first show of the first giant tour I ever did was in Salt Lake City with Crash Worship.” They were playing two nights at Bricks, and the first night he remembers someone throwing a flaming polyester T-shirt into the air. “It landed on a girl who got burnt, fell over and broke her leg. The next day she was at the show again in the front row with crutches. I was like ‘Salt Lake City’s alright!’”

But with this visit, part of a 30 show/30, day tour, Log isn’t going to be able to hang out for two nights. Sept. 15 he heads to the Monolith Festival at Red Rocks. “I just saw the lineup when I got to Tuson last last week, I didn’t know who else was playing. I was just looking at this lineup going ‘Wow, where’s this festival?’ and [realized that] I’m on it.” Erik Lopez, SLUG’s associate editor, and I are missing the show at Urban but catching him in Denver the following day. He assured me that of his one-man performance—he plays bass drum with his right foot, snare with his left and guitar with what is rumored to be a monkey paw—nothing will be lost between the well-dressed intimacy of Urban Lounge and the swea-soaked Dave Mathews enthusiasm of the Red Rocks show.

“It really doesn’t matter, I’m on stage with my guitar. If there’s five people there, 500 people there, 5000 people there, I can’t see. I have no idea.” His infamous motorcycle helmet, fixed with a telephone-mic to give his bare-breasted wit that signature garble, can often get fogged in or clouded with sweat. Perhaps this alienation is what leads to some of his notorious onstage antics, like when he got booked as a mystery act in an Australian festival of 8000 people who thought they were going to be watching Motorhead.

“I got the entire crowd, 8000 people, to start heckling me. ‘C’mon you fucking Australians, heckle me you bastards!’” But when they obliged, Log was reminded that even he had feelings, “Even though I asked them to do it, if you’ve ever had 8000 people screaming ‘Fuck you,’ it kinda hurts.”

Being a one-man band is what allows Log the freedom to play as many cities as he wants, and turn an ordinary tour into the adventure that has become his career. “You play the big festivals, you play New York, you play Seattle … but I love hitting Laramie, Wyoming, I love hitting Reno. People go a little extra crazy sometimes.” sometimes.”

That freedom has followed him into the recording studio, as well. He’s signed with Fat Possum, a nice home for an artist with his own schedule. His deal with Possum is about as sweet as they come; when he’s ready to record an album, he calls them. Until then, neither party seems to worry about it. “I’m a little slow sometimes, like making my new record; I’m taking my sweet time about it. But by the time it’s done it’s gonna be fucking perfect. In fact, that’s what I’m calling it; I’m gonna call it ‘My Shit is Perfect.’”