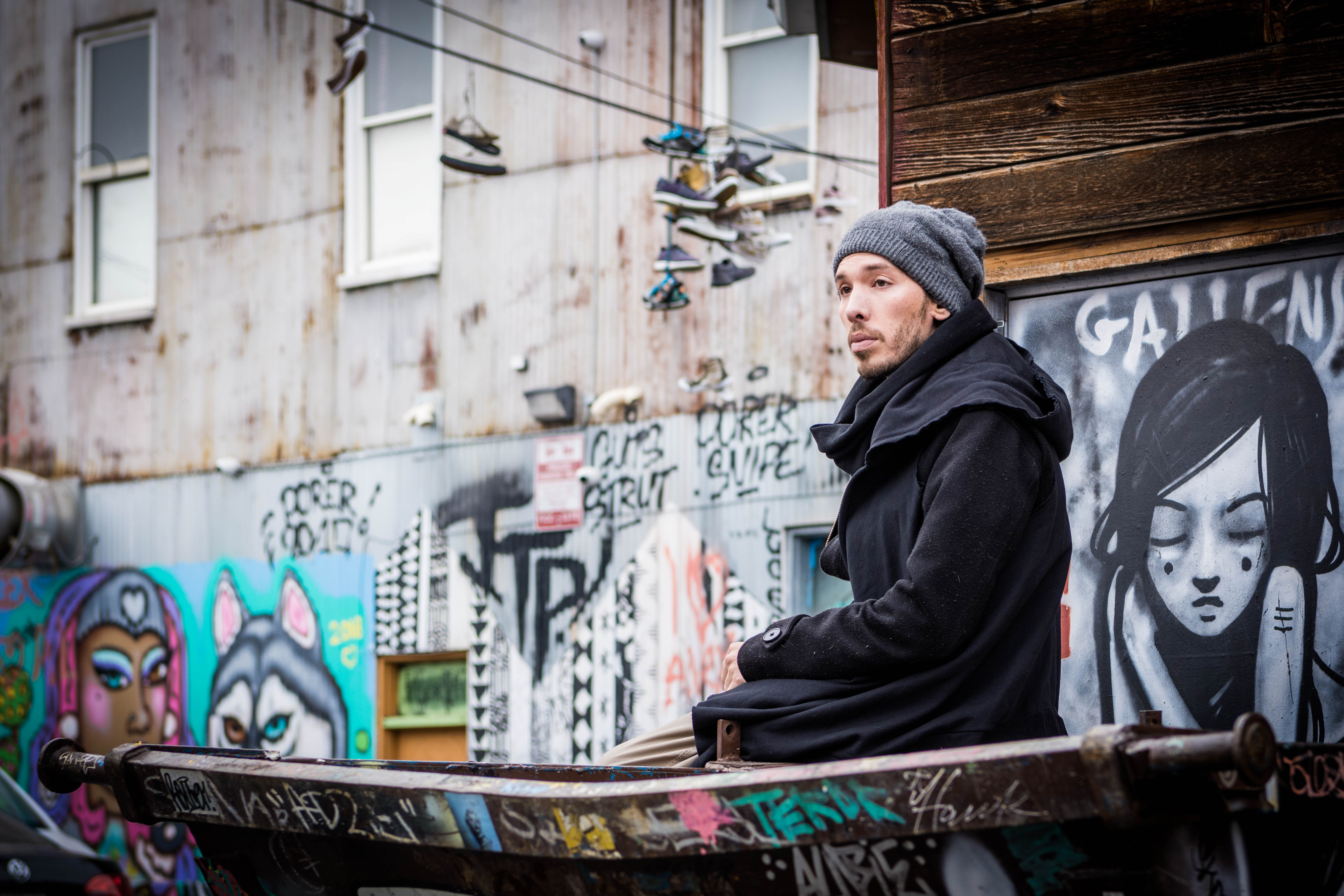 The April edition of SLUG Mag’s Localized will feature some of Utah’s finest wordsmiths. Performances by Heather Grey, Malev Da Shinobi and Earthworm & Clësh will have the Urban Lounge moving with curated beats and thought-provoking rhymes. Come down and toss a couple back at the $5 show on Thursday, April 18. As always, SLUG Localized is sponsored by High West Distillery, 90.9 FM KRCL and Spilt Ink SLC.

In a landscape of trap-heavy music, Soundcloud and autotune, some people seem to feel that the days of deep and thought-provoking rap might be behind us, but if you look hard enough, you can find gems everywhere. One gem in particular is holding it down in the Beehive State going by the name Malev Da Shinobi. With his arsenal-like vocabulary and view of a bigger picture, he is able to create music that is relatable and accessible. Malev is pumping out some of the most pure old-school hip-hop to date with a ’90s-underground-style flow and instrumentals that wouldn’t sound out of place on a Hieroglyphics album. This flow allows his words to come organically, first that flows with the instrumental and with meaning behind each word. Malev is someone who carries himself humbly and with humor, a contrast to his deeper and serious delivery about the subject matter in his music.

Malev making music has been about opening himself up, putting himself into his songs, and connecting with everyone who is listening. He found his interest in it through finding beats online and writing to them for fun. After high school, he was introduced to Spy Hop, where he worked on his writing so that he could make his 30 minutes on the mic worth every moment. “When I would write, it would be about things I was going through, and I realized if I was going through it, I probably wasn’t the only one,” he says. “I write almost romantic letters to the way I am feeling so that I can learn from them. The things I write are very personal but very relatable, in a way.”

“It [my music] has attracted people who are looking for something original—they don’t want something manufactured or fake.”

Malev writes to reach to others through his experiences, but in a way where anyone can put themselves into the point of view of the song. “When you listen, I use the descriptor ‘one’ a lot so that you can kind of insert yourself into them [songs],” he says. The subtleties Malev imparts to his songwriting are where he shines. He wants listeners to relate to his music without him telling them how to feel or approach the thoughts he invokes with his music. Malev says, “The way some songs are presented can be limited in what the listener can take away from it, like you need to be in the right headspace when people are trying to force a cheery vibe. So I try and stay away from words like ‘uplifting’ or others that feel like they are trying to force an emotion out of you.” Malev thinks that what you get out of  song should be as natural as what he is putting into them, using instrumentals that he can connect with and that he can perfectly add vocals to.

Malev feels that he’s been lucky in a way, from his approach with making music that he is able to reach people by producing a natural product. “It has attracted people who are looking for something original—they don’t want something manufactured or fake,” he says. Malev takes pride and finds interest in the people who listen to his music, and wonders what they do when the listen or what emotional reaction they get. “I just want to ask people, ‘What was it like when you heard this?’ ‘How was the lighting?’ ‘Was it in the morning?’ ‘Was it late?’ I would like to know, ’cause when I listen to music, I have to be in a mood—music is very [studious for] me.” It’s interesting to take his approach as an artist, not wondering if you are turning up to his track but what the moment is like and what your environment was when you heard it.

“I want my songs to be obtainable to international audiences.”

Localized is a celebration of our local artists and the scenes they are a part of, but for Malev, it’s something where he can reach out and see the people who listen to his music in the moment. Malev told me a story before we parted ways about how one of his favorite fan interactions was when a guy reached out from another country saying that he and his roommates listened to his music daily. “English wasn’t their first language, and they were listening to my music as a tool to better understand rhythm, pacing and [aural] information from my raps,” says Malev. “I want my songs to be obtainable to international audiences.”

Beyond being a talented rapper, Malev keeps busy creatively through his day job of creating commissioned paintings as well as freestyling on his Twitch stream. Malev is able to look through the world through a lens that others can be familiar with, and you get to understand that, from even just speaking to him for a moment, he is able to see the creating and performing beyond just music and tries to understand his fans on an emotional level. You can catch Malev at Urban Lounge for the April 19 edition of SLUG Mag’s Localized.