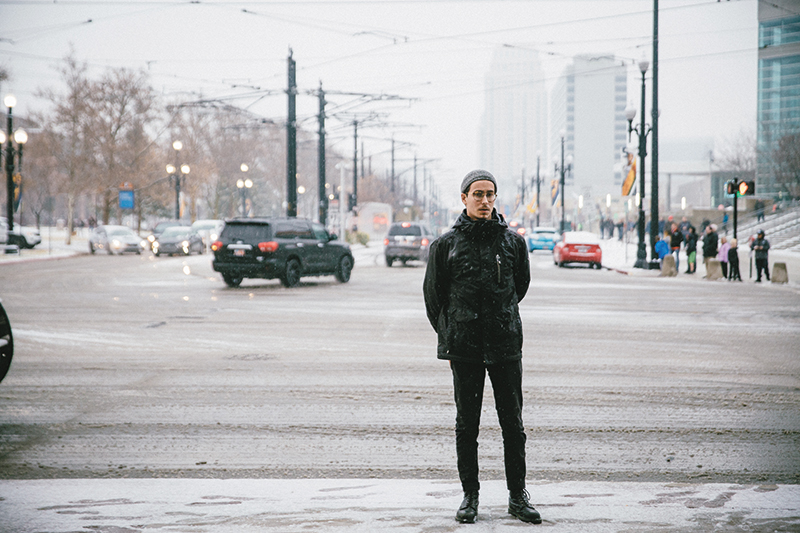 February is the month for lovers and longing. As the snow begins to melt and spring is around the corner, we look to explore Salt Lake’s shoegaze and dream pop outfits, bands whose textures and atmosphere mirror and accent the approaching season and farewell to winter. This month features the swirling, hazy sounds of openers Diotima, the dreamy, twee-esque tunes of Cupidcome and the crushing, visceral walls of sound of No Sun. Come join us at Urban Lounge on Feb. 15 for our own bloody valentine! As usual, SLUG Localized is a free, 21-plus show and is sponsored by Uinta Brewing, High West Distillery, KRCL 90.9FM and Spilt Ink SLC.

By Salt Lake standards, No Sun is an interesting and refreshing band. In a small-market city lucky enough to be saturated with great bands, No Sun offers a unique blend of dreamy textures, which set the backdrop for emotive vocals and songs that break into spiraling, whimsical riffs. These create dense layers of sound, tastefully combining elements of shoegaze and dream pop without ever recycling the past or sounding derivative.

No Sun began as the personal project of singer/guitarist Jordon Strang, its constant driving force. Eventually, it turned into a full-fledged four-piece but has since moved back into being the sole musical outlet of Strang. “When I started the project, originally, it was to fill a certain void and to have a way to express myself,” he says about its beginnings. Started in the winter of 2013, No Sun has since gone on to release an EP (Warm, released in 2015 on Don’t Look Down Records) and a full-length, If Only, released in January of 2017 on Native Sound.

Humble, soft-spoken and intelligent, it’s easy to connect the dots between the honest and intrinsic music of No Sun with Strang. Going back to his formative years, Strang says that he took after his father and began playing music at a young age, beginning with a drum kit they had in the home before moving toward guitar as a teenager. His first big venture into music was with the band Fever Dreams, which, as Strang puts it, drew more from a hardcore and black metal influence, a stark contrast to the lush textures and otherworldly sounds that No Sun conjures.

Moving from a dedicated four-piece band back to a personal project has not been without a transitional period for Strang. When asked about the differences, he says, “[In the past,] I would kind of approach the band with certain ideas and we would build from there, and now, it’s just a lot of playing every day, cataloging parts and ideas that I like, and developing a lot of options. Just recording demos on my phone.”

No Sun has a reputation for playing at an extremely high volume—one thing that won’t change with upcoming shows even as the project evolves and continues to get dreamier, prettier and more introspective. “We are very loud,” says Strang with a grin. For live shows, he still intends to adopt the standard four-piece band approach that No Sun has always used, involving more of Strang’s close friends whom he’s known for a while, as well as members of other local bands. “More of the same,” he says, “just as fine-tuned as possible: dreamier, gazier, heavier.”

Releasing If Only was a nerve-wracking venture for Strang. “Being on Native Sound was kind of a whole new level for us,” he says. “It brought about this seriousness to the project that wasn’t there before. I feel like we all had to step it up.” Strang made the connection with Native Sound through Kristina Esfandiari (Miserable/King Woman), and subsequently embarked on a nationwide tour (and branched into Canada) this past year, playing shows with labelmates Planning For Burial and Neaux. “[Touring] was really awesome,” he says. ”Just to be in a different country and have people appreciate what you are doing so far from home, it means a lot.”

When asked about future plans, Strang says, “I’m excited to move forward. No Sun has been able to do things that I had only dreamed of doing before. We’ve been able to play Canada and tour across the country. [No Sun] has transcended what it began as.” Strang states that he plans to continue touring and to release another album in the near future, something he is actively working on. “I’m excited to continue doing this: to continue playing shows, continue writing songs at this stage of the project and just keep doing the damn thing,” Strang says. “As long as I am around, No Sun is going to be around.”

If Only showed clear maturation and growth from the Warmth EP, which was already an engaging and impressive release. Keep your eyes on No Sun (facebook.com/nosunmusic) as the project continues to evolve and release more intimate and absorbing music.