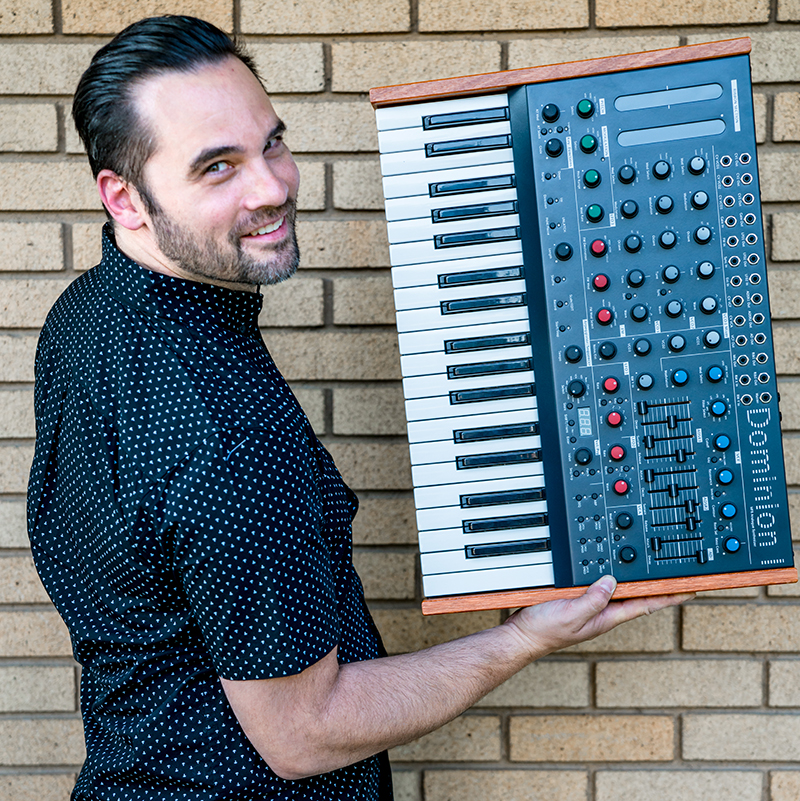 It’s time for Localized to stage the city’s wire-fiddlers and underground electronic craftspeople. Matthew Fit’s low-key, dubbed house starts the night off, followed by the dance tracks of Matthew McMurray before exploding into SIAK’s driving, distorted techno tracks. Sponsored by Uinta Brewing, High West Distillery, KRCL 90.9 FM and Spilt Ink SLC, the free, 21-plus show at Urban Lounge takes place on Sept. 21 and will be a perfect night for anyone interested in exploring the city’s experimental dance scene.

“I’m not interested in fluff, I’m interested in substance,” says Chris Nielson about his music under the moniker SIAK. Heavy, hard and forward-moving are other words that come up frequently in our conversation. His intentions aren’t lost, as SIAK’s music relies on heavy techno beats and syncopated synthesizer loops, creating driving, danceable music.

“That is the aim and goal. Either to get people to dance, or move or do something,” says Nielson. In order to reach this point, he notes that his primary influences are from older dance music. “I definitely make techno tunes and I definitely make ’80s breakbeat electro tunes, and often combine the two,” he says, continuing that “my sounds are definitely ’80s futuristic–inspired, but at the same time, I’m always trying to make new sounds with the hardware that I use.” Finding a way to bring the past into the present, and then the future, is Nielson’s goal.

These processes of sound discovery and mediation of ideas can be intricate and work-intensive for Nielson. “It’s easy to make a sound on a synthesizer because you can turn it on and just switch the knobs and experiment, but it doesn’t always lead to useable things,” he says. “There can be days when I can create things that are neat, but they’re not useable for what I’m going for.” Nielson articulates what to most would seem like an arduous process of trial and error. He approaches this more as a necessary hurdle: “I would say most electronic musicians deal with that.” Commitment and a near-exhaustive work ethic are a crucial part of Nielson’s character, relating back to his roots in electronic music. Since the ’80s, Nielson has been drawn to synthesizers, to the point where he wanted to commit himself to an exhaustive extent. “At one point, I thought I could hear all of the electronic sounds,” he says. “I thought that there was a finite number, and I wanted to hear all of them.” It was a quest that he eventually realized was futile, and in 2002, he decided to  explore electronic instruments. When he started, all he had was a drum machine he found at a pawn shop. “I learned every bit of that machine,” he says. “I just filled that thing up with my own beats and went from there.”

Since then, Nielson’s instrumental palette has greatly expanded (his live rig alone contains multiple synthesizers, samplers and drum machines), as has his knowledge of synthesizers. This knowledge is represented best by his taking over of Squarewave Sound (squarewavesound.com), an electronic instrument shop. For about a year, Nielson has single-handedly owned and managed the store, giving an intimate opportunity for Salt Lake City residents to shop for high-quality synthesizers locally.

Nielson’s live performances as SIAK add something to the consumption of his music. Besides watching him navigate the intricate synthesizers (which is bound to be a bit of electronic acrobatics), Nielson’s relationship to the crowd and a live atmosphere affects his performance. “I can change it up at any moment,” he says. “If I feel a certain vibe that I needed to convey, I can go to those different movements.” While he has a general formula (start off softer, move toward heavier music) the response is key.

One of Nielson’s  main associations is with the electronic label Hel Audio, as founder and label head Karl Jørgenson and Nielson share roots. “We started making electronic music at the same time, and we became friends through our music,” says Nielson. “My very first release was a split with Karl, way before he started Hel.” Nielson still releases music through the label (see 2015’s PHD), and in the next few months the two are releasing a recording of a joint live set from earlier this year.

Further, Nielson—who’s been involved in the SLC underground electronic community for over a decade—sees Hel Audio as a wonderful and essential label for the city. “They’re at the forefront of underground electronic music, as far as a record label goes,” Nielson says. “No one was really doing what they do before them,” a move, he notes, that is having a spreading effect. In the last few years, Nielson has noticed more people creating underground electronic labels, including the new label Lost Dad—started by local musician Plexøs—which recently released SIAK’s single “The Aviary.”

Another benefit of Hel Audio for Nielson is their physical releases. “It’s cool to me to be able to have something with context,” he says. “Even if you don’t have a tape deck, you can still own something attached to the music.” In the end, this desire for physicality is of high import to Nielson. From his visceral, body-shaking music to his commitment to live production instead of prerecorded sound, Nielson and his SIAK project subvert the notion of contemporary electronic music getting lost in the ether of computers.

Editor’s Note: The original version of this article misspelled Chris Nielson’s last name. The changes have been amended.