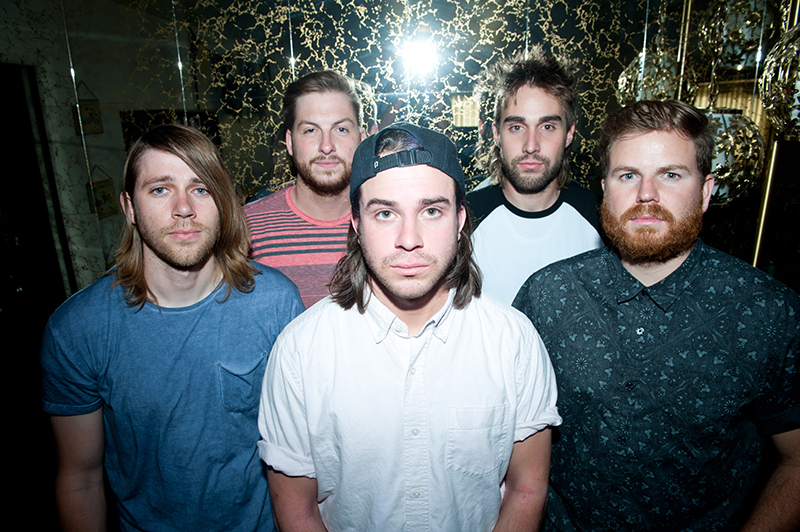 Feel-good indie rock and hip-hop are going to be filling the Urban Lounge as they once again host some of the Beehive State’s finest musicians for Localized, brought to you by Uinta Brewing Co., KRCL 90.9 FM and Spilt Ink SLC. The event will be held Aug. 20 at 8 p.m., and with the affordable admission price of FREE, you’d be doing yourself an injustice by missing out. VanLadyLove kick off the night with their toe-tapping, high-energy sound, followed by Static Waves, whose addictive guitar riffs and moody backbeats will keep the party moving. Finally, the show will be taken over by Mimi Knowles, who will bring down the house with his refreshing mixture of intelligent lyrics and spirited beats. Check out Facebook for more info.

Static Waves are an upbeat indie-rock five-piece from Provo, Utah. The group has been together for almost two years and has the progress and determination of a group who has been playing for decades. Their six-track self-titled album demonstrates that Static Waves are serious about the music they create, and makes one look forward to what the future has in store.

Static Waves began two years ago through the good fortune of frontman Jesse Hart when he had the idea for what he wanted in a live band. He formulated the idea and grabbed fellow Orem High School classmates Austin Cross (guitar), Justin Woods (keyboard) and Cade Tueller (bass), who would then bring Cory Beighley (drums) into the band. “Austin and [Woods] are good friends, so they started to come over,” Hart says, “so I really only had to contact two people, and then they knew people.” The pieces all fell into place, and the group has been writing and creating new music ever since.

Static Waves, as a group, are always changing and growing, aware that their current sound is not their final stop. Their current sound is a mixture of memorable guitar riffs paired with dreamy synths and lyrics, brought together with foot-tapping rhythms reminiscent of bands like The Killers, Imagine Dragons and Gold Fields. Static Waves balance the line between soothing melodies and powerful vocals. “I’d say we are indie rock, but there are definitely some new grooves we are messing around with,” Hart says, when asked about the band’s genre. “I would say, as we are evolving as a band, as musicians, our sound and style is evolving with us—it’s hard to define it.” This sound is clearly working, seeing as they have found immediate popularity in their first two years in the Salt Lake City and Provo scenes and have taken advantage of growing demand in local music venues such as Kilby Court, Liquid Joe’s and Club at 50 West. “There is a big demand for music—we get requests all the time. Since we started, we haven’t had to go out and search for a show,” Hart says. At Localized, one can expect a live show that fully embodies their sound, with each musician putting themselves into their music as they play.

Hart writes most of the material for Static Waves and tries to find inspiration from all over. The song “Prisoners,” off of their self-titled album, came to be while Hart was watching a movie of the same name. “I figured out a rhythm that it would follow, and I just wrote that, brought it to the band and we put that song together in a day,” he says. “All the words came easy.” Static Waves are constantly finding inspiration and trying to write new music. Their writing process follows the same style—their songs start as a melody or chord progression proposed by one of the members, and then is broken down and brought together as a whole piece once the other members take time to add to the song. Hart walked me through how another one of their songs, “Pull Me Closer,” was pieced together: “‘Pull Me Closer’ came to be when Austin, our guitar player, wrote the chord progression and had a melody idea,” he says. “Then the bass player and I got together and figured out the chorus. A lot of the time, it’s a team effort.”

Music has always played a part of Static Waves’ lives, whether it be passion, hobby or hatred. In junior high, Beighley wanted to be in a band and tried for two years to get a drum set for Christmas. After finally receiving it, he didn’t see music as a serious opportunity until joining Static Waves. “It was always just for fun,” says Beighley. “It was always just a hobby up until I met Jesse—he seemed like the first person who brought music to the table as a career.” Beighley’s been serious about the drums for two years now, and he plays with an infectious rhythm. Cross also turned his hobby into the driven guitar-playing he performs today. Tueller switched from pursuing both guitar and bass to eventually find himself as the bassist of Static Waves. Hart always knew music was a passion of his: He used a Talkboy at the age of 8 and watched a Buddy Holly video on repeat to inspire him and his songwriting. Woods started when his mother made him take piano lessons, and he resented playing. Not until picking up the cello in junior high and playing in different bands throughout high school did he realize that he loved everything about music, which led him to become the electronic edge to Static Waves’ sound.

Static Waves are still a band in its infancy, and although their sound is growing, its mature and high-quality. The group is looking to keep improving, all while creating music for the masses to enjoy. Static Waves can be found at their website staticwavesmusic.com and live at Urban Lounge for August’s Localized.