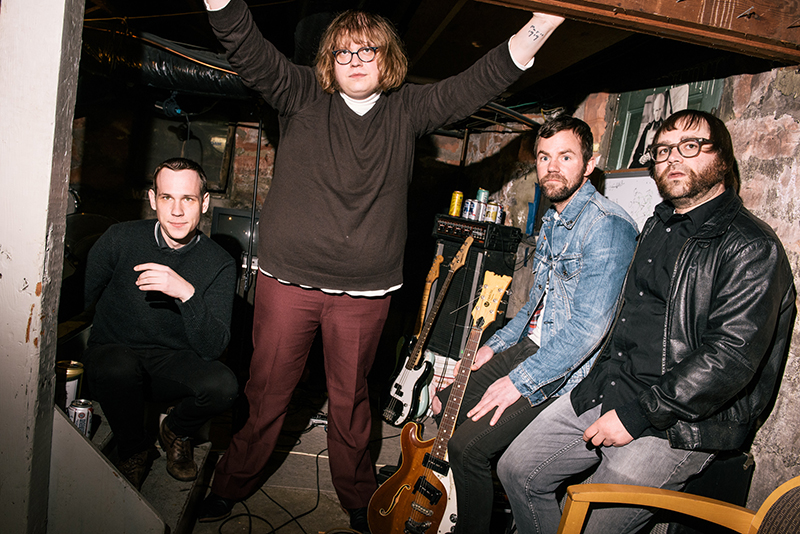 For May’s SLUG Localized showcase, concertgoers and troublemakers alike will be graced by three of Utah’s most notorious punk acts. Opening this night of mayhem and debauchery will be Revolt, with Ogden darlings Jail City Rockers and Salt Lake’s own The Nods headlining. This is a night not to be missed, so come out May 20 to Urban Lounge and dig this, sponsored by Uinta Brewing Co., KRCL 90.9 FM and Spilt Ink SLC.

The Nods are a force to be reckoned with. Their membership boasts veterans of Salt Lake’s diverse music scene—Joey Mayes, Zach “Rocky” Maldonado, Travis Michael and Sean Michael Vincent—whose combined and individual appreciation for music is nothing short of incredible. The band formed in 2013 when Mayes and Maldonado started to hang out and jam after work. “[Mayes] said that he was working on a project called The Nods, and I thought that name was really funny,” says Maldonado. “But he was saying he was doing this band, so I jokingly asked, ‘Let me play tambourine with you guys,’ and he was like, ‘You should just fucking sing.’” After going to Mayes’ house with expectations set low, Maldonado was pleasantly surprised to hear a sound that reminded him of 45 Grave. Mayes recruited Michael to play bass, and after going through several drummers—including Samp Ravens/Brain Bagz’s Mikey Blackhurst—Vincent joined the band in November 2014. “I saw The Nods several times,” he says. “They were always underdogs—not very noticed. I liked it. It was mainly my interest in the band that got me into it.” Once Sean joined the band, Maldonado says, “That was the nail in the coffin.” 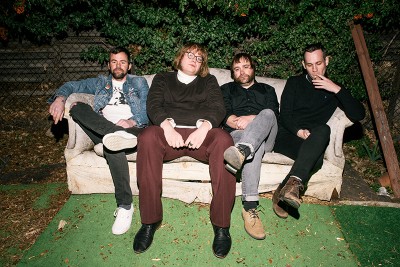 Now complete, The Nods profess a wide variety of musical tastes. When starting out, Maldonado and Mayes connected on music from the ’60s. “I really don’t like newer music that much,” says Maldonado. “Genuinely, I like older stuff.” Their overlapping tastes are best described as a venn diagram: There are some similarities, but everyone has their particular tastes. Michael likes metal and punk, Vincent has an affinity for shoegaze, Mayes enjoys blues and rock n’ roll, and Maldonado digs all things psychedelic. About The Nods’ sound, Vincent says, “People like to point us out as a psych band or a garage band. You can call us psych punk or you can call us garage punk—I don’t give a shit.” Arguably, though, The Nods’ diverse influences inspire when combined. When The Nods burst onto the stage, it is with a stunning and brilliant display of aggression.

Over the last year, The Nods have taken Salt Lake City by storm. They’ve opened for groups like Nobunny, The Coathangers and Ex-Cult. The band’s March 2016 show with Timmy’s Organism was an unforgettable experience for The Nods. “I’ve never been more excited to play a show,” says Mayes. “Those guys really like us,” says Maldonado. “We got compliments from them after; the bass player from Timmy’s Organism gave me his phone number. They wanted records and shit—they were bummed we didn’t have any tapes with us.”

Still buzzing, The Nods have tentative plans to move forward. They are currently armed with a Bandcamp that hosts their album, Ariadne’s Thread, which is available for stream or download. The album is also available on tape, but it is currently in limited supply. However, there is word of new material on the way. “In the last six months, we’ve been in like fucking hyper drive,” says Maldonado. “We’re putting out a 45 that should be out sometime in the fall. We recorded this ourselves. We’re having this put out by this local label—really cool people run it, named [Rob and S. Dian Johannes]. It’s called Hail Atlantis Records.” The single will have the previously released “Chromatic Recollection” and a new song called “Public Eye.” Joe Foster, who has worked with Television Personalities, Primal Scream, The Jesus and Mary Chain and The Pastels—and who co-founded Creation Records—will master the new single. Once the single is released, The Nods hope to make more tapes and conduct a tour in the fall. The Nods plan to book a tour that will have them playing with familiar acts. The logic here is that by playing with groups who know them, the Nods will be able to maximize their audiences so that more people will have a chance to check out their sound.

Before then, readers will be able to see The Nods headlining SLUG Localized on May 20 at Urban Lounge. It’ll be an absolutely captivating performance, and to miss it would suggest poor judgment—so be sure to come. As always, Localized is free to the public. Check out The Nods’ music at thenods.bandcamp.com.