SLUG Mag Soundwaves
Episode #392 – Homephone
00:00 / 17:29
Spotify Stitcher
RSS Feed
Share
Link
Embed
The lyrical content of Control’s music provokes strong thought on sexual topics, some people find taboo in society. He finds the passion for his songs in the world around him.

A Brief Moment with William Control 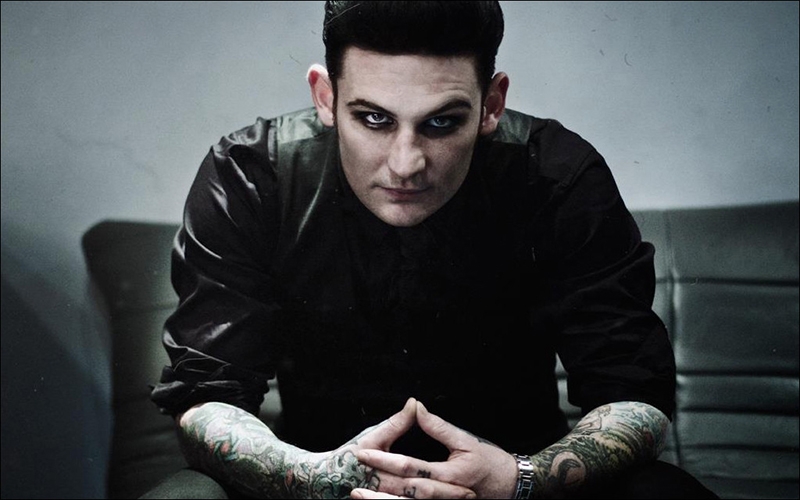 Electronic artist William Control will stop by In the Venue on Wednesday, May 6.

Electronic musician William Control has been touring almost non-stop for at least the last year and a half. He paused for a moment as he was preparing for the North American leg of The Punishment Tour to have a brief chat about his music, his side project Aiden and his writing.

By his greased-up pompadour and crisp suits, you can see that Control has an older sense of style. Taking this into consideration, it was not shocking to hear that he was influenced musically by the legendary greats. He listed his influences as Elvis Presley, Johnny Cash, Frank Sinatra and Sam Cooke.  When I asked about newer artists he said that there are not really any that inspire him. He is a gentleman that appreciates the simpler yet finer music and styles of days gone by.

Control has been creating music for close to 20 years now and his current project was started in 2008. When asked about his musical works before it, he said, “I had a couple of bands that are not really noteworthy before that, but I have been making music and writing to some capacity since I was 11 or 12 years old.”

Aiden was Control’s first major punk project. He describes its style as “along the lines of Misfits-meets-Metallica punk rock sing-along songs with metal guitar riffs.” Aiden will be taking the reins as he prepares for its new release coming out in October. It was while performing in this band that he decided to take vocal lessons. Singing as a punk vocalist nightly can put stress on your vocal cords. Control wanted to learn how to sing without trashing his voice on a nightly basis while on tour and this is where his well-trained, now refined voice was established.

Control is not only an established musician but he is also a published author. He does various styles of writing such as short stories, poetry and novels, as well as his music’s lyrical content. His Revelator series of novels tell a story of lust, hate and passion, which stimulate you and take your mind on a journey through darkness. He also has his published poetry works that you can purchase on his website. In Control’s performances, you can see a portrait of the famous writer Edgar Allan Poe tattooed on his chest. “I like the way that he writes—eloquently,” says Control. “It’s sort of a dead language that really doesn’t exist anymore. He writes beautifully.” It is more the honesty than the darkness in Poe’s work that draws Control.

Control is not one to censor his feelings about the darkness of human sexuality, and BDSM is referred to in his books, in his lyrics and is consistently shown in his videos.The lyrical content of Control’s music provokes strong thought on sexual topics, some people find taboo in society. He finds the passion for his songs in the world around him. One instance of this outlet of creativity is where he will come out to start his set in priestly garbs with Gospel music playing. He clearly wants his religious views known. “I am not pro-religion, I am more of an anti-theist. I just like the irony of it.”

William Control is the headliner on The Punishment Tour with Justin Symbol and Requiem as support. We are lucky enough to have the US leg of the tour kick off here at In The Venue on Wednesday, May 6. I have never been let down by the level of energy that this band puts out there. Aiden will be taking the reins for a while, so this is your last chance to catch him in this project for about a year or so—you do not want to miss it.